How changes in legislation will affect the mortgage market

Marat Gallyamov, director of Etazhi-Kazan RA included in the federal network of realtors, shares his opinion about the situation in the mortgage market in the light of changes of legislation in construction from since 1 July, planned rise in VAT to 20% and the consideration of the term ''subsidised rate'' deliberately for Realnoe Vremya's readers.

The grass is always greener on our side of the fence

And I want to turn to foreign countries' experience again: did you know that accommodation price in 7 biggest cities in Germany had risen by 31,5% in the last years, according to Emirica institute's research? Leading German business newspaper Handelsblatt says prices for realty in some regions and cities of FRG double every several years. For instance, in Munich, prices for houses and flats have risen by more than 60% since 2007. A record-low rate in the market of mortgage loans for Europe has affected it, without doubt. The rate has fallen, prices have grown considerably, which is quite logical and was expected. Nowadays the market's situation is so that the rate can be easily called optimal within the existing prices for a square metre. Everyone still remembers the era when the mortgage rate was fluctuating at 15-18%, and this happened just a couple of years ago. Today it is reaching 5,8% (for instance, it's possible to find offers from 6% a year in the programme for young families) with a slightly increased price for accommodation. And brokers offer a procedure of refinancing to those who took out a mortgage once at 18%, which seems astronomical now.

The joke about a new loan that's needed to pay off an old one was very popular two-three years ago. Now mortgage loan refinancing can save a big sum. Refinancing can be called re-granting a loan, that's to say, taking out a new loan to pay off a previous mortgage loan beforehand. In addition, this option is possible in both your bank and in another one. And in some cases, it's also carried out by the state. 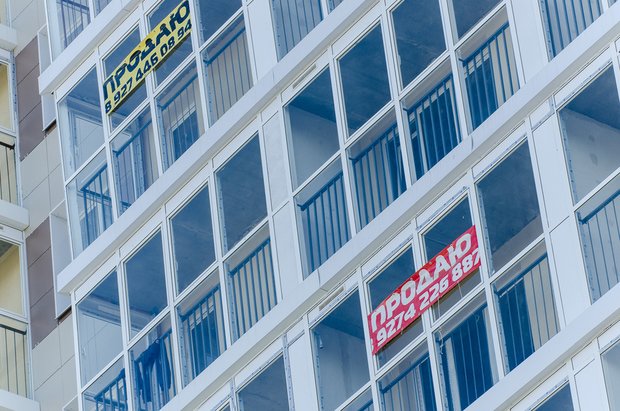 ''And brokers offer refinancing procedure to those who took out a mortgage once at 18%, which seems astronomical now.'' Photo: Oleg Tikhonov

The mass media have recently told us the country's government is offering to raise the basic VAT rate from 18 to 20%. The changes of the new value added tax will come into force from 1 January 2019. Finance Minister Anton Siluanov forecasts additional annual budget payments equal to more than 600 billion rubles. It's difficult to call this news positive because it's likely the tax burden will, first of all, affect high-tech sectors or, more precisely, mechanical engineering and construction, in general, and lead to a rise in price for goods and services in development in particular.

As it's known, realty purchase isn't imposed a tax, moreover, a tax deduction is presupposed for taxpayers. Nevertheless, it's evident the construction process of realty facilities itself will be more expensive for developers because both construction and finish materials – plumbing, paint, tales and so on – will rise in price. As a consequence, the end consumer will have to pay a higher sum for a flat. The general effect from the higher price for products of all related and key sectors for the developer to exceed the prime cost of fulfilled projects by 2-3% on average. Prices for ready realty facilities for the end consumer will increase approximately by the same number. Undoubtedly, demand will reduce as a result of it, which will lead to more expensive realty. Inflation paces, on the contrary, will be significantly accelerating. And it will be inflation that in turn won't allow to reduce mortgage loans further on.

What to expect from amendments to 214-FL

However, the amendments to 214-FL 'On Shared Equity', which came into force on 1 July 2018, will have a greater impact on the realty market that the rise in VAT, which will make the realty market live by the new standards. The amendments of the law regulating housing development in the Russian Federation are aimed to tighten requirements for developers and increase the protection of interest holders. The changes won't come into effect immediately: the money of potential buyers will be borrowed by developers on the basis of both a co-investment contract and new standards – via escrow accounts. From 1 July 2019, developers will be able to borrow clients' money with the help of new mechanisms cooperating only with accredited banks, which, in turn, will accumulate the money of realty buyers on special escrow accounts till completing the construction of a residential complex. Developers can count on getting a lower interest rate from banks than the rate existing for them in the market nowadays. And citizens can hope to get their money back from the account in the bank if the developer postpones the facility's commissioning for six months. 
From 1 July 2018, all developers are obliged to open an escrow account in a bank for every permission for construction in one of the accredited banks, which will consequently control financial flows on accounts and interrupt operations linked with irrational spending of the budget to construct the facility. Another important nuance is that the developer is obliged to have its own capital by the beginning of construction, which is at least 10% of the total projected cost of the facility.

As for insurance of interest holders' money, we should note they will be secured by the Association of Deposit Insurance for up to 10 million rubles analogously with banking deposits. Owners who hold a share in developing companies will be held accountable together with the company in case obligations in front of citizens aren't met. Authorities also need to create compulsory requirements for the developer and conduct a state control over shared equity.

It's obvious that, on the one hand, these novelties will lead to a reduction of competition in the development market, on the other hand, it will bring to a rise in mortgage rates. 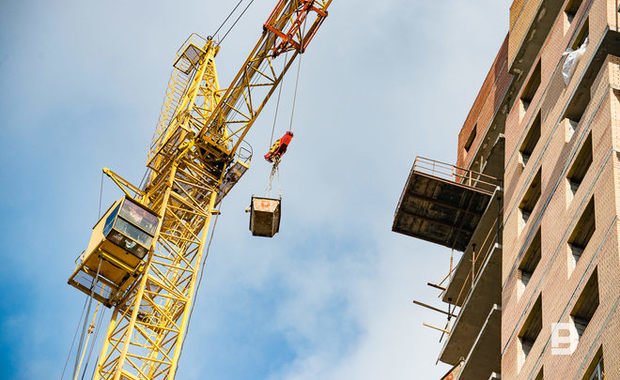 Today almost every construction company offers a client so-called mortgage in a joint programme at 6-8% a year. Offers at 5% can also be met. The developer himself compensates the full interest the bank didn't get. The sides sign an agreement on subsidisation, which presupposes the developer additionally pays to the bank for every client who turned to take out a subsidised loan. A borrower who used a loan with a reduced rate often is rejected to have a discount or is offered a much lower discount for the facility than the buyers with a ''standard'' mortgage. And the develop transfers this ''discount money'', which wasn't spent, on the basis of bilateral agreements. Speaking about the terms of subsidised rate, it's limited by time: as a rule, banks offer an attractive rate only for the first couple of years at the beginning of such programmes. After a certain term expires, the rate rises to the basic level for the remaining period of duration of the loan agreement.

It's obvious (very market players don't hide it) the subsidised rate is nothing but a marketing approach, which is successful nowadays. For instance, such a method of mortgage lending allows the borrower to consider realty options from a more expensive sector, which he couldn't afford before. And as mortgage rates in the market go down anyway, and we will see them reach 8% a year soon, there will be nothing to subsidise. A probable forecast is that subsidised rates will disappear out of uselessness, even if not immediately. Considering all the above-mentioned facts, we can easily say we shouldn't certainly be afraid of using such a tool as a mortgage in today's conditions in the realty market.