The Contemporary Economy Institute calculated the losses of the retirement age increase. Experts call the institute’s statements a ''figment of its imagination''

The Contemporary Economy Institute (CEI) chaired by founder of New Russia social and political movement Nikita Isayev warned about fatal consequences of the retirement age rise. The institute calculated the people who didn't retire would lose 82,000 rubles on average a year. What's more, the rise in the age allegedly poses a threat of growing poverty and slower economy. However, the experts Realnoe Vremya talked with call these statements ''figment of a little-known quasi-institution's imagination'' and say the CEI's points aren't credible.

Poverty, unemployment and minus 82,000 rubles a year

On 6 June, the Contemporary Economy Institute published an ''analytic report'' about consequences of the increased retirement age in Russia. Its authors accept in the pension system's problems, in general, but warn about a set of threats to the country's economy and population. They say the move of the age bar will augment unemployment among the youth, bring to a reduction of demand for goods and services, a rise in poverty and worsen the financial state of people who are at a pre-retirement age.

The report starts with the words that most experts agree with the inevitability to increase the retirement age. The authors note the current pension standard was fixed a long time ago, while the share of pensioners in Russia constantly grows together with the burden on the Pension Fund.

However, then counterarguments begin. ''The supporters of the increase often say the age of survival (Editor's Note: the quantity of years a person lives after retiring) who reach retirement rose in the 21 st century, which doesn't fall behind leading western countries,'' the report says. Indeed, the authors write an average survival age rose to 20 years in 2017; meanwhile, it's dramatically different depending on the sex: it's 25,8 years for women and just 16,08 years for men. An average survival age is dramatically different depending on the sex. Photo: Maksim Platonov

Then the CEI employees start to estimate the consequences: ''The retirement age increase can't be imperceptible for the country's population and economy's well-being. The main problem is an increase in the share of the poor population.'' The report doesn't specify why it might rise.

A reduction of purchasing activity of the population is the second threat. The retirement age increase means people will receive the full amount of big money and, consequently, purchasing power will decrease, the CEI claims. What's more, the authors believe the youth that will face problems when finding a job will suffer. It happens because today's pensioners will work longer if the bar rises.

Finally, men from 59 years and women from 54 years will be affected by later retirement, the report says (according to the Russian Statistics Service, they totalled 918,300 and 1,16 million respectively as from 1 January 2017). People who won't retire will lose 82,200 rubles a year (depending on an average pension of 13,700 rubles).

''The retirement age increase in today's Russian reality is a measure that's able to scotch the Russian Federation's development at 0,5-1,5% a year depending on fossil carbon prices,'' the reporters unexpectedly conclude. 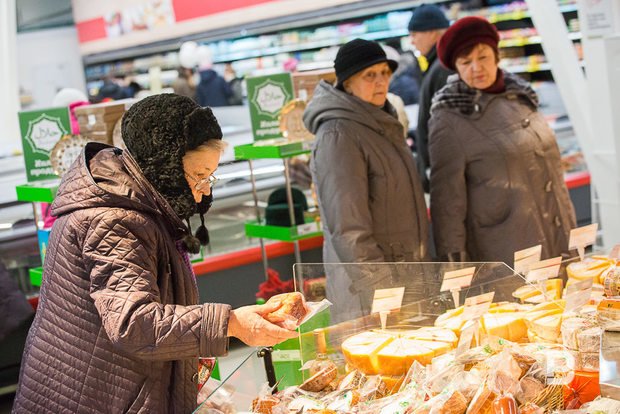 A reduction of purchasing activity of the population is the second threat. Photo: Maksim Platonov

The Contemporary Economy Institute opened in 2014. It was founded by Aleksey Kylasov, Valery Rastorguyev, Yegor Kitov, Anatoly Tedoradze and Ilya Brazhnikov. Kylasov is an expert in cultural studies and docent at Plekhanov Russian University of Economics, Rastorguyev is a Moscow State University's Faculty of Philosophy professor, Kitov works as fellow researcher of the Russian Academy of Sciences' Institute of Ethnology and Anthropology, Brazhnikov is a philologist and founder of conservative Pravaya.ru page, Tedoradze studies Russian wrestling.

Nikita Isayev chairs the CEI. He was famous as one of the key figures of Motherland party. In 2016, Isayev was going to take part in the primaries of United Russia, thus promoting his New NEP economic programme (in the end, United Russia suspended Isayev from participating in the primaries).

Early last year, Isayev announced the creation of New Russia social and political movement, which is also against increasing the retirement age and actively criticises the government's actions. The movement's representatives were going to take part in municipal and regional elections and claimed the move would take Russia out of the crisis and ''reset the economy''.

''I don't know who these people are. But their conclusions have no foundation'' 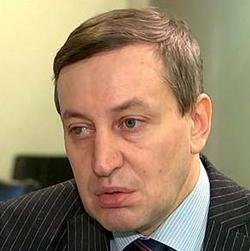 ''It seems to me it's just a 'figment of a little known quasi-institution's imagination','' says economist and RANEPA Docent Sergey Khestanov. ''In general, we've had quite many organisations in recent time that are called an 'institute', and this institute is often consists of one person.''

According to Khestanov, the statements in the report are ''at least doubtful''. For instance, the point about growing poverty is very questionable. Indeed, he says older people find it more difficult to find a job, but the majority manages to do it. Moreover, even a small salary in Russia is higher than an average pension. It means people who won't retire will, on the contrary, receive more.

The presupposition that the retirement age increase will decelerate the economy's growth has no foundation. Considering that older people's income will be higher than if they retired, they will consume more. This benefits a rise in GDP, it's not against it, Khestanov explains. 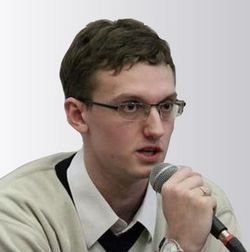 ''It's very strange for me to hear [the CEI's statements]. I don't know who these people are. But their conclusions have no foundation. They say with the increased age, some money disappear from the economy, and people have no money to live on. This is wrong,'' says Deputy Director of the Social Analysis and Forecast Institute Vladimir Nazarov.

By increasing the age bar, the government will be able to index payments for the rest of the pensioners more, and this will be an additional contribution to consumer demand, he explains. The age increase won't have negative effects even in the short run, quite the contrary. Analogous decisions in other countries only stimulated economic growth, by Nazarov's estimate, Russian GDP can rise by about 0,5% due to the rise in the age.

Head of the Economic Expert Group Yevsey Gurvich previously said to Realnoe Vremya the age increase was a more adequate measure. ''I will notice that the rise in the rate of pension contributions or rise in transfer [to the Pension Fund] from the budget can be only temporary, not a universal solution. In other words, no decisions apart the retirement age increase solve the problem completely, they just postpone a solution,'' said Gurvich.