French investors of Tatarstan Futuroscope scared off by sanctions?

The project of Volga Discoveries theme park in Verkhny Uslon, Tatarstan, Russia, has remained a ‘’beautiful picture’’. The counterparty is bankrupting the company-initiator

The project of the first Tatarstan family theme park Volga Discoveries following the example of the complex of attractions Futuroscope — a kind of French Disneyland — failed before it has started, although it was included in the list of priority investment projects. The announced at Innopolis megapark of audiovisual technologies has sunk into oblivion after long discussions with foreign investors, the negotiations with whom led to nothing. The claim for insolvency was made against the company of the same name — the initiator of the park, the application has begun to be considered this week. Read more about why the project has failed — in the comments of experts interviewed by Realnoe Vremya.

''We believe that they will not execute these judgements, and we are asking to recognize them as bankrupt''

On Monday, the arbitral tribunal of the Republic of Tatarstan started to consider the claim of Rodnye Prostory PLC to recognize Volga Discoveries company bankrupt with the amount of claims of 5 million rubles. The meeting was attended only the plaintiff's representative — Guzel Shiverskikh. Judge Ildar Nafiev asked her to substantiate the claims, and she said that the main debt for the termination of the contract — 3 million rubles, another 1,5 million — penalties in connection with the delay in execution and 594,000 — interest for the use of other people's money. The debt arose in 2016 and has not been repaid since then.

''Three court decisions that entered into force on these claims, as well as enforcement orders and acts in connection with impossibility of execution of these judgments were provided to the court. Therefore, we believe that they will not execute these judgements, and we are asking to recognize them bankrupt,'' concluded Shiverskikh.

''It is all from the same contract, right?'' the judge inquired and received the affirmative answer. As for the enforcement proceedings against the debtor, the representative of the plaintiff noted that ''there are no current ones'': ''They are all closed due to the impossibility of execution — they are not in the premises where they had been before. They closed all their settlement accounts. The only thing if to track by account statement — there was a change of premises. Already from the new data – we have received information that all settlement accounts are closed, they changed [the premises], no activity is conducted.'' The arbitral tribunal of the Republic of Tatarstan started to consider the claim of Rodnye Prostory PLC to recognize Volga Discoveries company bankrupt with the amount of claims of 5 million rubles. Photo: Maksim Platonov

The judge announced the nominated candidate of court-appointed manager Dzhigit Kadagazov, the plaintiff did not object. The consideration of the case was postponed to once again request the recall of the debtor and the documents provided by the bankruptcy law.

''No land was allocated for the project''

Let us remind that the company Volga Discoveries was the initiator of the family theme park with the same name, the construction of which was announced near Innopolis in 2016. Preliminary, the project launch date was set for 2021. The concept was prepared by analogy with the children's theme park Futuroscope in the French city of Poitiers. This is the second most popular family theme park after Disneyland. The investors wanted to build a similar park on the banks of the Volga River in Verkhny Uslon.

It was reported that the park would cost the investor, whose name was kept secret, 380 million euros. However, it appears from the court documents that it was the French company SAS HEFIDevelopment. Earlier, the head of the district, Marat Ziatdinov, told Realnoe Vremya that Volga Discoveries PLC would act as the anchor investor, who found two more. Obviously, one of them was the French company.

The head of the State Committee for Tourism, Sergey Ivanov, then said that the initiator of the park (Volga Discoveries) was negotiating with French investors. The administration of the Verkhneuslonsky district, on the website of which the project is still presented, confirmed that foreign partners were really interested in it: 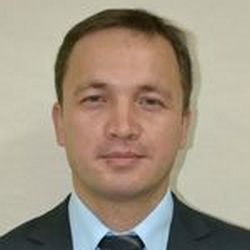 ''There were interested investors — they were discussing the project for six months, I was watching this process from the side,'' says Deputy Head of the Executive Committee for Construction, Utilities, Communication and Energy of the Verkhneuslonsky district Rashid Munasipov. He explained that, as far as he knew, the withdrawal of investors from the project was connected with sanctions: ''Everything was curtailed because of this.''

Artur Mingaleev, the director of the company Architecture Discoveries, which developed the concept of the park (took over the development of the preliminary design, working and estimate documentation), did not agree with the opinion that the project was frozen due to the investor's fault: ''I do not know the details, but it is certainly not because the investor left. Apparently, the parties could not agree between themselves.''

Any questions about why the construction did not take place are premature, believes First Deputy Head of the Verkhneuslonsky district Sergey Osyanin: 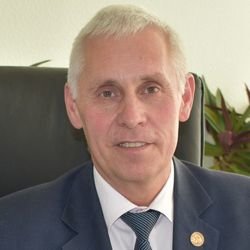 ''The support of the project was through the State Committee on Tourism as one of the directions of development of rural areas. The fact that this project is presented on our website – it is only a conceptual project, it is a concept, a beautiful picture. Therefore, it is pointless to answer why the construction did not begin: because from the beautiful picture to the start of the construction (or even obtaining a construction permit) there is a huge period of work, projects and something else that did not even pass. Because the business did not go further than this beautiful concept.

The Republican State Committee on Tourism in response to the request of Realnoe Vremya explained that the investor really turned down the project, it is not conducted.

The concept lists the advantages of choosing the territory near Innopolis for the construction of the park — a plot of 50-70 hectares (the area of the building — 20 hectares, residential development — 11 hectares, capacity — 5,600 people a day, a one-time load – 2,800). Tourists could get to the park in 30-40 minutes from Kazan and maximum in 3 hours from Moscow. ''Being visually located on a strategically located cape with a wonderful panorama of the city of Kazan, at the confluence of the main artery, the Volga River, and the Sviyaga River, the territory planned for the location of the theme park is exceptional both in terms of its potential and in terms of its attractiveness,'' the project description said.

However, Osyanin stressed, no land plot was allocated under this project: ''The district had no contractual relationship with Volga Discoveries, neither concerning the project, neither the construction, especially nor land allocation.''

Volga Discoveries Park is specified in the list of priority investment projects for 2019 approved by the Cabinet of Ministers of the Republic on 29 December 2018 (in the section ''Other projects''). However, the company's website is down, contacts are not listed anywhere, we failed to contact its representatives. As Osyanin stressed, no land plot was allocated under this project. Photo: verhniy-uslon.tatarstan.ru

Rodnye Prostory filed the first economic claim in the framework of civil proceeding to Volga Discoveries almost two years ago — in July 2017. In total, there are three such cases, as Guzel Shiverskikh stated at the meeting on the bankruptcy case, and they all are related to one contract for the provision of catering services as of November 9, 2015. The company filed the first claim to recover preliminary expenses in the amount of 3 million rubles.

It transpires from the court materials that the companies signed a contract for catering at the construction site ''The family theme park Volga Discoveries''. At the date of conclusion of this agreement, the contractor incurred preliminary costs of 3 million rubles, fully fulfilling its obligations. The customer had no claims. Under the contract, the price for a set lunch (lunch and dinner) was 287 rubles, Volga Discoveries had to pay quarterly for the services, but never paid for the supply of products. But if we believe the district authorities that the land for the park was not allocated and the construction did not begin, it remains unclear to what theme park under construction Rodnye Prostory company supplied the meals? The court's ruling also states that the construction investment was not made, as there is no construction. The land mass is not registered in the cadastre.

In March 2018, Rodnye Prostory PLC appealed to the arbitral tribunal of the republic to recover 2 million rubles in fines. During the proceedings, the amount of the plaintiff's claims increased to 2,99 million rubles for two months, but the court decided to recover in favour of the applicant only 1,5 million rubles and to dismiss the rest of the claim.