Galimova about tasks in Putin's address: ''Mr. Minnikhanov has already given instructions''

Kazan Kremlin's representative Liliya Galimova told about the work that is already underway in Tatarstan in the framework of the tasks given by Vladimir Putin in his address to the Federal Assembly. Also, among the topics raised at the traditional meeting: a monument to soldiers-internationalists, International Year of Indigenous Languages and the 'expulsion' of opera singer Khachatur Badalyan from Musa Dzhalil Tatar Academic State Opera and Ballet Theatre. Read the details in the material of Realnoe Vremya.

One of the issues on the official agenda from Liliya Galimova was devoted to the address of the president of Russia to the Federal Assembly.

''President Vladimir Putin has set very serious tasks in terms of social support, a separate part concerns large families. Social support of citizens is a high priority, therefore, within the framework of the tasks set by the president, additional measures to support large families must be worked out at the regional level. Mr. Minnikhanov has already given relevant instructions. All the tasks set by the president of the country have already been sent to the relevant ministries for execution and are under the personal control of the president of the republic,'' Galimova said.

She listed what measures have already been taken in the republic on the announced issues: for example, there are certain subsidies for 34,815 large families. Measures are being taken to attract teachers to the countryside, the issue of provision of places in the day nursery.

Continuing the official agenda of the meeting, Galimova told about working trips of Rustam Minnikhanov to Laishevsky and Buinsky districts, which were held on the day of the briefing. Separately, Liliya Galimova raised the issue of staffing of medical institutions, which was raised at the Saturday meeting with the president of the Republic of Tatarstan. ''The ministry of healthcare of the Republic of Tatarstan together with universities is working on the issue of staffing,'' said the representative of the Kazan Kremlin, adding that as soon as the programme is made it will be made public. 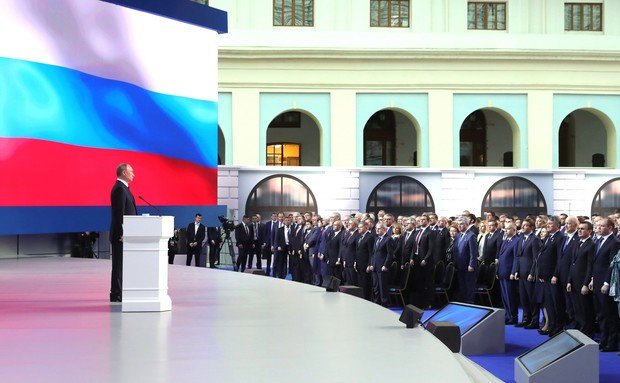 Liliya Galimova was asked about the details when the monument to soldiers-internationalists, which was dismantled last year, is going to be installed and how much money was allocated for the new memorial complex, allegedly it is about 35 million rubles.

''I'm not ready to name the exact figure. The issue at its level is being addressed by the Cabinet of Ministers, the municipality and the ministry of culture of Tatarstan have joined. But the most important participants in the process, of course, are the participants in the fighting. There was the issue to organize a very worthy monument in a civilized place. Certainly, now there is one point that opinions differ in what kind the monument should be. I cannot name the specific date when the monument will be installed. The previous monument, of course, will be involved,'' Liliya Galimova explained.

Recently, Tatarstan has signed an agreement with Duracell on the development of battery recycling system. The representative of the Kazan Kremlin asked not to jump to conclusions. ''So far we are not talking about a plant, we are talking about only battery collection facilities, which will then be redirected to Chelyabinsk. The question of the possible construction of a plant in Tatarstan is only being under discussion,'' Galimova said.

There was interest in locating the production of luxury cars Aurus in SEZ Alabuga. ''We have the necessary infrastructure, we are ready [for localization]. This fact has become decisive for the ministry of industry and trade of the Russian Federation,'' the speaker reminded about the reasons for choosing the site.

As for the selection of residents of the PSEDA in Mendeleevsk, Galimova said that the planning board meeting is taking place soon, which is going to approve the residents. 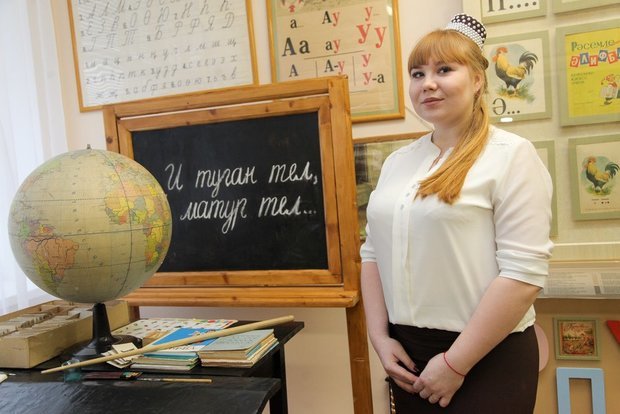 On 21 February, throughout the world celebrated Mother Language Day. It turned out that the region was not going to hold events on this occasion. Photo: Rinat Nazmetdinov

On 21 February, throughout the world celebrated Mother Language Day. It turned out that at the regional level the authorities were not going to hold events on this occasion. Galimova made it clear who and at what level should be engaged in the development of languages.

''At the level of the republic, there are no events for International Mother Language Day, they are held at the level of municipalities. We believe that the issue of language development should be addressed by everyone. We don't refuse that at the regional and municipal levels they should be. Gilmutdinov gave an exhaustive comment on this issue,'' said Galimova, referring to the statement of Chairperson of the Committee on Issues of Nationalities of the State Duma of the Russian Federation Ildar Gilmutdinov that the issues of native ethnic languages should be addressed by regional and municipal authorities, not the federal centre.

Eviction of the homefront female worker

At the briefing, they reminded about the instruction of Chairman of the Investigative Committee of the Russian Federation to the Investigative Committee of the Republic of Tatarstan to check the information about the violation of housing rights of a homefront female worker. Perhaps in this regard, the authorities have plans to change the conditions of the programme of eviction from dilapidated housing.

''The programme won't be changed, from the point of view of the law it corresponds to all norms. As for the homefront worker, there is a person who is ready to support her and help the woman. Two options — either social mortgage, or social lease. She will choose — in this part the benefactor will provide her a financial support. He, the benefactor, will pay for it,'' Galimova said about the course of addressing the issue.


The initiative to create an architectural bureau under the leadership of Tatarstan President's assistant Natalia Fishman sounded at Russian Investment Forum in Sochi.

''The initiative has been announced. In fact, the experience of the republic is actively replicated in other subjects. From the point of view of practical application, we are engaged in this, and as for legal issues [the creation of an architectural bureau], the final decision, the order has not been made yet. As something is adopted documentally, we will report on this,'' promised Liliya Galimova.

'Exile' of a guest opera singer

The breach of the contract between the Tatar Academic State Opera and Ballet Theatre named after Musa Dzhalil and Novaya Opera soloist Khachatur Badalyan (''exile'', as said at the briefing) demanded a comment from the Kremlin.

''I think the wording 'exile' can be used for the title of a new opera. We do not interfere in the activities of theatres, we do not advise them how to do the right thing. If everything is within the law, then we only adhere to this position. It is not within our competence to interfere in the internal work of the theatres,'' Liliya Galimova replied.