The fifth territory of priority development, in Mendeleevsk, will follow the beaten path and along with Naberezhnye Chelny and Nizhnekamsk is going to rely on Chinese residents. ''Certainly, we are waiting for investors from China,'' the executive committee of Mendeleevsk told Realnoe Vremya. However, the first to drop anchor, most likely, will be those whose investment projects are based on the consumption of a large amount of natural gas: the Moscow processor with Asian roots aimed at deep processing of grain, and the local investor — at the production of ready-mixed concrete, it is expected that the Chinese will also ask for gas. Mendeleevsk is two years behind from the rest just to ensure that gas infrastructure around Ammonia was within the boundaries of the PSEDA.

Medvedev gave a start to Mendeleevsk

On 15 February, it became known about the signing by Prime Minister Dmitry Medvedev of the Russian government decree on creation of Mendeleevsk Priority Social and Economic Development Area (Mendeleevsk PSEDA). The document itself was approved by the prime minister on February 12, but was released and published on the portal of the Russian government only in the morning.

The investment declaration of the new PSEDA includes 13 types of economic activities and the minimum allowed entry threshold for residents of 2,5 million rubles with the creation of at least 10 jobs. Among 13 types — crops and livestock, fishery and fish husbandry, mining of other minerals, manufacture of food products, manufacture of wood and products of wood and cork, except furniture. However, this regime will be valid only ''during the first year after the inclusion of the legal entity in the register of residents of the areas of priority social and economic development", the resolution states, whereas earlier the investment declaration of the first PSEDA was approved for 3 years. The explanatory note to the resolution states that ''at the moment agreements of intent on the implementation of 15 investment projects worth 4,8 billion rubles and the creation of more than 600 new jobs have been concluded.'' The planned indicator for filling the PSEDA in three-year term is not put. On February 12, Dmitry Medvedev signed the decree of the government of the Russian Federation on creation of Mendeleevsk Priority Social and Economic Development Area. Photo: government.ru

To not jinx it, to keep safe

The Mendeleevsk authorities are afraid to call future residents of the PSEDA, fearing that they will be lured by competitors from other four PSEDAs of the region. ''I do not want to call, not to jinx, to keep safe from our other competitors,'' Deputy Head of the Executive Committee Albert Sattarov admitted in the conversation with Realnoe Vremya.

After all, Zelenodolsk, Nizhnekamsk, and Chistopol continue to participate in the race for investor in parallel, who have 2 years left to fill the PSEDA. According to the federal law, after granting the status of PSEDA, the territory can provide the maximum possible benefits to the resident only within the first three years. Naberezhnye Chelny, as you know, finished in this race first. They attracted 44 residents with an investment of 15 billion rubles.

At the rear of ''the locomotive''

Mendeleevsk, which is a pure monocity, found itself at the rear of ''the locomotive'' only because of the territorial restrictions established by the federal law. According to Deputy Head of the Executive Committee of Mendeleevsk Albert Sattarov, five years ago, when the PSEDA regime was introduced, the territory of the city settlement of Mendeleevsk was ''very small'', and the subsequently built plant Ammonia with gas infrastructure was located beyond its borders. ''After changing the legislation, the city settlement of Mendeleevsk increased the area by 3 times — up to 93 square kilometres. Now its territory includes Ammonia. After that, the application was filed,'' he said. According to Sattarov, 19 investment projects with a volume of 4,8 billion are specified in the application documents.

Until now, the most prosperous Tatarstan PSEDAs managed to be filled due to Chinese residents. In Naberezhnye Chelny it is Haier, in Nizhnekamsk — Kamastal. 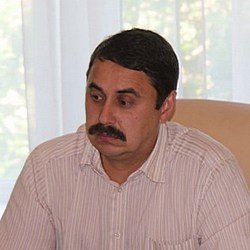 ''Of course, we are waiting for investors from China,'' Albert Sattarov said. However, he believes that the first to cast anchor, most likely, will be those whose investment projects are based on the consumption of large amounts of natural gas.

The Moscow company ''with Asian roots'' is carrying out a project for deep processing of grain, and the local investor is aimed at the construction of a plant for the production of ready-mixed concrete. It is expected that the Chinese residents will also ask for gas. ''For these industries, sufficient volumes of gas are needed. If you take the Kama area, neither Naberezhnye Chelny nor Nizhnekamsk have sufficient amount of gas. It is in short supply there,'' Sattarov said. ''Ready-mixed concrete is even more interesting,'' he says. ''Our territory has sufficient deposits of crushed stone, which is the main mineral raw material. The raw material base will be enough for years.''

Within easy rich of the gas infrastructure of Ammonia

An industrial park is being formed for residents near Ammonia. Recently, the SEZ bought 3,700 hectares. ''This is the second acquisition of Alabuga [in Mendeleevsk district], in 2017 they received 500 hectares, which are close to this site. In total, there are 4,200 hectares in the land bank of the management company,'' the municipality said earlier. Given that the SEZ bought the area of 500 hectares for 1,1 billion rubles, Mendeleevsk expanses can be estimated at the lower border of 8-9 billion rubles.

In addition to Chinese TEDA Holding, for which the site is reserved, negotiations were held with investors from the UAE, with the delegation of The Golden Elephant Corporation. But there is a danger that many agreements were reached two years ago, when the authorities were thinking about PSEDA. ''Imagine an investor who would wait for years. Money quickly depreciate, so some investors had time to invest in other regions. But there are also those who have remained.'' According to the representative of the executive committee, the meeting with investors is to be held on February 26. After the change in legislation, the city settlement of Mendeleevsk's area increased 3 times — up to 93 sq. km. Now its territory includes Ammonia. Photo: Maksim Platonov

Just a couple of days before that, Tatarstan President criticized municipalities for low occupancy of the PSEDA. ''I believe that this is a great support for our single-industry towns. We have to get the fifth city (it was about Mendeleevsk – editor's note). But we are working a little to attract residents. At first, everybody was telling that they would have the status, then… A farm created without farmers. The prime minister together with the chairman of the parliament and the president are meant to find farmers? It never does. Go to work!'' said Minnikhanov, putting forward the claim against industry ministries, Investment Development Agency and municipal authorities. The concern is justified: in case of non-fulfillment of the signed obligations, the territory will be deprived of the status of PSEDA. The outrage of the president was not commented neither by the economy ministry nor the municipalities.