Putin's messages: benefits for large families, a million to teachers and 'satellites oinking along'

The ninety-minute long speech in five points: brief and to the point

On 20 February, Vladimir Putin addressed the Federal Assembly. The message had a social character and reflected the May Decrees. The goals, he said, are ambitious, and for those who are used to work on the same scheme it is better to get up and leave. But nobody left. The most significant news for Russian citizens is that the government is going to compensate 450,000 rubles of mortgage to families, where the third child is born from January 1, 2019. Teachers will be paid 1 million for moving to a village. Putin asked not to detain the suspected of economic crimes without a good reason, he told about the military innovations and threatened ''the partners'' with a retaliation. Realnoe Vremya presents the most important information of the ninety-minute speech in five points.

''It is important that the giving birth and upbringing of children does not mean for family a risk of poverty, sharp decline in welfare.''

The allowance for the care of disabled children will be increased from July 1 from 5,500 to 10,000 rubles. ''I understand, of course, that it is small amount,'' Putin admitted.

For large families, it will be introduced a deduction of 5 sq.m. in the flat and 7 sq.m. in the house for each child from property tax. That is, if earlier 20 metres of the apartment's area was not taxated, then now if the family has three children, another 15 metres will be deducted. In Kazan, since 2016 (similar benefits are also used in other municipalities) large families are exempt from property tax, so they will not even notice the new federal benefit.

Even large families will be exempt from land tax on plots of up to 6 hundred square metres, this benefit is now granted to pensioners. Mortgage: the preferential rate of 6% for families, in which the a second and subsequent child is born, will be extended for the entire period of loan, not only for the first three or five years, as it was before. This will require 30 billion rubles from the budget: ''Of course, we need to find the money. We know where to get them. We have them,'' Putin said.

The families that give birth to a third and subsequent child will be given 450,000 rubles to pay for the mortgage. This measure will be applied retroactively — from January 1, 2019. ''If you add up with the maternity capital, which can also be used to repay the mortgage, it turns out more than 900,000 rubles. In many regions, this is a significant part of the cost of the apartment.''

They will introduce a mortgage vacation, the rate will be reduced to 8% within three years.

Putin has instructed to solve the problem with the day nursery, to create at least 270,000 new places in them by the end of 2021. 147 billion rubles must be allocated for these purposes in three year term.

About 200,000 children go to schools where there is no water supply and sewerage. Putin has instructed to solve this problem in two years. All Russian schools must have access to high-speed Internet by the end of 2021.

The modernization of the system of secondary vocational education will be accelerated. In the coming years, 2,000 workshops in colleges and technical schools will be equipped with modern equipment. 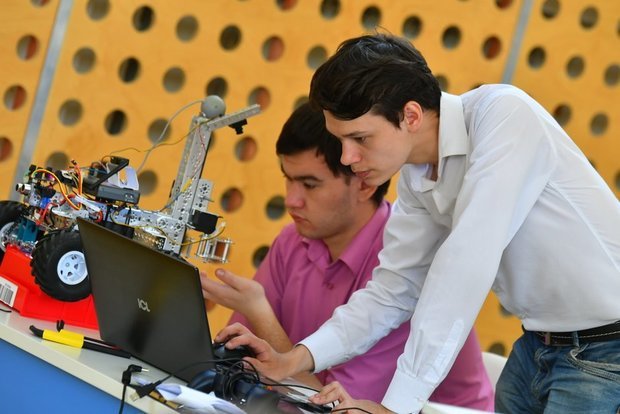 Healthcare. In 2019-2020, 1,590 outpatient clinics and medical assistant stations must be built. The project 'Berezhlivaya Poliklinika' will start its operation, which is going to eliminate the queues at the primary level.

For the participants of the programme 'Zemskoy Doctor', the age limit will be abolished — doctors over 50 years will also have the opportunity to get 1 million rubles when moving to work in a village or small town, feldshers — 500,000 rubles.

1 trillion rubles will be allocated to fight against cancer in 6 years.

Culture. By analogy with medical and educational organizations, the regional and municipal museums, theatres and libraries will be exempt from income tax. ''This will allow them to save about 4 billion rubles annually and direct them to their development, to increase the salaries of employees.''

Now, according to Putin, we have historical opportunities for a qualitative growth of Russian businesses. As part of the national projects, it is planned to purchase medical, construction and other equipment in the amount of 6 trillion rubles. Putin asked that the money remained in Russia and the equipment was domestic.

He called for the use of Russia's natural resources for the cultivation of environmentally friendly products and instructed to create a protected brand of domestic clean, ''green'' products. ''In the external [market] it all be in demand, I assure you, there is nothing ecologically clean left at all there, abroad.'' Putin again asked not to ''nightmare'' small businesses: ''Today, almost half of the cases brought against entrepreneurs stops without reaching the court. What does that mean? It means that they initiated them somehow or for unclear reasons.'' He asked the Supreme court and the Prosecutor's office to limit the reasons by which economic crime suspects are repeatedly extended periods of detention.

The Agency for Strategic Initiatives was instructed to create a service through which entrepreneurs will have the opportunity to publicly talk about the pressure on businesses. The Investigative Committee must prepare the rules of procedure for working with appeals, including a clear time frame for their consideration.

Putin said that seven new multi-purpose submarines will be transferred the Russian Navy, in the near future five surface ships of the far sea zone will be laid, another 16 ships of this class will be introduced into the Navy until 2027.

Another ''promising novelty'', as Putin put it, is Zircon hypersonic missile with a flight speed of about nine mach, a range of more than a thousand kilometers, capable of hitting both sea and ground targets.

The serial production of Avangard complex has started. Tests are being carried out on the unprecedented power of Sarmat intercontinental missile. Peresvet laser weapons will take up combat duty in December. The cruise missile of unlimited range with a nuclear propulsion system Burevestnik, as well as the underwater unmanned unlimited range apparatus Poseidon are being tested.

Russia will continue to develop its Armed forces, increase the intensity and quality of combat training, including taking into account the experience of the anti-terrorist operation in Syria. Putin said that there is a lot of interesting military developments in ''the nest egg''. The story of the military power of the country was a prelude to the topic of foreign policy. Russia is going to deepen cooperation with Belarus, reveal its potential with India, and develop political dialogue with Japan. Putin called the relations with China ''an example of fruitful cooperation in the economy''. Towards Europe, he expressed hope for real steps to restore normal political and economic relations.

Putin dwelled on Russia's relations with the US in more detail. He began with the US withdrawal from the INF Treaty. According to him, ''it was necessary for our American partners to withdraw honestly, like in 2002 from the missile defence, and not to use far-fetched accusations against Russia.''

''How do they really act? They break everything and then looking for excuses and assign those responsible. But also they mobilize their satellites: they carefully, but still ''oink along'' with the US on this issue.

According to Putin, if the United States supply missiles in Europe (which can reach Russia in 10 minutes), Russia will be forced to take retaliatory measures. Putin said that Russia is considered almost the main threat, but ''Russia is not a threat to anyone, and all our actions in the field of security are exclusively reciprocal, and therefore defensive.''