Anton Rozenberg: ''It is impossible to use only Russian software because there is no such''

Last week, Finance Minister Anton Siluanov signed a directive ordering Russian state-owned companies to develop a clear plan for the transition to domestic software. Realnoe Vremya has already deepened into the process of import substitution in the field of IT earlier and has come to quite sad conclusions. But what do experts think about the new directive? Who needs and why do we need to transfer state-owned companies to domestic software? Is the timing specified by Siluanov realistic? These and many other questions in the author's column are answered by the former technical director of the social network Vkontakte, ex-director for special directions of one of Telegram structures, Anton Rozenberg.

''The approach, unfortunately, painfully resembles the State Planning Committee in the USSR''

According to Vedomosti newspaper, Finance Minister Anton Siluanov signed a directive, according to which state-owned companies have to switch to domestic software until 2021. Realnoe Vremya online newspaper asked me to express my opinion on this matter.

First of all, the question arises why this directive comes from the Ministry of Finance, not the former Ministry of Communications and Mass Media, renamed this May into the Ministry of Digital Development, Communications and Mass Media. It would seem that this is their direct sphere of responsibility. Further, after receiving this directive from the Ministry of Finance, state-owned companies will have to convene a board meeting within 10 days, approve the documents and then within two months prepare and approve a plan for the transition to Russian software. The approach, unfortunately, painfully reminds Gosplan of the USSR.

If you look at the history of the development of domestic computer technology, the first electronic computing machine (EСM) appeared in 1951, almost 70 years ago. The ECM was used by the military and in industry. In the mid-60s, it was decided to copy the American IBM/360 system. So, there appeared ES EVM (Unified System of Electronic Computers), software compatible with the prototype. From the '60-70s, the USSR actively used the Western developments, although, of course, they had their own. After perestroika and the collapse of industry in Russia, the country mainly uses the foreign computer technology. For military needs, as far as I know, some analogues are produced, but, of course, there is no question of any market competition in terms of performance or price.

The situation with software is better because its development still requires much less resources than the production of microelectronics. Due to the market competition (as well as free access to pirated software) since the '90s Russia has used mainly Western developments. First of all, Windows as an operating system, foreign browsers, Microsoft Office. As well as programming languages, database management systems, development frameworks. But, of course, there were and are a number of products that are competitive in Russia and even worldwide. For example, Russian antiviruses, linguistic systems, development tools from JetBrains, as well as products focused on Russian specifics, such as 1C or computer-aided design (CAD). Russia also has its own popular services, such as the search engine Yandex, social networks Vkontakte and Odnoklassniki, map services, taxi services, etc. — although they no longer belong to the category of software. However, from the point of view of the law, even those products that are considered to be Russian may not be included in the unified register, since this requires the presence of a Russian legal entity with Russian control, local development infrastructure and other requirements that limit market opportunities. From this point of view, Yandex is a Dutch company, and Mail.ru Group — Dutch or Cypriot. 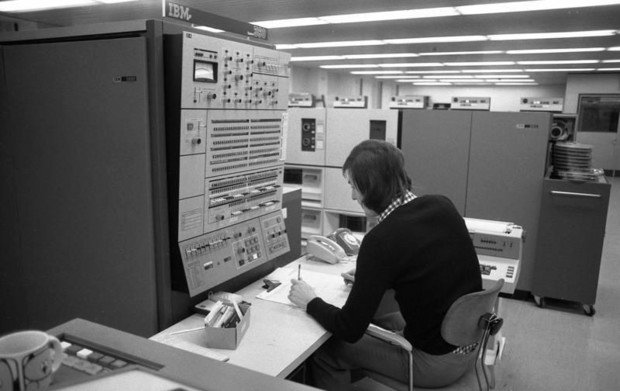 In the mid-60s, it was decided to copy the American IBM/360 system. So there appeared ES EVM (Unified System of Electronic Computers), software compatible with the prototype. From the '60-70s, the USSR actively used Western developments, although, of course, they had their own. Photo: osp.ru

We should also mention open source software. There is free access to operating systems, primarily various versions of Linux, database management systems, development frameworks, compilers, server software, browsers, office software packages. Depending on the licenses, such software can be used in your own development, in principle, even for example, to rename and present as your own product. Such software is free, but may be inferior in quality or functionality to commercial software. In particular, free CAD is inferior to Russian, and those, in turn, — Western developments. But the price of Western products at the same time can be 10, and 100 thousand dollars, and millions. Similarly, if you are a professional photographer, the best solution is probably to use commercial Photoshop. But for amateur purposes, you can use GIMP — a free open source analogue. Its functionality is less, but you do not have to pay 13,000 rubles per month.

I also have some idea of the software used in the defence industry. Special operating systems are used for it, such as MSVS (mobile system of the armed forces) and some others, but in practice, they are not independent domestic developments, but distributions based on the same Linux, Firefox browser, etc., but modified and certified according to Russian security requirements. At the same time, the certification process is arranged in such a way that as a result the distribution contains not the latest versions of the software. Therefore, there are questions as to the timing of the application of updates that correct certain errors in such software, and to address vulnerabilities that were not identified in the certification process. In addition, since such distributions are quite specific, and also very diverse, software development and support for them becomes a separate challenge. That greatly narrows the list of developers who are ready and able to engage in such development.

At the time of writing this text, the unified register of Russian computer programs and databases contains a list of 5,082 items, which is very small, because there are all software starting with operating systems and ending with training systems for students of the 5th grade. Moreover, a month ago, on 12 November 2018, at a meeting of the expert council on software, it was decided that the software from the registry should not be based on foreign DBMS, and the owners of the software from the registry must within 6 months rewrite their software in accordance with the new requirements. As usual, no one asked the developers about timeframe, investments and how it is generally implemented. So the registry may soon lose a third. I do not want to offend anyone, but the minutes of the meeting causes a strong sense of bureaucracy of the USSR. 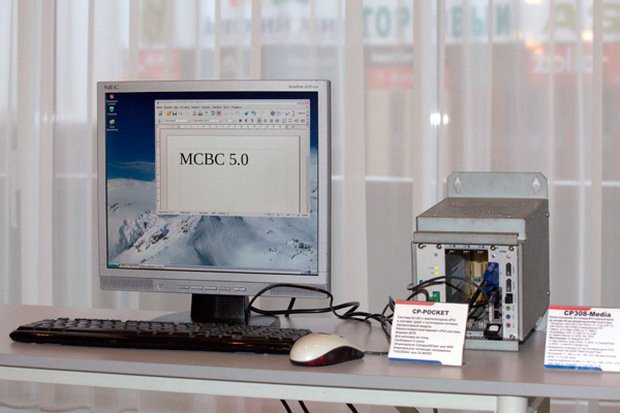 ''MSVS and some others, in practice, are not independent domestic developments, but distributions based on the same Linux, Firefox browser, etc., but modified and certified according to Russian security requirements.'' Photo: compweckqasoft.wixsite.com

''Formally, the directive can be easily implemented in different ways''

In the new directive, judging by the text of the news, it is expected to divide all software into classes and in each of them for 3 years to increase the share of domestic software to at least 50 per cent. What exactly this means is not clear — probably because decisions are made by people far from IT. This means that the main question arises, ''Why all this is needed?'' — an unambiguous answer to which I have not yet seen. If we assume that we are talking about reducing dependence on foreign software in order to ensure reliability, security and protection from possible sanctions, then this directive does not solve this problem. Because even if half of software is domestic, without the second half, most likely, nothing will work. It's like saying that half of the parts in the car should be Russian. Assume that the steering wheel and engine are Russian. And gearbox and wheels are foreign. Without them it will be difficult to do. And if we are talking about safety and reliability, they are either exist or not. If half of the software is Russian (and, let us suppose, reliable, although this in itself does not follow from anything), then the second half is enough for the system as a whole to be neither safe nor reliable. And this is only about software, and there is also the hardware produced abroad.

Formally, the directive can be easily executed in different ways. For example, the calculator, solitaire and Klondike will be domestic, and the office and database will not. Or you can just buy all the same as before, and in addition in the same quantities — Russian software that will gather dust in a box on the shelf. Because the performers on the ground have the priority — to make everything work, otherwise they will be fired without waiting for sanctions.

But the transition to Russian software in reality is unreal because there is no software as such. As already mentioned above, while in the register there are only 5,000 positions. But Russian companies in any case do not produce the whole range of products because in market conditions no one needs to produce something non-competitive. And it is impossible to compete in all directions because of the lack of specialists, resources and markets. In general, the Russian software market is a few percent of the world, and radically this situation cannot be changed even by the infusion of huge money. At the same time, such ''state support'' in the form of artificial restrictions does not contribute to the creation of market conditions. That is, something can be developed by order, but to develop at their own expense some software with the expectation to include it in the same register, then to buy it state-owned companies — is a too shaky business plan, in the end, the directive over this time may change. 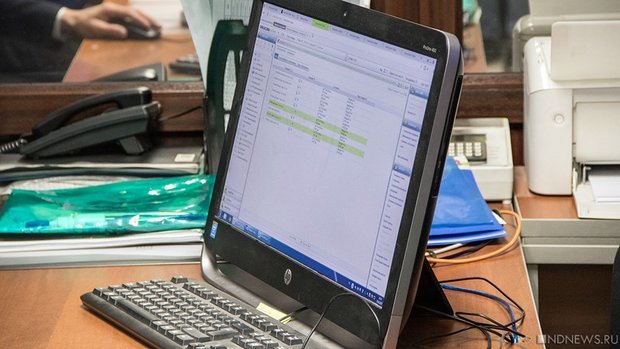 ''A transition to Russian software is unreal because there is no software as such. As already mentioned above, while in the register there are only 5,000 positions. But Russian companies in any case do not produce the whole range of products because in market conditions no one needs to produce something non-competitive. And it is impossible to compete in all directions because of the lack of specialists, resources and markets.'' Photo: newdaynews.ru

The alternative is the open source software and operating systems that some Russian companies license as their own products. In part, this can help to increase the share of ''domestic'' software, but in practice, if we are not talking about the defence, it is easier, cheaper and more efficient to use original products, rather than old versions packed in Russian boxes. In this direction — to encourage the development and use of open source software — it would probably be worth moving. This is what major market players do. The military has its own specifics, and if the system is 40 times more expensive and 5 times slower — they can be satisfied. But it is doubtful that this approach is good in the case of Railways or Post of Russia.

At the same time, we are talking about huge money, in large state-owned companies hundreds of thousands of jobs in each, so the question here is about many billions of rubles. Rubles, generally speaking, state ones, that is our, taxpayers'. It looks like that they are offered to spend in vain, with incomprehensible purpose and without hope for the positive result.