A platoon of the tourist police has been created by the order of the Ministry of Internal Affairs in Kazan. Twenty-five people were selected for the new special unit on the results of English and psychological tests. They have already started patrolling central streets, squares and parks of the city — so-called points of attraction of foreign visitors. Realnoe Vremya met with the new ''elite'' of the internal affairs body.

Not everyone passed the language exam

They differ from the usual patrol only by chevrons on the sleeve — Tourist Police. Kazan received exactly 25 items of such insignia. Apart from that, the police is fully equipped, like other officers, they also have weapons. The applicants for tourist policemen were selected among its own members. By the order of the interior affairs minister of Tatarstan, the platoon of the tourist police was created on the basis of the regiment of the patrol-guard service. Let us remind that in early April, Minister of Internal Affairs of Russia Vladimir Kolokoltsev set the task — to create tourist police in Kazan, Sochi and St. Petersburg by May 5, a month before 2018 FIFA World Cup. In Moscow, this service has operated for already 4 years.

Artur Generalov, a 22-year-old resident of the city of Kazan, is a sergeant yet. Despite the evocative name, he doesn't have any military man in his family. Artur has serviced in the police for year and a half. He has a year-long experience in the army and work in Park Inn by Radisson Kazan. According to him, he had an opportunity to advance his English level here. ''I worked as a houseman,'' Generalov told the correspondent of Realnoe Vremya. ''There was no strict requirement to communicate in English at the hotel. It was more my initiative. Unfortunately, it took some time before English in the police proved useful.''

Artur was admitted to the tourist police by the results of the English exam. The applicants took it on the basis of profile for the ministry of internal affairs Kazan Law Institute. Not everyone passed it. The platoon of tourist police was created on the basis of the regiment of the patrol-guard service. Photo: MIA in RT

Generalov's partner in the Saturday raid in the centre of Kazan was Veronika Fatkhullina — one of the three girls in the tourist police platoon. She is a Candidate in Master of Sports in ski racing, worked as a service manager 112, and then abruptly changed her profile, entering the service in the convoy police unit. She was engaged in the support of defendants and convicts in the courts, interior ministry, and prosecutor's office.

In the ranks of the new unit there are no experts in Chinese or, for example, French, yet. But the personnel officers already have several candidates in view. Now the question of their transfer is being under consideration.

A person in uniform is like reference bureau for a foreigner

After a couple of hours of patrolling the streets of the Kremlin and the surrounding areas, Generalov and Fatkhullina attracted the attention of several foreigners. Questions like ''how to go to the library? or ''to get to the stadium Kazan Arena?'' did not cause difficulties. ''This is one of our goals — to help foreign citizens not to get lost until something happened to them,'' Artur says. ''And also protection of their lives, property and health,'' Veronika added.

According to the commander of the special department of the tourist police, Yevgeny Kurbatov, many of his subordinates received such experience during the Universiade and subsequent mass events. A person in uniform is like a reference bureau for a foreigner, they say at the department of internal affairs of Kazan and see nothing bad in it. Moreover, according to the decision of the leadership, all 25 people must undergo retraining — not only in English, but also in the history of Kazan, its iconic places and infrastructure, which is important for the guests of the city. 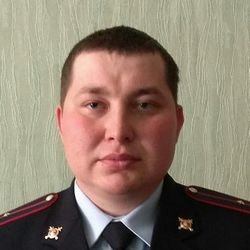 ''We will serve purposefully in the places of their mass gathering — Kremlyovskaya Street, Baumana Street, the embankment, the square of May 1st in front of the Kremlin, the territory of the Kremlin, well, also museums, squares, parks, the most popular among tourists,'' Lieutenant Kurbatov says.

''What are going to do with drunk foreigners?'' the correspondent of Realnoe Vremya asked.

''It depends on how they are acting and how they are looking. If they are clean and neat, the legislation is not violated, then, in order to avoid a conflict situation, perhaps, we will accompany them to the hotel. Or we will call a taxi,'' Kurbatov explained. ''But if they are breaking any laws — first, we warn about prohibition because when they enter Russia they are warned that the country's laws apply to everyone… If there is an disobedience — we draw up an administrative protocol and deliver them to the department.'' According to preliminary data, at the end of 2018 World Cup, the new units will continue to work in the police. Photo: Irina Plotnikova

Relatively small for the million-strong Kazan staff of the tourist police assumes that the special forces will not perform all functions alone, and if necessary, they will be assisted by colleagues from other relevant units. Tourists policemen, in turn, are also ready to help the colleagues.

By the way, according to preliminary data, at the end of 2018 World Cup, the new units will continue to work in the police.