''Sometimes an American comes, turns to the police, and they do not understand each other''

Subdivisions of tourist police to be formed in Kazan along with Sochi and St. Petersburg specially for 2018 World Cup

Tourist police units, which will patrol the most popular for foreign tourists places, will be created in Kazan by May 5 in the framework of the World Cup. They will have a special armband and knowledge of foreign languages to distinguish them from regular police. About how things are going with the language barrier in the Ministry of Internal Affairs in Tatarstan and what to expect from the new introduction – read in the material of Realnoe Vremya.

Tourist police will be created in host cities of the World Cup in Russia. The special units will appear by May 5 in three Russian cities — St. Petersburg, Kazan and Sochi — by the decision of minister of internal affairs of Russia Vladimir Kolokoltsev. They will be part of the combat units of the patrol service of the police, and a staff increase won't be required. In other cities, there will be specialized groups of police officers with knowledge of foreign languages, said official representative of the ministry of internal affairs of Russia Irina Volk. According to her, they will provide round-the-clock response to incidents with participation of foreigners from May 25 to July 25.

Tourist police units will be created from the territorial units of the ministry of internal affairs who speak foreign languages. If necessary, additional training will be provided for them. The newly created units to patrol the places of mass visits of foreign fans during the World Cup will help in solving arising problems and receiving complaints on offenses committed against them. 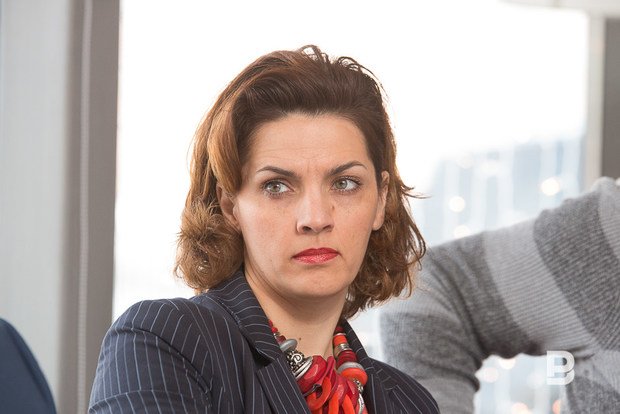 Natalia Abramovich believes that the provision of information is not the responsibility of the police, so, in her opinion, the functions of tourist police officers focus on ensuring security. Photo: Maksim Platonov

In Tatarstan, with the development of tourism infrastructure, they began to speak more and more often about the need for knowledge of foreign languages. They increase the level of knowledge of languages of tourist guides, employees of hotels, restaurants and cafes. Kiril Todoroski, the vice-president of the regional youth and social organisation Students League of the Republic of Tatarstan on work with foreign students, assesses more than positively the fact that the trend has reached the law enforcement agencies.

''There are situations when problems arise due to the fact that people do not understand each other. Foreigners rarely break the rules, but there are also such cases, so I think they have done the right thing. Police officers should know at least English, especially during such large-scale events,'' the interlocutor of the edition assessed the new introduction.

According to him, foreign students complain that sometimes they just have no one to ask if they need help.

Natalia Abramovich, the director general of the tourist information centre of Kazan, believes that the provision of information is not the responsibility of the police, so, in her opinion, the functions of tourist police officers focus on ensuring security. In this context, she assesses the creation of the new unit positively.

''If this entails an increase in safety of tourists, then I support it, of course,'' says Abramovich. Rafil Nugumanov reassures — law enforcement officers in Tatarstan will not have any problems with foreign languages. Photo: gossov.tatarstan.ru

The ministry of internal affairs of the Republic of Tatarstan is not aware of the nuances of creating the tourist police as they have not received regulatory documents yet, said a source of Realnoe Vremya. The source recalls that during 2013 Universiade they overcame the language barrier, including through giving out phrase books to police officers and thanks to volunteers who helped them.

Rafil Nugumanov, a former deputy minister of internal affairs of Tatarstan, deputy chairperson of the Committee on law and order of the State Council of Tatarstan, reassures — law enforcement officers in Tatarstan will not have any problems with foreign languages.

''Sometimes it happens that an American or Englishman comes, approaches a police officer, and they don't understand each other at all. But the ministry of internal affairs of Tatarstan is not new in this. When Kazan hosted the Universiade, dozens and hundreds of employees were trained, those who not only speak foreign languages, but speak it fluently. We do have people who have graduated from the pedagogical university, from foreign languages departments. They all were selected, gathered, and I think these guys will work well,'' the interlocutor of the edition said.

He does not see any problems with the formation of tourist police unit with knowledge of languages in Kazan, vouching for his former colleagues. But he also notes another nuance — it would be great in this case to increase the number of staff. Let us remind that the internal ministry is being only under optimization so far.

''It would be better if we added the staff — it would be great. For the sake of just one event, they are unlikely to add personnel, of course. Although we already need to have tourist police not only for the championship, we also have a lot of competitions, and many foreigners come to Kazan. So it's great, we need such police,'' said Rafil Nugumanov. 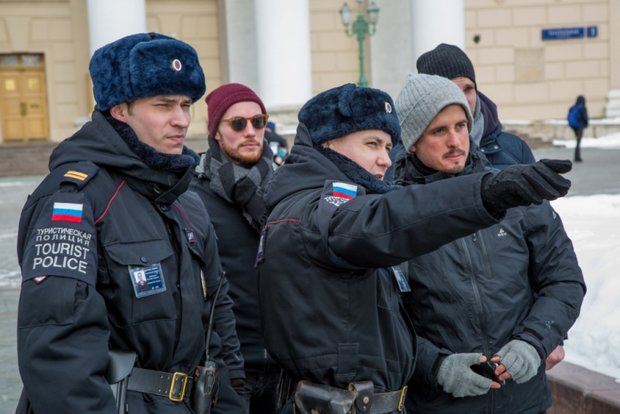 Tourist police operates on regular basis only in Moscow so far. Photo: 16.мвд.рф

Let us note that the tourist police operates on regular basis only in Moscow so far. Since August 2014, these responsibilities have been assigned to the 3rd battalion of the 1st operational regiment of the police of the main department of the Ministry of Internal Affairs of Russia in Moscow. Its staff ensures public order in the most popular pedestrian areas for foreigners and can respond in English, French, Spanish and Chinese.