Deputy, billionaire and co-owner of Okeanrybflot Igor Yevtushok is the investor who invested 2bn rubles

Billionaire from Kamchatka Krai Igor Yevtushok became the investor ready to invest 2bn rubles to build a hotel next to Kazan Expo exhibition complex. A source familiar with the deal's details told Realnoe Vremya about it. The businessman's managing company also confirmed it. Officials of the complex and the Tatarstan Investment Development Agency, which is implementing the project, are at the moment refusing to comment on this information just specifying that the investor is really Russian. Yevtushok's company owns two hotels in Saint Petersburg, another one is getting ready to be commissioned this year. It seems that after that, the businessman who made a fortune by fishing will start conquering Kazan. Realnoe Vremya tells the details.

A billionaire from the Far East will build the hotel next to Kazan Expo exhibition centre. It should be reminded that at the final session of the Tatarstan Investment Development Agency, its head Taliya Minullina claimed the investor for the ambitious project had been found, and it was a Russian company. However, the agency's press service as well as Minullina herself didn't reveal any details.

Kazan Expo is also laconic: Realnoe Vremya was said there the new hotel had nothing to do with them and it was the TIDA's project. A close source of Realnoe Vremya's that's familiar with the situation had more information who asked not to call him by name.

He said Kravt Invest generously paid 2bn rubles. Tatkravtinvest PLC was created deliberately for the project in Kazan in August 2018. The construction is scheduled to begin in 2019 and end in 2021.

Obviously, the search for the investor of the hotel wasn't easy and took much time. The opening would be timely by the summer 2019 when tens of thousands of guests from all over the world come to Kazan to WorldSkills. It would be convenient to live close to the competition venue, but people will have to drive to Kazan. Valery Kravtsun is the director general of Kravt Invest PLC, he also holds a one-third of authorised capital. The other two-thirds belong to Igor Yevtushok's family: a third is his and the other third belongs to Ksenia Yevtushok, who is probably his daughter. Kravt Invest is registered in Saint Petersburg, but the roots are in Kamchatka Krai.

Tatkravtinvest was first registered to Valery Kravtsun. But 90% of authorised capital has belonged to Igor Yevtushok since 11 January 2019. The company is registered in Korston shopping mall in Kazan. Director General Yury Tsygankov, who is registered in Kamchatka Krai, also owns Su-42 construction company in Petersburg.

The hotel near Kazan isn't the first project of Kravt Invest PLC. The company built two hotels in Saint Petersburg – three-star Kravt with 49 rooms and five-star Albora Hotel for 29 rooms. According to information on the company's website, a four-star family hotel with spa and 120 rooms on the Aleksandr Nevsky Square is about to be commissioned.

The project of the hotel near Kazan Expo is ready, TIDA representatives have it at their disposal. But the agency refused to provide it for publication. What Realnoe Vremya's interlocutor who is familiar with the situation said gives a glimpse. It won't be the project that appeared in the presentation of the exhibition complex earlier but a more ''advanced and creative''. It resembles a ''wing (which is no surprise because the airport is close) or a wave''.

Kravt Invest company from Petersburg confirmed our newspaper that Tatkravtinvest was created to build the hotel in Kazan near Kazan Expo. They promised to tell the details of the project later. Yevtushok is the chairman of the board of directors and a co-owner of Okeanrybflot. Photo: okeanrybflot.ru

Earning from fishing and investment in hotels

The HoReCa segment is rather a secondary interest of Igor Yevtushok. Fishing is the main business making his money. Yevtushok is the chairman of the board of directors and a co-owner of Okeanrybflot PJSC, 32,6% of authorised capital. De Yen Tyak and Valery Ponomaryov hold the same share of the company. In three quarters of 2018, the company's net profit totalled 1,7bn rubles. The company's website says that Okeanrybflot is ''one of the biggest fishing enterprises of Russia and the leading supplier of high-quality deep processing fish products in the Russian and world markets''.

The mass media say that Okeanrybflot purchased two big fishing companies in the Far East in 2017 – Dalintorg and Ogni Vostoka. The deal amounted to $60m.

Igor Yevtushok is not only a successful businessman but also a deputy of the Legislature of Kamchatka Krai from United Russia, moreover, the richest deputy. In 2016, he declared to have 1,96bn rubles, more recent declarations aren't available on the Net. Yevtushok was fourth in Power and Money 2017 rating by Forbes with the total income of his family and second with his personal income after his partner at Okeanrybflot Valery Ponomaryov.

Hotel will be in demand if there are big events

Realnoe Vremya asked market experts about the feasibility to build the hotel near Kazan Expo and the international airport. 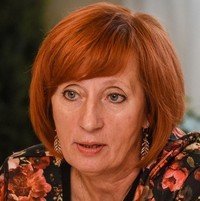 ''If the exhibition complex develops as it was planned and is used to hold large-scale events, it will be in high demand. It's much more convenient for people who arrive in Kazan for one-two days to reside next to the place where events are held and the airport than driving to Kazan like now,'' says Galina Sharafutdinova, executive director of the Association of Restaurateurs and Hoteliers of the Republic of Tatarstan.

''The hotel next to Kazan Expo will be in demand only during big events. It will be empty for the rest of the time. The airport doesn't provide such occupancy. Moreover, there are hotels that are closer to the airport than the hotel planned to be built, my Regina in Petrovsky, for example. As far as I'm concerned, Afanasyev (Editor's Note: head of Laishevo District in the Republic of Tatarstan, Kazan Expo is also on the territory of Laishevo District) was going to build a big hotel, he offered even me to join. But Kazan is full of hotels – the Shamov Hospital has been transformed into a hotel. Everyone hopes that Kazan will be overpopulated by guests, but it doesn't happen. Moscow and Petersburg are full, in Kazan, supply exceeds demand. Now many foreign chains are ready to sell their hotels, ask the same Marriott or call 10 hotels now, they won't tell you the truth. But if you ask if they are ready to accommodate 40 people now, they will almost immediately say they are – they are all empty. This is why it's not feasible. But the investors probably know better,'' says Mikhail Skoblionok, the owner of Regina hotel chain. 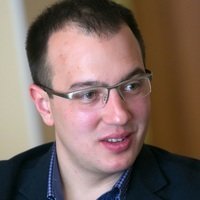 ''If you remember, there was Smart City project created by experts from Malaysia they didn't manage to implement. Kazan Expo will be a miniature of Smart City. Considering that much money was invested to reconstruct the airport, there are plans to create a Volga hub, I think officials of Tatarstan have big plans for this project, and it's feasible here to build the hotel. Expo first, then the hotel, later some offices will appear. As our airport is 20 minutes far from the centre of Kazan, I think the place's capitalisation will grow, and the business environment in this district will develop. In addition, if we look at world practice, hotels are always built next to airports,'' says Murat Akhmerov, director of A-Development consulting company.