''Schoolchildren are up for anything.'' How Volga region protested against pension reform

Experts: it was important for the youth to express the protest mood, not protest against the retirement age

Russia has gone through the second large-scale wave of protests of the youth with mass processions and cruel arrests. Hundreds of young people and children rushed in the street in cities on 9 September – they are supporters of oppositionist Aleksey Navalny who protest against the pension reform. However, experts say the theme of the protests didn't matter, the most important thing was to express the mood of the protestors, and it succeeded in this respect. Realnoe Vremya tells the details.

The single election day was marked for large-scale protest campaigns declared by supporters of politician Aleksey Navalny against the pension reform. The protests gathered a huge number of the youth and children, many of them were under 16. The Ministry of Internal Affairs also confirms it, there were minors among the arrested people, including from Kazan.

Schoolchildren and young people held mass processions in the main streets in cities and chanted anti-government slogans. The campaigns couldn't help but include conflicts with the police and cruel arrests. Prisoner transport vehicle took hundreds of young participants, mostly in Saint Petersburg (354) and Yekaterinburg (129). According to OVD-Info, 839 people in total were arrested in the protest campaigns in Russia on 9 September. The campaigns' atmosphere was similar to last year's ''school revolution'' on 26 March when the youth went out with slogans against corruption.

''Schoolchildren are up for anything, it doesn't matter if it's a rightist, leftist or another stir. I think they even don't know well who Navalny is, but people talk about him and people go outside. Everything is much simpler than one thinks. I had been chairing a youth organisation for almost over 20 years and I understand it very well. They don't need any ideology, nobody reads it, only old people read a party's programme, others follow their instinct. People in Russia have always been against power, and any power is imperfect, especially ours,'' commented writer and political expert Eduard Limonov for Realnoe Vremya. The protests gathered a huge number of the youth and children, many of them were under 16. Photo: Igor Logvin (karpovka.com)

''We already saw the scale when about a hundred of dolts went to the Bolotnaya Square, what's the sense?''

In Limonov's opinion, the youth didn't choose Navalny consciously: ''Today they go out because there is a name. The name will become dim for some reasons, and they won't go outside.'' At the same time, the political expert urges not only claim it's a ''school revolution'' like the movement was labelled the last time: ''A revolution does something, while this is just going outside, making noise and going home.'' In his opinion, not the scale of campaigns matter: ''Seven people killed Alexander II once, a crowd wasn't needed.'' 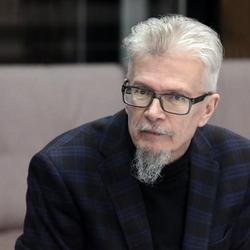 ''We already saw the scale when about a hundred of dolts went to the Bolotnaya Square, what's the sense? Tens of hundreds of people went outside in the 2011-2012s. What's the result? There is no result. They must be clear, practical. And saying ''they went outside, they were taken outside'' is like walking dogs. People go outside because the stir captivates them. Tsoy has a song Our Hearts Require Changes. Changes are what's needed. Mr Putin saw a long time ago people were looking for changes or participation in a mass stir. It's emotions, not sense,'' Eduard Limonov is convinced.

''We saw one type of people at CPRF protests, Fair Russia had another type, Navalny had the third type of people. That's to say, the protest is fragmented by social, demographic and cultural groups. But their totality is anyway an uncomfortable picture for power because the general protest continues developing and rather expands its social base. It's an open question if these social activists will be able to unite in one flow then. But if the situation remains as it is now, this will happen,'' Kagarlitsky is sure.

''Actually they go outside to support Navalny and be against power''

It's wrong to say Navalny has returned to the political agenda with Sunday campaigns – he hasn't left it, the expert considers. Every wave of protest of this kind just proves the oppositionist is ''far from being a political corpse'' and has a stable group of supporters. ''This is not the problem Navalny has. His problem is that he can't go outside his social, demographic and cultural niche. Moreover, when he tries to do it, he fails because, for instance, it's easy to understand the pension problem isn't his expertise. And even if his supporters are against the pension reform, actually they go outside to support Navalny and be against power. They are ready to go against any action of current power,'' thinks Kagarlitsky.

Director of Political Expert Group Konstantin Kalachev paid attention that choosing the form of protest between election and protests, the population chose the first one to express the discontent:

''There is a big distance from protest mood to protect campaigns. Moreover, the protest mood can be expressed in different forms: it can be a protest vote or participation in protests. For Navalny, as a person who wants to be the leader of the opposition, it's very important to have everything around him. He can't take part in the election, this is why he wants protests to compensate him it. From a perspective of the number of people in protests, we can say it's a failure, but the campaign is quite successful if the goal is to show he is an irreconcilable oppositionist, the major serious opponent of the Kremlin,'' thinks Kalachev.

Aleksey Navalny's supporters in Kazan, about 200 people, gathered in a non-approved campaign in the Tinchurin Park at 14.00. The campaign didn't have organisers. It should be reminded the police arrested the office's director Elvira Dmitriyeva beforehand – several days in advance – and dispersed the protest campaign itself quite cruelly.

Young people were mainly against the pension reform, urged to correct education of children and advised to start thinking of the country's future: ''There will be modernisation now, who will rule us later? Children who studied abroad? They will have another position. We need to educate children correctly. Russia will be free!''

The crowd headed from the Tinchurin Park to the Kazan Kremlin where they chanted different slogans. Policemen arrested 25 people. One of the protestors was a minor, he was released later, the others spent a night in the police station. The protest campaigns also had a big number of participants and mass arrests in the Volga region. Cheboksary became the only city that approved the campaign where about 700 protestors went outside. But power provided the furthest place – Sosnovka – 50 km from the city, though it's within the city in fact. This is why there was as much criticism of the mayor as about the retirement age increase.

A bit fewer protestors gathered in Nizhny Novgorod – about 500. They chanted the same characteristic slogs in the Minin Square, there was a march on Pokrovka. Regional coordinator of Navalny's office Dmitry Silivonchik was arrested.

The biggest campaign was in Ufa – over 1,000 participants. Citizens of Ufa gathered next to the Bashkortostan State Concert Hall. Then the column walked along the city centre and got to Gostiny Dvor shopping centre. 17 people were arrested in the capital of Bashkiria, including regional coordinator of Navalny's office Lilia Chanysheva. It should be noted that representatives of the oppositionist's office were arrested in other regions too, but selectively.