Why not repeat the Iranian scenario? Russia not among major US bond holders any more

The Central Bank of the Russian Federation got rid of $80-billion American securities. Sanctions and Trump’s trade war could have caused it

After the US Department of the Treasury published the latest data on treasury bond holders, it turned out Russia stopped being one of the major holders of the USA. In April and May, the Bank of Russia sold American securities at $80 billion from its international reserves. The western press note such a big reduction resembles Russia's of American securities and guess what the reason is. The main version is the nervousness due to sanctions. However, experts say the Central Bank likely went by purely economic reasons. Realnoe Vremya tells the details.

Russia dropped out of the list of the major holder US government securities. In early spring, it ranked 16 th on this list. However, in May, it stopped being in the top 30. For a short while, investments in the US state debt reduced 6,5 times: in March, Russia held securities at $96,1 billion, in April, the Central Bank of Russia got rid of $47,4-billion bonds, in May, it sold $33,8bn.

So Russia's investments in the US sovereign debt fell to a record low ($14,9bn). Even in the 2014-2016, when the Central Bank seriously reduced the possession of US government securities, their volume was ten times more. Such an aggressive reduction isn't normal. For Russia, which is used to be in the top 10 US bond holders, it seems to be a full-scale liquidation, thinks Bloomberg columnist Brian Chappatta. Nobody in the market clearly understands how to explain Russia's actions. Chappatta notes this is probably linked with American sanctions. He reminds the US restrictions are imposed now against almost 700 Russian citizens and companies.

Financial Times also explain the sale of American bonds by sanctions: relations of Moscow and Washington weren't calm, while April restrictions first affected strategically important public companies such as Rusal. This, Financial Times reminds, led to a mass sale of Russian securities, while the ruble lost over 10%. The Bank of Russia explained the reduction of investments in US securities by a desire to decrease the dependence on one type of securities. But economists suppose the reason is different. While the US Congress was discussing stricter measures, for instance, prohibition to purchase Russian OFZ, the alarm rose. 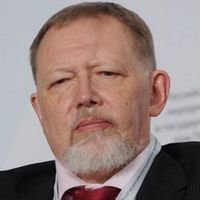 Former head of the Central Bank Sergey Dubinin sees here an attempt of Russia to insure against possible confiscation of securities in the USA. He claimed to Bloomberg that Russia learnt Iran's lessons, this is why it's actively converting dollar securities into other currencies to secure its reserves.

Geopolitics means a lot but not everything

A more benign explanation is that the Treasury International Capital data is murky and that Russia's US securities might just be held in a different country, writes Chappatta.

Bogdan Zvarich, vice-president of the Guild of Financial Analysts and Risk Managers, thinks the sale of US securities is likely to be linked with economic reasons: ''The fear of a further reduction in price for US securities – both by means of domestic economic tendencies and partial sale of some big holders as a reply to starting a trade war – makes it quite logical to reduce volumes of investments. At the same time, we see growth in profitability, which makes these securities more attractive in the future.''

However, Zvarich notes there are no alternatives to the US public debt in the ratio of risk and profitability now. 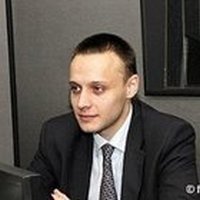 ''There are European bonds, but profitability is lower here. There are more profitable bonds of developing economies, but there are less reliable. As a result, I don't exclude the volume of investments in the US debt can be recovered for lower prices in the next one or two years,'' he says.

Denis Gorev, security manager at General Invest, says the securities ''will feel bad'' amid a rise in rates of the US Federal Reserve System. ''Consequently, it looks quite a logical action to even sell them and have cash.'' ''As for investors, they'd be better to conserve the outlook on dollar securities, preferably short-term.''

Geopolitical risks aren't important but not the key reason, thinks Otkritie Broker's analyst Timur Nigmatullin. The key factors that encouraged the Central Bank to change the structure of international reserves so radically are currency risks and volatility of treasury bonds. Currency risks are linked with possible weakening dollar against the euro due to an expected aggravation of the US monetary policy in 2019. Meanwhile, volatility risks are linked with a rapid rise in rates by the Federal Reserve – this puts pressure on security prices (mainly mid- and long-term securities).

''It's likely the Central Bank of Russia has partly changed the structure of reserves in favour of the euro, pound, Asian currencies. However, the change of the basket of currency securities probably was less significant in comparison with the amount of the closed position on bonds they sold. Anyway, foreign exchange reserves of the country should reflect the structure of foreign trade. So most part of the money after the sale of bonds could be placed in dollar deposits or other securities,'' says Nigmatullin.