World Cup heritage: ''Many people dream to stand next to Messi and Ronaldo, but in our city they lived!''

Kazan will show foreign guests not only a house where Lenin lived, but also a stadium where football legends played

''Excellent!'', ''Great!'' the vast majority of tourists highly appreciated the efforts of Kazan to organize the big football evet, they assure in the State Committee on Tourism. In turn, the republic is also pleased with the results. Apart from the sea of positive emotions from the World Cup, it is also an economic benefit. Foreign guests left more than 11 billion rubles in Tatarstan, which is six times more than during the Confederations Cup last year. Read the details in the material of Realnoe Vremya.

The World Cup for Kazan is already over, now Tatarstan is waiting for the delayed PR-effect:

''The experience of all countries hosting the World Cup shows that after it the tourist flow grows at a high rate during 2-4 years. We plan to use the heritage of the games, in the series of autumn exhibitions we will be with new tourist products. We have been visited by Ronaldo, Messi, Neymar, many people on Earth dream to stand next to them. But in our city they lived, played. We also have a house where Vladimir Lenin lived, now we have a stadium and everything else where these players played and lived,'' Sergey Ivanov, Chairman of the State Committee of Tatarstan on Tourism, shared plans.

During football matches of the national teams of Iran, Germany and Australia in Kazan, the staff of the State Committee for Tourism held meetings with representatives of these countries to establish a tourist flow to our city.

''We had meetings was with Iran, they were delighted by the Tatarstan Republic, Germany has a serious interest, Australia has expressed pleasant surprise with Kazan,'' said Ivanov. 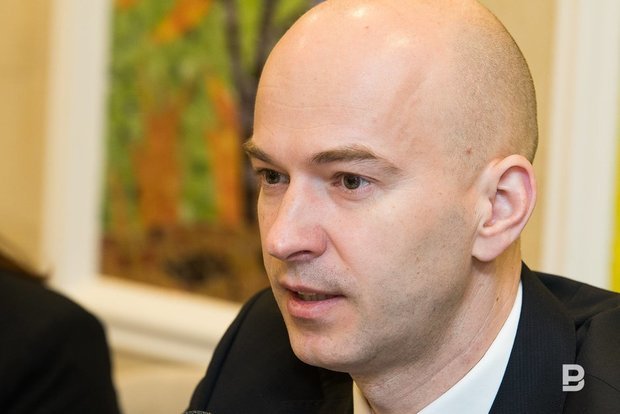 Sergey Ivanov: ''We have been visited by Ronaldo, Messi, Neymar, many people on Earth dream to stand next to them. But in our city they lived, played.''

The average occupation rate of all accommodation facilities was 81%, on the days of the matches — 91,5%. On the final games on June 30 and July 6 it reached almost 100%. The occupancy of hotels and hostels during the games on average increased by 60% compared to the same period last year. Some fans chose to stay at motorhome, in front of the Kazan Fair there was even organized a special platform, where residents of Switzerland, Colombia, Germany and Russia stayed in the improvised housing.

''The average length of stay in Kazan was three days, 6% of tourists came for one day, without an overnight stay. Many fans came for 4-7 days. There was a record — 24 days, it was an Australian fan,'' Sergey Ivanov reported. By the way, in general, there were surprisingly many fans from Australia.

Residents of not only those countries whose national teams played in our city, but also, for example, the UK, Israel and Japan came to Kazan. Excursions around Kazan were in great demand, as well as to Sviyazhsk and Bolgar. Tourist information centres in the city during the games were visited by more than 35,000 guests.

''The most common questions — to help with the exchange of money, get a map of the city, to find out where and what are the tours, where they can taste national cuisine,'' said Sergey Ivanov at a press conference. ''From unusual requests I remembered the case when a tourist information centre was visited by defender of the German national football team Jerome Boateng in search of a sleep mask.''

For all means of transport, the flow of passengers increased by 30-40%. Some preferred to get on their own, for example, bikers from Oman reached Kazan, crossed more than one border. Already on the spot, they told about the sense of security, hospitality, although they were afraid to go on a trip to Russia. Many tourist places were of particular interest among the guests. The attendance of the Chak-Chak Museum increased by 20% in relation to the same period last year, 7,000 people visited the Temple of All Religions, and the majority came independently. Someone went to the beach in Laishevo, in Borovoe Matyushino, on the Blue Lakes. About 297,000 tourists who visited the Kazan Kremlin Lily Galimova said the day earlier. By the same period of 2017, the indicator increased by 30,3%. Among the guests, most of all there were Russian tourists — 58%, foreigners — 42%.

''Most often, in Kazan there arrived men of 24-34 years in the company of friends, they stayed in a hotel for three days,'' Ivanov gave a typical portrait of the guest.

At the same time, 50% of all fans plan to return to Kazan as tourists, 95% will recommend the city and the republic to their relatives. ''The vast majority of the guests were very pleased with their stay in our city. 75% gave ten points out of ten,'' said the chairman of the State Committee.

Tatarstan, in turn, is also pleased with the results of the World Cup: Kazan was visited by mostly solvent fans who spent 11,2 billion rubles during the matches, which is six times more than in the same period of 2017.

''The effect is multiply higher than that of previous competitions,'' said Ivanov, referring to the Confederations Cup, the Universiade and the World Aquatics Championships. ''The World Cup was visited by another audience, financially secure. The average overall amount of spending in Kazan is 37,000 rubles, this includes accommodation, food, shopping and entertainment. But it does not include the cost of tickets for games, transport costs, so all the real costs exceed 18 billion rubles.'' 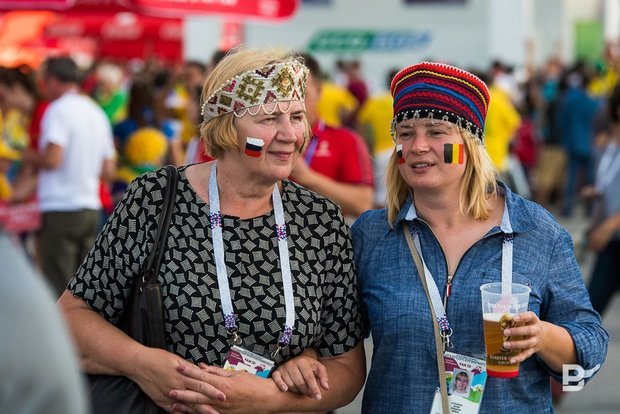 50% of all fans plan to return to Kazan as tourists, 95% will recommend the city and the republic to their relatives

The same forecast figures Sergey Ivanov called already in May. The World Cup has showed that foreign fans have about 40% more expenses than Russians. The generosity of foreign guests is understandable, given that they were surprised by the affordability of our prices.