The final review of the IT market, telecom in Russia and around the world

Events of the Russian media sphere gained public attention in March. Facebook has had a serious collapse of shares and now is facing lawsuits due to the accusations of leaking its users' personal data, while our cryptocurrency makers and enterprises started to shower Google with suits because of cryptocurrency advertising ban. Telegram has got two failures as well as a threat to be banned in the Russian Federation for a trial with FSB. Realnoe Vremya's final review tells the details of these and many other events.

Fight against fake news after Kemerovo

The implementation of liability for distribution of fake news can become one of the consequences of the awful tragedy in Kemerovo. The case is that after the fire in Winter Cherry shopping centre, information that authorities allegedly conceal real scales of what had happened and the number of victims could reach 300 people started to spread on the Internet. Ukrainian prankster Evgeny Volnov is supposed to be the main source of the false information – he posted videos in which he had called Kemerovo morgues and hospitals saying that the number of fire victims totalled hundreds of people on his YouTube channel.

Unfortunately, word of mouth worked out. And apart from very citizens of Kemerovo, some stars and bloggers with thousands of subscribers started to doubt the reality of official numbers. As a result, Russian prankster Aleksey Stolyarov (Lexus) and Vladimir Kuznetsov (Vovan) offered to adopt a bill on fakes on the Internet. We should to notice that this issue requires a detailed discussion and a very careful approach, so we won't have ''another Article No. 282''

But before official debates, which are scheduled for 6 April, begin, all power of federal channels (that, by the way, themselves commit a sin by making fake reports) collapsed on Russian show business stars, bloggers and some newspapers. On 28 March, Russia 24 aired a report titled Fakes about Tragedy: Who Distributed Bigger Number of Kemerovo Fire Victims in Social Networks and Media. The implementation of liability for distribution of fake news can become one of the consequences of the awful tragedy in Kemerovo. Photo: mchs.gov.ru

Rostec state corporation, which was going to be the only owner of BARS Group from Tatarstan two years ago, refused this idea and decided to purchase just 25% and one share. Rostec says now they don't see the necessity to take control of partnership projects and a quarter in the authorised capital is the best option. According to another data, there wasn't enough money to purchase all BARS Group. Rostec state corporation, which was going to be the only owner of BARS Group from Tatarstan two years ago, refused this idea and decided to purchase just 25% and one share. Photo: Oleg Tikhonov

It is said these rules will come into force this summer. Google's position is that the company doesn't know the future of the cryptocurrency market. However, they have already seen ''enough consumer harm'' in this sphere and ''want to approach with extreme caution''.

The reaction to the ban on cryptocurrency-related advertising was quite sharp. The head of the Russian Cryptocurrency and Blockchain Association (RCABA) promised to file a joint suit of sectoral associations of South Korea, China and RCABA against Facebook, Google, Twitter and Yandex. And one Russian entrepreneur has already sued Google at 2 billion rubles for cryptocurrency advertising ban – he's sure his business with crypto machines will suffer from the new rules.

A bill on cryptocurrencies was also adopted in the State Duma of the Russian Federation in March. According to the document, Bitcoin isn't called money, and mining is considered as entrepreneurship only if electricity consumption bill is higher. We should notice that it almost completely copied all key points of the document, which was published by the Ministry of Finance of the Russian Federation in January. Vk.com social network and Megafon announced the closure of VK Mobile virtual operator – it happened in less than a year after the project's launch. During the announcement of the financial report of Megafon, its representative claimed connections to VK Mobile closed but existing users would be serviced. The very project was called unsuccessful. We should remind that the official launch of VK Mobile was in early June last year. For 400 rubles, Megafon offered users unlimited traffic for Vk.com, subscription for Boom, stickers, 2 GB of Internet traffic and calls.

The Federal Service for Labour and Employment launched a Russian analogue of LinkedIn. It's a social network with business contacts Skillsnet. In an interview with TASS, the head of the labour ministry claimed: ''It will be the best social network for professional contacts. And we are convinced it will be in demand among the youth.''

It is said the functions of Skillsnet completely coincide with that of LinkedIn by Microsoft. We should notice the foreign site was added to the roster of banned sites by the Federal Service for Supervision of Communications, Information Technology and Mass Media in 2016 because it breached the law on personal data when it didn't start to keep and process the Russians' database on the territory of the Russian Federation.

Huawei ahead of Apple in sales in Russia, and Xiaomi presents new devices

By the way, last month, Apple presented a new iPad for students and schoolchildren. The tablet has Touch ID, A10 Fusion processor, a 8-megapixel rear camera and a battery that hold a charge for up to 10 hours. The tablet will cost $299 for schools and $329 for all other clients. The device will be supplied from April.

Another novelty was presented by Xiaomi. It's Mi Gaming Laptop 15,6. It is said to be light, very powerful and inexpensive in comparison with its key rivals. Sales kick off on 13 April in China, nothing is known about the availability in other countries and prices there yet.

Zuckerberg in the centre of scandal

A big scandal is breaking out around Facebook. The social network was accused of illegal use of the personal data of more than 50 million users. Cambridge Analytica collected them by passing by rules and applied in Donald Trump's presidential campaign. Facebook allegedly knew about the leak and that it had been hiding it for several years.

Representatives of the social network said they didn't consider what had happened a leak. In their opinion, the application's developers legally collected the data. They then breached the rules and gave them to Cambridge Analytica. However, the company was criticised for weak protection of personal information.

Against a background, the company's shares collapsed by 11% — Facebook lost more than $50bn of its market price (as from 21 March). Investigations began in the USA and Great Britain. Mark Zuckerberg, in turn, quickly laid out a three-stage plan to return its users' trust and admitted he failed the users and gave a pile of interviews. This didn't save him from sharp statements and urges to delete Facebook in social networks as well as lawsuits – investors and usual users have already gone to court. 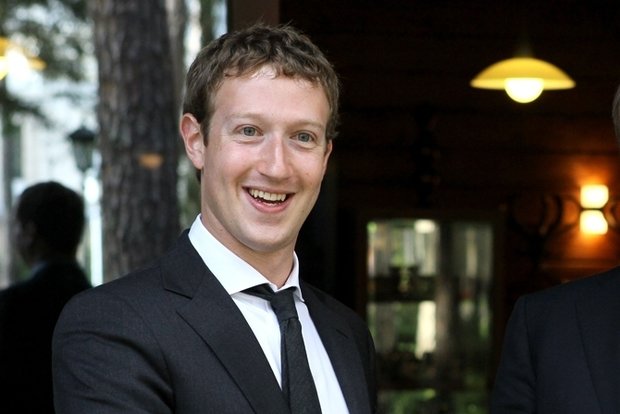 Mark Zuckerberg, in turn, quickly laid out a three-stage plan to return its users' trust and admitted he failed the users and gave a pile of interviews. Photo: government.ru

Failures at Telegram, its possible block and boreowing $850m for ICO

Telegram messenger had two big failures in March. The first one was on 5 March. According to TJournal, the web version gave an error message ''500 Internal Server Error'', while messages couldn't be sent in the application. The failure affected users from Belarus, France, Hungary, Spain and Britain. The next failure took place at the end of the month – it dragged on more than three hours. Telegram creator Pavel Durov explained by ''power outage at a @telegram server cluster causing issues in Europe''.

Federal Service for Supervision of Communications, Information Technology and Mass Media, which has a grudge against Durov's brainchild decided to say about the block for the last time. ''Users complain about Telegram's failure. According to the media, the majority of the complaints come from Russia, Italy, Spain, France, Great Britain, Ukraine and Kazakhstan. If you hurry up to suspect the service of everything, know that we have nothing to do here,'' says a message of the service published on Facebook.

The service's statement is an allegation to last month's another newsworthy event. On 20 March, the Supreme Court of the Russian Federation denied the lawsuit of Telegram against FSB to recognise the order of this service invalid to provide keys to decode the messenger users' chats… Earlier Telegram was fined 800,000 rubles for not obeying the order. After the court's decision, the Federal Service for Supervision of Communications, Information Technology and Mass Media notified Telegram about the necessity to obey the law to provide information to security services and obliged to give FSB information to decode messages during 15 days. If the requirement is ignored, the establishment promised to block the messenger. Pavel Durov, in turn, claimed he refused to be cowed.

At the same time, TON Issuer and Telegram Group, which belong to Pavel and Nikolay Durov, reported they borrowed $850bn from 94 investors for ICO. The sum will be spent to develop the messenger and TON blockchain platform. Realnoe Vremya told about this project previously.