On March 29, Telegram failed in the first half of the day. Roskomnadzor (Federal Service for Supervision in the Sphere of Telecom, Information Technologies and Mass Communications), which has long had grudge against the messenger, immediately hastened to declare that it had nothing to do with this. A little later, Pavel Durov, the creator of Telegram, explained that the problems were connected with power outages in a cluster of servers in Europe. Realnoe Vremya has collected all the information about the messenger's disconnection.

Consequences of the failure and Durov's promises

The problems in Telegram began on March 29 at around 11 a.m. MSC. In total, the large-scale failure lasted for about 3 hours. According to the resource Downdetector tracking failures in the work of popular services, the problem affected residents of Russia, Ukraine, Belarus, Central Asia, Europe, and the state of California. The users could not send or view messages in both mobile apps and the web version of Telegram.

In addition to individual users, the failure had a negative impact on the work of entire companies using Telegram for communications. By the way, the communication in Innopolis failed because of the incident. As director for marketing communications of the city Artem Fatkhullin informed to the edition Inc., for Innopolis Telegram is 'a key ecosystem for management of the city and the main platform for business and city-wide communication', and when 'the whole city halted', Fatkhullin was 'lying and crying'.

While the loved by many messenger (at least in Russia it is used by about 10 million people) was not working, the users had to go to alternative sites: Twitter, WhatsApp, Vkontakte. Someone even remembered about ICQ. By the way, Twitter users, as always, responded in a creative way: they launched the hashtag # телеграмживи, which is translated as 'Telegram, live' from Russian, instantly coming to the top, stamped memes and jokes about the blocking of the messenger by Roskomnadzor and that they 'are tired of working while the messenger is out'. 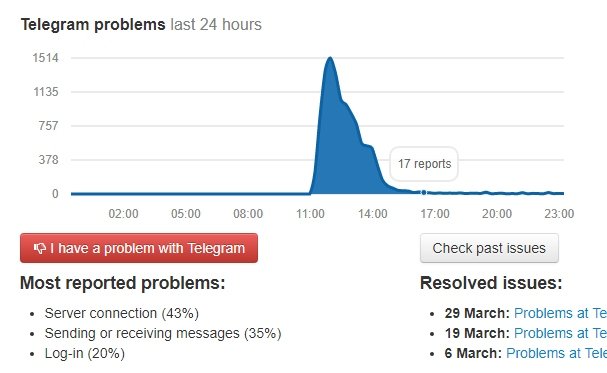 In total, the large-scale failure lasted for about 3 hours

''Power outage at a @telegram server cluster causing issues in Europe. Working to fix it from our side, but a lot depends on when the datacenter provider puts the power equipment in order,'' Pavel Durov explained the cause of the failure. Later, already in Telegram, Durov once again addressed the users and reported that to make sure such failures don't happen again, his team established 'a more direct and real-time communication between our engineers and the data center electricians, and, more importantly, started upgrading our power-related equipment to add even more redundancy'.

In addition to the creator of Telegram and his team, Roskomnadzor, which has long had grudge against the brainchild of Durov also decided to make an announcement about the failure. ''Users complain about the failure of Telegram. According to media reports, the most complaints come from Russia, Italy, Spain, France, the UK, Ukraine and Kazakhstan. If you can't wait to suspect RKN in everything, you should know — we do not have relation to it,'' said in the message of Roskomnadzor published on Facebook.

Let us remind that on March 20 the Supreme Court of Russia rejected the claim of Telegram to the FSB on invalidation of the order of the agency to provide the keys to decrypt the correspondence of messenger users. Previously, Telegram was fined 800,000 rubles for non-execution of the order. After the court's decision, Roskomnadzor notified Telegram about the need to comply with the requirements of the law on the provision of information to security agencies and obliged to provide the FSB with the information for decoding the messages within 15 days.

In case of failure to comply with the requirements, the agency promised to block the messenger. In turn, Pavel Durov said that he will not succumb to the threats: ''Threats to block Telegram unless it gives up private data of its users won't bear fruit. Telegram will stand for freedom and privacy.'' 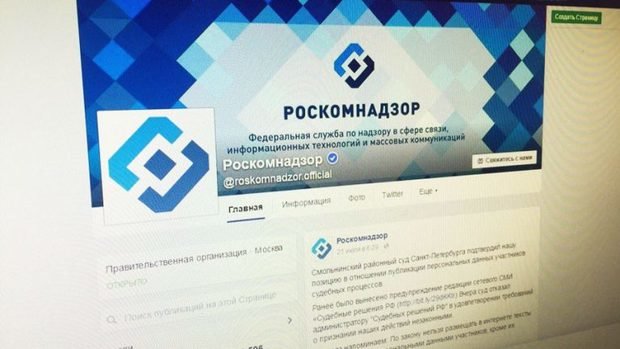 ''If you can't wait to suspect RKN in everything, you should know — we do not have relation to it,'' said in the message of Roskomnadzor published on Facebook. Photo: constmb.ru

The authors of Nezygar, a top Telegram channel, expressed their opinion on possible blocking of the messenger and the position of Pavel Durov at the request of Realnoe Vremya: ''Durov's principled position is very clear. There is the human right to confidentiality, the right of secrecy of correspondence. This right is not a fiction, not a fairy tale, it is confirmed by the UN global documents.'' Also, the interlocutors of our publication believe that the control over correspondence today is in the interest of all global intelligence agencies.

''It's not only about state intelligence services, but also about corporations. All of them will hunt for your information. If you do not establish the monopoly on control instruments, they will act in other ways, for example, they will buy information,'' the creators of Nezygar believe. ''We do not believe that a blocking will happen quickly. First, it seems to us that the security services of literally all countries use as a basis not control over messengers and correspondence, but still intelligence work. This is the most reliable and proven tool. Through agents, they can read any interesting correspondence.''

Not the first failure

It is worth noting that this failure of the messenger was not the first one. For example, Telegram stopped working just recently — on March 5. As reported by the publication TJournal, at the time the web version gave the error '500 Internal Server Error', and the application did not send messages. The failure affected users from Belarus, France, Hungary, Spain and the UK.

Another failure occurred on February 20. On this day, residents of Russia, Ukraine, Slovenia, Italy, Spain, Ireland and many other countries complained about the problems with the messenger. Telegram team promptly responded to complaints from users and quickly fixed everything: ''Some of our users in Europe and MENA are currently experiencing connection issues. We've got all hands on deck, working to bring everyone back online. Hang on!''