''Is there money for pensions?'': Kudrin raises debate over retirement age in Russia

Last week, former Russian Finance Minister Alexei Kudrin once again raised the debate over raising the retirement age. Without this unpopular decision, the government will not be able to fulfill social obligations, he said. According to Kudrin, the Pension Fund of Russia already today has no money. The idea to raise the retirement age is not new and has both supporters and opponents in the expert community. The political establishment is trying to distance themselves from this dispute. Realnoe Vremya presents those few statements of the authorities about the retirement age and quotes expert opinions.

An interview in which the head of the Centre for strategic research (CSR) and former finance minister, Alexei Kudrin, claimed a shortfall of money in the Pension Fund of Russia (PFR) was published by Argumenty y Fakty newspaper on 15 November. The statement was made in the context of a discussion about raising the retirement age. Kudrin has been actively promoting this idea, proposing to gradually increase the age to 63 years (currently men retire at 60, women at 55).

To the question of journalist Vitaly Tseplyaev whether the state has other resources which will allow, without increasing the retirement age, to maintain ''at least the current modest pension'', the expert replied, ''I'll tell you straight — no, no money has left.''

''In 2016, the government first breached its obligation and held an indexation of pensions for all pensioners. One-time payment in the amount of 5,000 rubles did not compensate for how much people were underpaid. Now it is being considered a limitation of payments to working pensioners. It's all a consequence of a shortfall of money in the Pension Fund. Is it possible to close this hole at the expense of other sources such as a tax increase? No,'' Kudrin said. The head of the CSR added that ''in order to even pay current pensions, we need to abandon investments in education, health care, construction of new roads, the future of our children.'' In the short term, a raising will allow to balance the Pension Fund, believes Tatyana Golikova, the head of the Accounts Chamber. Photo: kremlin.ru

The next day the official website of the Pension Fund published a refutation titled ''The statement of PRF: we do have money, there will be payments.'' It states that the fund was 'confused' by Kudrin's words about a lack of money for social obligations.

In turn, the head of CSR on Twitter asked the representatives of the fund ''to respond not to hot media headlines, but on my interview particularly.'' ''Overcoming the deficit of the PFR will require a major budget spending. There is money for this purpose, but not enough for development,'' he wrote.

Golikova — for, Moskalkova – against, Putin – aside

In the expert community, the idea of raising the retirement age has a number of supporters (though opponents as well) in addition to Kudrin. As for authorities, they are trying to distance themselves from the subject and often avoid public debate.

Former minister of economic development of Russia Alexei Ulyukayev, against whom a year ago it was filed a criminal case on a bribe in the amount of $2 million, spoke in favour of raising the pension age. In March 2016, he stated that this measure was inevitable and it was only a matter of time. It would be logical to announce an increase in a 'peaceful electoral period', for example at the end of 2016, he reasoned.

Tatyana Golikova, the head of the Accounts Chamber, told about some advantages of a raising in June. In the short term, this will allow to balance the Pension Fund, she said in an interview to Izvestia newspaper. The arguments against was put forward by Ombudsperson Tatyana Moskalkova. In her opinion, raising the retirement age will close access to labour market for young people, ''It is a brake for progress of the youth.'' According to Tatyana Moskalkova, raising the retirement age will close access to labour market for young people. Photo: Oleg Tikhonov

President Vladimir Putin has spoken neither for nor against. He believes that ''the topic should be treated very delicately.'' The issue of retirement age is being discussed at the government level, but no decision has been made, said Putin during a question-and-answer session in June.

''We can indefinitely support the fund''

There is no alternative to raising the retirement age when maintaining the status quo, believes economist Dmitry Travin. Of course, theoretically it is possible to solve the problem of the deficit by other ways, but now these scenarios are unlikely, ''We can subsidize the fund from the budget indefinitely. But the budget needs to have money for this, Travin says. If I was asked to propose the most fantastic method, I would say, ''No problem — let's drastically cut military spending and subsidize the retirees. Another thing is that in our environment nobody is going to do it.'' Given this, it only remains the option of raising the age, he explains, ''People will work longer, but the defense will be stronger.'' According to Travin, the power oscillates between two options. The first is to announce the unpopular measure after the presidential election in 2018 ''when it will not cause any threat to Putin.'' The second option is to do nothing.

''For 18 years of Putin's rule, his most famous strategy in the economy has been to do nothing and turn a blind eye to any problems. If nothing is done, pensions will gradually depreciate. At some point, the Pension Fund will be in such deficit that the budget won't be able to cover, there will be delays. I would not say that it is such an incredible option,'' Travin says.

It is possible to raise the pension age, but not earlier than detailed studies are carried out that will make it clear by how much the real employability of citizens has increased, says economist Nikita Krichevsky. It has increased, but by how much — nobody knows, he says. 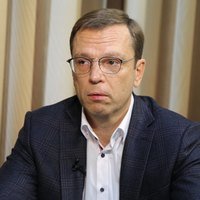 ''It's a medico-social matter. Kudrin sees a lack of funds in the pension system, which Kudrin himself has created, as the reason for raising the retirement age. We cannot procced from money. If you apply this criteria, then we can increase the age to 63 years, and, for example, to 70, and even to 80,'' says Krichevsky.

If do nothing, the situation will deteriorate. First of all, the relation of pensions to the level of salaries will fall. Accordingly, one of the main functions of the pension (compensation of previous salary) will be lost, says Yury Gorlin, deputy director of the Institute of social analysis and forecasts at RANEPA [Russian Presidential Academy of national Economy and Public Administration]. Although the income in the Volga Federal District will be able to provide pension increase to the inflation level in the nearest future. However, it is a slow-response option, the expert continues. 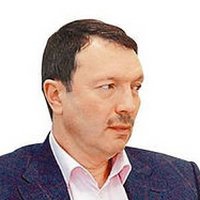 ''If we want the pensions to compensate the lost earning, we will have to take a number of measures, including raising the retirement age. But this is not the only thing that needs to be done. For this, we need to withdraw salaries from shadow, to reform the system of early age pension and to increase the minimum pension insurance record,'' the expert says.