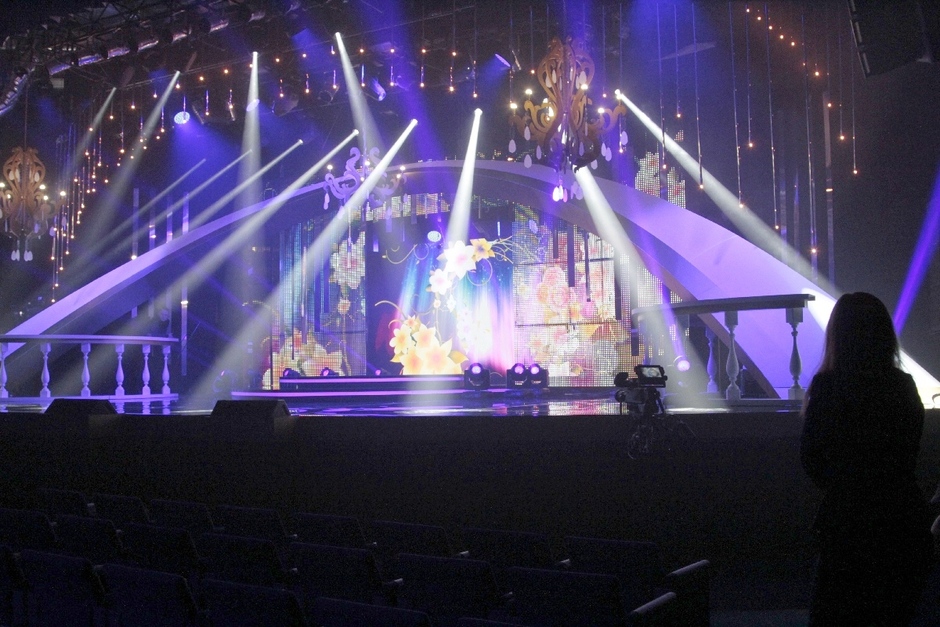 The official award ceremony of the 4th national Bolgar Radio music award took place at Pyramid on 25 February. The event started in the foyer of Pyramid and segued into the hall where a richly adorned stage was waiting for spectators. Nobody expected that there would be four presenters. Scriptwriter of the ceremony, people's artist of the Republic of Tatarstan Iltazar Mukhammetgaliev refused cliches. As a result, three couples of presenters shared the stage and found out who was more popular during the whole evening. By the way, all presenters were Bolgar Radio DJs - Aigul Khairullina, Rustam Gaizullin, Dilbar Faizova, Fail Gimadov, Aisylu Khazieva and Ilfar Karimov.

Creation of special nominations of the national Bolgar Radio music award was another novelty of the ceremony. For instance, in TNV channel viewers and Bolgar Radio listeners' opinion, the audience's favourite Rishat Tukhvatullin deserved to become Singer of the Year, Venera Ganieva won the nomination Teacher of the Year. TNV channel viewers observe the fight of singers in Hot Hit project on Saturdays. Their opinion could not help but be taken into account, of course. Ilsiya Badretdinov became the winner in Most Beautiful Video in Hot Hit, and young singer Diliya Akhmetshina took the statuette for Most Romantic Singing.

Songwriters are also honoured on the Bolgar Radio music award ceremony together with singers. Poets Anna Popova and Aidar Timerbaev got the greatest number of awards from the Pyramid hall. And people's artist of Tatarstan, composer Zufar Khairetdinov's merits were mentioned in a special way having given him a statuette for Author of Immortal Hits.