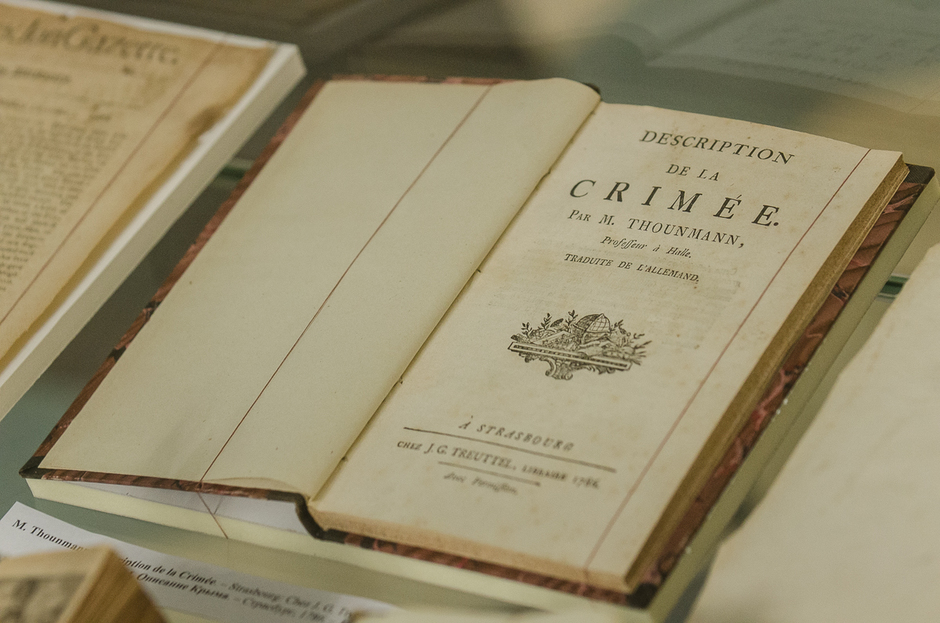 The exhibition ''The pearls of the Crimean Tatar treasuries'' has recently been held in the Museum of Islamic Culture of Museum-reserve Kazan Kremlin. it aimed to introduce the history of science and culture of Crimea of the 13th – early 20th centuries.

The exhibits were collected from 35 countries of teh world in 2004-2011and now are the funds established a few years ago Crimean historical Museum-reserve. Among them - created in the Crimea written monuments of the 15th-20th centuries in Arabic, Crimean Tatar, Ottoman Turkish, and objects of tangible culture.

Most of the exhibits are published in European countries engravings, lithographs and postcards, unique cartographic materials. The ancient part of the exhibition were represented by 56 coins minted during the reign of the Crimean khans. The exhibition's gem were the womens head covers: marama and sherbenti (with double-sided embroidery), the elements of the female costume (belt gear, clasps, cuffs, and ''kise'' and others).