Parterre closed, audience – to the balcony!

The second round of the M. Glinka competition is taking place in the S. Saydashev State Big Concert Hall

47 lucky people who are through to the second round of the M. Glinka international competition performed their programmes in front of jury members on 15 April. Realnoe Vremya's correspondent evaluated the atmosphere of the competition.

There is unusually no noise in the foyer of the S. Saydashev State Big Concert Hall, it seemed that everyone was walking on tiptoes even here not to bother the audience in the Big Hall, God forbid. Though the entrance to the first and second rounds was free of charge, it's impossible to get to the parterre – the audience was accompanied to the balcony.

One could enter and go out freely, but not during the performance of a programme by a competitor. We can't say that citizens of Kazan headed to listen to the competitors in a line, there were quite many empty seats in the balcony.

It's mainly students and teachers of the conservatoire and the musical college, and a few music fans. The first and second rounds are a sieve anyway that chooses stars-to-be, and the third round means almost winners. But the audience will have to pay to see it. 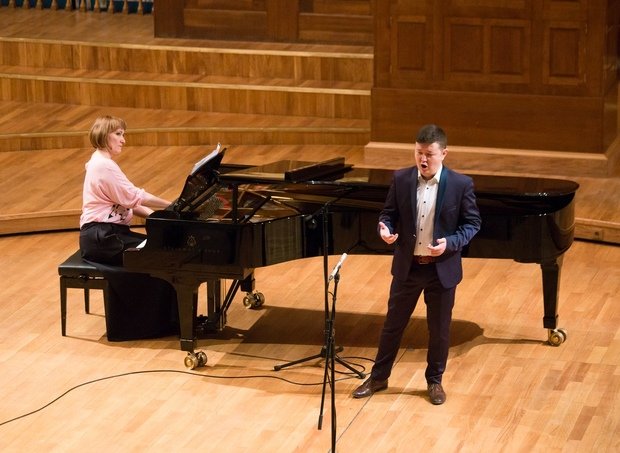 The first and second rounds are performed to the piano

Glinka's huge portrait was hanging above the organ. Only a piano is on the stage, very ascetic. The parterre was unusually empty, a long table was on the central aisle with the jury chaired by Albina Shagimuratova. Opera stars Irina Bogachyova, Olga Borodina, director of the Mariinsky Theatre's Academy of Young Singers Larisa Gergiyeva and others decide the competitors' fate.

The first and second rounds are performed to the piano, in the third one, the competitors will sing with the Tatarstan State Symphony Orchestra and Aleksandr Sladkovsky, he is famous for a strict but very benevolent attitude to singers, what many opera singers who perform with him have already appreciated. And the maestro knows what it's like to work in vocal competitions, so we can say the competitors are lucky to have the orchestra and the conductor.

It seems that there is nothing extra in the audition procedure: announcement of the name of the competitor, the country he or she represents and programmes. And, of course, the accompanist. Many participants couldn't afford to bring their accompanists, and the burden fell on Kazan pianists' shoulders. For instance, Alsu Baryshnikova has 70 competitors.

The jury was listening to the competitors' performance with a poker face, without demonstrating emotions clearly. They were taking notes on their papers without talking to each other. But it's hard to restrain spectators – they applauded, even shouted ''Bravo''. In the second round, the competitors must perform Mikhail Glinka's romance and an aria from a Russian or foreign composer's opera. As a rule, everyone steps on the stage in concert costumes – in tuxedoes and evening dresses. An atmosphere of reserved solemnity reigns on the stage. As a rule, everyone steps on the stage in concert costumes – in tuxedoes and evening dresses

The first stage, which was from 12 to 14 April, was the toughest for the jury. By precise calculations, 240 applications were filed for the M. Glinka competition, 218 participants appeared on the stage, so the jury worked for three days with short breaks from 11.00 to 22.00. The decision that 47 vocalists reached the second round became known late on 14 April evening.

At first, it was planned to admit 40 people to the second round, but then they obviously decided to give several talented guys a chance. In the first round, the competitors performed an aria from a Russian or foreign composer's opera.

Mostly Russians reached the second round, which means we still have one of the best vocal schools in the world, then it's representatives of Mongolia, Uzbekistan, China, Ukraine and Kazakhstan. Soloists of the Tatar State Academy Opera and Ballet Theatre Elza Islamova, Server Kadirov and Irek Fattakhov are among those who are in the second round.

Now it's hard to say how their fate in the competition will end, though the theatre has Glinka competition laureates. For instance, soloist of the Kazan opera theatre and the Bolshoi Theatre Mikhail Kazakov once won the Grand Prix, Vladimir Vasiliev who sings on the stage of the Kazan theatre is also a laureate. Albina Shagimuratova herself, who was a soloist of the M. Jalil Tatar State Academy Opera and Ballet Theatre till the last season, is also a laureate of this competition. 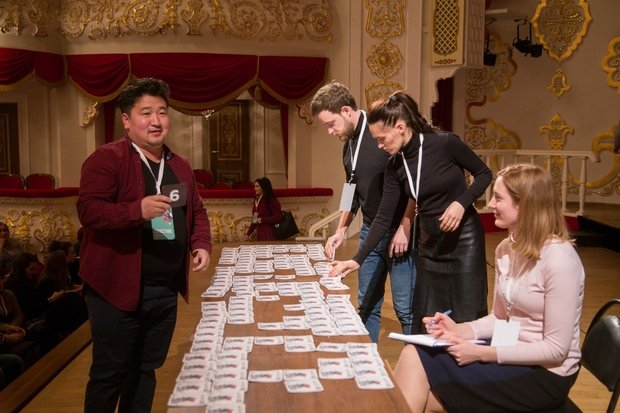 The first stage was the toughest for the jury. 240 applications were filed for the M. Glinka competition, 218 participants appeared on the stage

The competition auditions went on 16 April, late in the evening we were to know the names of those who will keep fighting for victory. Those who will reach the third round will have rehearsals with the orchestra on 17 April. According to preliminary information, 10-12 people out of 47 participants are expected to get to the second round.

Of course, the jury is very competent, and the selection is very strict. But the M. Glinka competition is the oldest in Russia, to become its laureate is, in fact, to start building an opera career. Moreover, the Tchaikovsky competition is ahead, our laureates will get there without a preliminary audition.