''Rumours arise because of lack of reliable official information, which would everyone trust''

The ministry of health of Russia has advanced the initiative — to punish the media and Internet resources for promoting the refusal of vaccinations. According to officials, publications on post-vaccination complications are not objective and undermine confidence in vaccination. State Duma Deputy Ayrat Farrakhov believes that rumours arise because of the lack of reliable information and proposes to oblige the ministry of health to report on the vaccination campaign, including the number of complications. Doctors interviewed by Realnoe Vremya believe that the ban is an ineffective measure. Read the details in the material of Realnoe Vremya.

Fines for promotion of vaccination refusal

The Russian Ministry of Health wants to fine the media and bloggers calling for refusal of vaccination. This was reported by Deputy Minister of Health Tatiana Yakovleva. The ministry plans to amend the laws ''On information, information technologies and information security'', ''On mass media'' and ''On immunoprophylaxis of infectious diseases'' and the Administrative Code of the Russian Federation.

The anti-vaccination lobby has gained momentum, there have become more anti-vaccination followers, which threatens the effectiveness of vaccination in general. It concerns community immunity, if 95% of the population are vaccinated and immune to infection, then those who are not vaccinated also receive protection from it. When this threshold is lowered, there is a risk of an epidemic.

''Through the media, the Internet, religious sects and so on, there is a large amount of information about vaccines and vaccination, which is often not objective and undermines the confidence of citizens in vaccination. In this regard, the department is developing a draft bill, which would ''prohibit the dissemination of information containing public calls to refuse vaccination,'' TASS quotes Yakovleva. The calls are understood as ''the appeal to others to encourage them to refuse vaccination'', she clarified. As Yakovleva noted, the number of the anti-vaccination followers is growing, thus it undermines confidence in vaccination. But instead of increasing trust, the ministry of health decided to establish censorship?

The legislative initiative, which Yakovleva stated, is not the first on the subject of vaccinations. Former Minister of Healthcare of Tatarstan, now State Duma Deputy Ayrat Farrakhov has advanced the proposal (the text of the bill is available to Realnoe Vremya) to oblige the authorities to report annually on vaccination to end the fake news that the anti-vaccination movement spreads.

''All conversations and rumours arise because there is no reliable official clear information that everyone would trust. Therefore, the bill has been brought in to oblige the government to provide an objective report on how vaccination is going in our country, how many complications there were, how it is planned to expand the national calendar of preventive vaccinations and so on,'' Farrakhov explained to Realnoe Vremya.

According to Farrakhov, the anti-vaccination lobby is very aggressive and the inaccurate information that it spreads is the reason that people refuse vaccinations.

''At the beginning of the year, the WHO published a report on the main threats to the population in the next 10 years, and the refusal of vaccination is recognized as one of the global threats. The vaccine is an inexpensive, but very effective tool of fight against many diseases, thanks to vaccination a number of diseases simply disappeared,'' Farrakhov told. Ayrat Farrakhov has advanced the proposal — to oblige the authorities to report annually on vaccination campaign in order to put an end to the fake news that the anti-vaccination movement spreads. Photo: kazved.ru

Without waiting for amendments to the law: Rusfond removed information about postvaccinal complications from the stories of children

In 2017, the ministry of healthcare of the Russian Federation wanted to punish parents whose children fell ill because of parents' refusal of vaccinations — not to pay for their sick leave, but later abandoned this idea. Recently, the largest Russian charitable fund Rusfond has declared that it has become a victim of anti-vaccination lobby. The organization's website contains the stories of wards, and many of them indicate that the disease came after the planned vaccination.

''Parents sometimes say that the cause of their child's disease was vaccinations. We understand the failure of such cause-and-effect relationships, but did not correct parents, believing that if it is easier for them to think that the blame for their troubles were vaccinations, then let them think so. At the end of each letter, we put a comment from an expert doctor, he decided to delicately keep silent about the cause of the disease, but confirmed that whatever the cause of the disease was, the child needed exactly the help for which we collect money. However, anti-vaccination activists began to use letters from our website to demonstrate the danger of vaccination. Then we decided to delete from the published letters the mentions of vaccinations,'' stated in the explanation of the fund.

Now the information about the relationship of the disease and the vaccine have been deleted from the histories of children. ''If there are medically proven cases of harm caused by vaccination in the letters, they will not be removed,'' Rusfond clarified.

Earlier, the ministry of healthcare of Tatarstan stated that today there are 7,470 refusals of parents to vaccinate children against poliomyelitis, 4,500 people refused to vaccinate against pertussis, 8,400 — against measles, 8,200 — against parotitis, 10,000 — against hepatitis B. 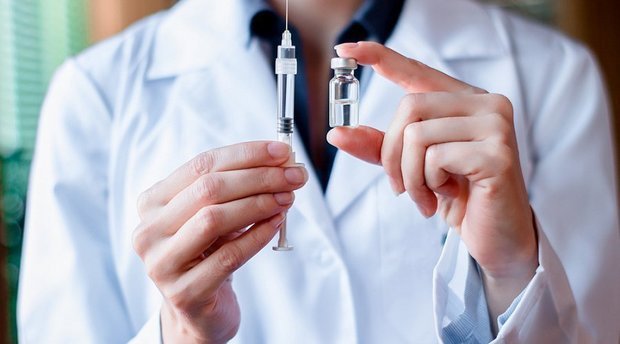 In 2017, the ministry of healthcare of the Russian Federation wanted to punish parents whose children fell ill because of the refusal of vaccinations — not to pay for their sick leave, but later abandoned this idea. Photo: mayaksbor.ru

Pertussis morbidity in Tatarstan in 2016 was 2,4 cases per 100,000 population, according to the results of 2018 Rospotrebnadzor of the Republic of Tatarstan announced an increase of 59%. As for measles, the incidence of which has increased in Russia, no cases have been detected in Tatarstan this year. Last year, for the first time since the 1990s, there had been four cases in Naberezhnye Chelny. There are no data on cases of other infections in open sources. Pavel Brand, the medical director of the network of clinics Semeynaya, considers the initiative of the ministry of healthcare to block the resources calling for the refusal of vaccination ''an ineffective measure'', but thinks that it will help to achieve a short-term effect.

''I am not a supporter of any prohibitions, but as a temporary measure, I think the initiative of the ministry of healthcare has the right to exist. A few fines — and others will be discouraged to spread rumours. Why the anti-vaccination movement is so effective —it is always easier to believe in irrational, than in rational, so we need to explain to people more. Vaccination is a matter of national security: a person should not live without vaccinations. Here is not the health of a particular person, and the health of those who are with him, and if now outbreaks of measles begin, like in the '90s, it will be sad.

Medical journalist and military doctor Alexey Vodovozov says that the anti-vaccination movement is a business on which doctors and public figures make money.

''Doctors are better listened to, especially those who used to be a terrible pro-vaccinator, he was bought by Big Pharma (the general conventional name that is used by opponents of pharmacology – editor's note), and now he ''saw the light'' and decided to bring the light of knowledge in society. These whistleblowers are loved, and their books are published in millions of copies. In addition to them, it is added with different tours, performances that are also paid,'' he said. ''Such people hold paid workshops, and tickets for famous anti-vaccination followers are 10 times more expensive than the tickets at a lecture of enlighteners,'' Vodovozov says.

''When people refuse vaccinations, it means that they do not have trust. Trust in the state, which makes decisions on vaccination, buys vaccines and should make sure that they are of high quality. Trust in the health care system — the decision on whether to vaccinate or not, everyone should take with their doctor, because there are vaccination exemptions. It is necessary to consult with a specialist who knows the state of your health and whom you trust. But the vast majority of Russians don't have a doctor to whom one would seek advice,'' said Alla Astakhova, an independent medical journalist, the author of the website Алла Астахова.Ru.

''If I were official I would first think of how to make the purchase of vaccines more transparent, the check of their quality more understandable, and the health care system more comfortable for people,'' continues the expert. 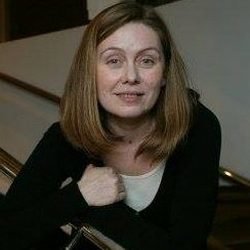 ''Blocking websites is the easiest measure for officials. But it will lead to nothing — anti-vaccination moods are often found in parent groups in social networks and messengers. One can't throw a handkerchief on every mouth. It is impossible to change people's opinion by blocking websites. Rather, on the contrary,'' says Astakhova.

Realnoe Vremya could not find out the opinion of opponents of vaccines on the initiative of the ministry of healthcare at the time of publication. In social networks, there are dozens of groups that promote vaccination refusal, but administrators are hidden, so it was not possible to interview them.