Cirque du Soleil to melt the ice in Kazan

Ticket sales have started to the new show of Cirque du Soleil, which is called Crystal. The European premiere of the project takes place on November 18 in Moscow, Kazan will become the third city in Russia after St. Petersburg where the show will be held. Kazan will have the opportunity to watch the performances from 19 to 22 December. About the new project of Cirque du Soleil and its authors — read in the material of Realnoe Vremya.

All the features of the ice

The new show seems to use all of the features of the ice, on which they perform acrobatic feats of immense complexity. The audience will see synchronous and extreme figure skating, freestyle, and next to them traditional circus disciplines — air belts, trapeze, acrobatics. Such synthesis is, in fact, a new genre in the history of ice shows.

As always, Cirque du Soleil presents us not just a set of complex performances, but a story with a plot. This time Cirque du Soleil will tell us about a young heroine named Crystal, who once decided to change her life and went on a risky and interesting journey, getting into different situations. Crystal has a big dream in life, and following it is not an escape to the illusory world, but the ability to act to achieve it.

At some point, Crystal realized that she is in a bind, she does not hear herself and the world around her. One day the girl goes to a frozen pond and… falls under the ice. The world seems to turn over and there, in this new dimension, she meets her alter ego — the ''other'' Crystal. There begins the soul searching, where the ''other'' Crystal helps her. The heroine as if awakens from a dream, the thirst for creativity wakes up in her.

One should be able to look at the usual things from a different angle, to get rid of stereotypes, sometimes in order to go in the right direction, it is useful to get lost — that's what the creators of the ice show want to tell the audience.

Performers of the roles in the story of Crystal – an international troupe of representatives of 11 countries. Among them, there are figure skaters, extreme skaters, acrobats, freestyle skaters and, of course, musicians, because the original music in each show is one of the features of Cirque du Soleil.

The show from champions

The team of creators of the ice show is interesting and significant. For example, Director Shana Carroll was the choreographer of Cirque du Soleil's performance at the Oscar ceremony in 2012. Another director — Sebastian Soldevilla, he was the director of the first part of the opening ceremony of the Olympic Games in Sochi. The performances with the participation of skaters was directed by four-time world champion in men's figure skating Kurt Browning. The choreographer is five-time US champion in ice dancing, silver medalist of 2006 Olympics Benjamin Agosto.

The new show of the Canadian circus, the action in which was first transferred to the ice, is the 42nd production of Cirque du Soleil. Kazan first got acquainted with Cirque du Soleil in the late summer of 2010, when an unusual town with towers grew under the Kazan Kremlin. On their spires there waving colourful flags of different countries: according to the tradition of the circus, if a representative of any country is involved in the presentation, his or her flag is flown.

The first show that Kazan saw was Korteo directed by cult director Daniele Finzi Pasca, it was shown in Kazan during a month. Since then, with small breaks, the Canadian circus almost every year brings to Kazan some show. 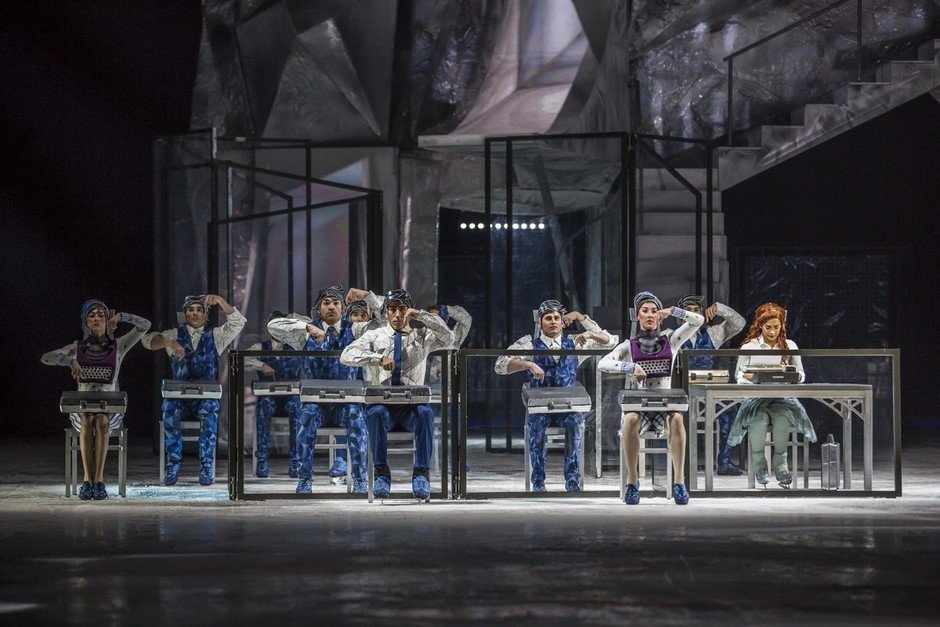 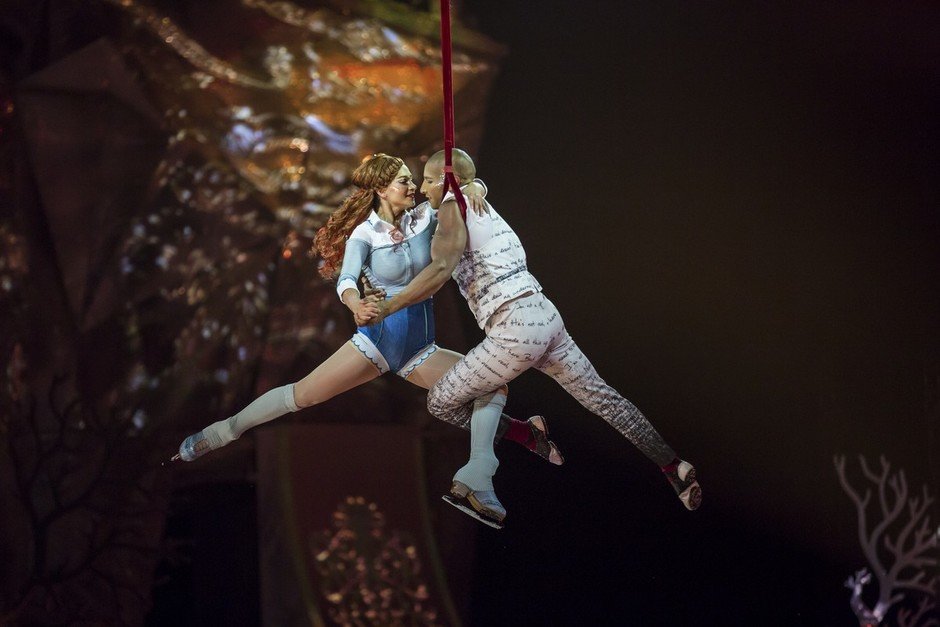 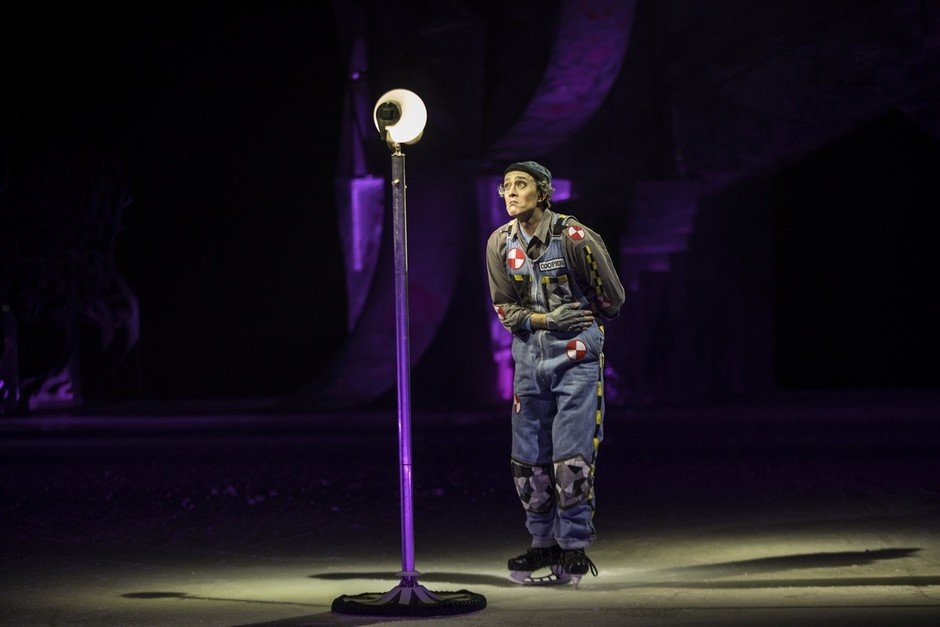 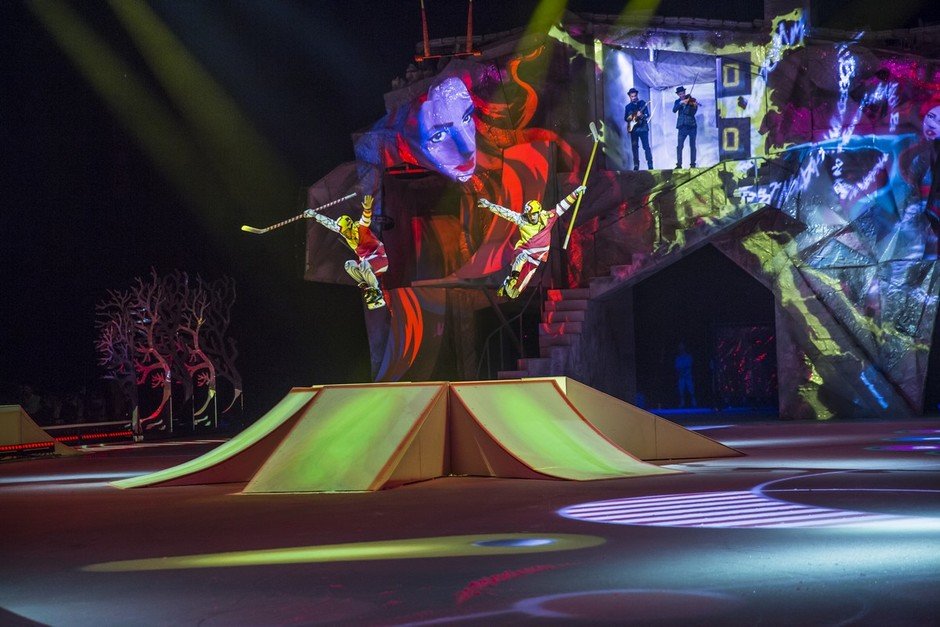