Nowruz 2019: headliner from Bucharest, ''fair'' of plays and new budget

Nowruz festival, which certainly settled in Kazan, is offering several novelties this year. A rise in its budget because of the Year of the Theatre and a reduction in the number of critics from the capital are among them. Realnoe Vremya tells the details.

About Nowruz on Nowruz

A festival that was created as ''migrating'' to allied republics stopped its existence with the dissolution of the USSR but was then reanimated by Tatarstan's theatre community and put down roots in Kazan where the Kamal Theatre became its base. This year Nowruz will be held from 1 to 8 June.

The good news: as it's the Year of the Theatre, Nowruz's budget was raised to 10,5 million rubles. And here we can presuppose we couldn't do without Minister of Culture Irada Ayupova's help who purposefully supports creative projects.

''Nowruz is designed to not only allow colleagues to somehow compete, talk but, first of all, turn to our roots, the general system of values, which will be topical for the theatre community of Turkic peoples,'' Irada Ayupova set goals of Nowruz at a press conference in the Ministry of Culture of Tatarstan on 21 March. 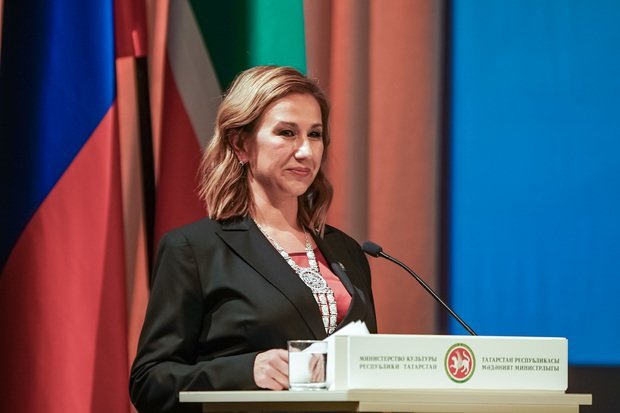 According to her, Howruz has a high profile in the theatre world, and there is a real fight now, there is competition to participate in the festival's programme. Photo: Dmitry Reznov

According to her, Howruz has a high profile in the theatre world, and there is a real fight now, there is competition to participate in the festival's programme. The festival's organising committee is receiving requests to provide an opportunity to bring several plays or even collectives to Kazan. Unfortunately, it's impossible to receive everyone.

Nowruz has been dedicated to a republic for some time now. This year, the festival, which is the 14 th and held once in two years, is dedicated to the theatre of Bashkortostan. Six theatres will come from the neighbouring region to Kazan, including the M. Gafuri Academy Theatre and Nur theatre.

By the way, the M. Gafuri theatre will demonstrate a staging of Guzel Yakhina's Zuleikha at Nowruz, which will be presented in Kazan this April during the theatre's tour. But tickets to two plays of the tour were sold out like hot cakes, so those who won't be able to see them in April will have an opportunity to go to the play of the Ufa artists on 2 June. The most important thing is not to miss the sale of tickets at Nowruz.

This year's Nowruz is a bit different from the previous festivals. First of all, it has a smaller number of theatre critics from the capital than usual. As head director of the Kamal Theatre Farid Bikchantayev explained, the problem is that specialists in national theatres are a rare thing. Here one must have not only professionally know theatre studies but also understand a national theatre's mentality, know a people's culture and history.

The second novelty is that there will be a showcase at Nowruz, a kind of fair of plays that producers from France, Germany, Norway, Hungary, Iran, Turkey and Georgia will see. This is important for promoting Turkic countries' theatres to the international arena. 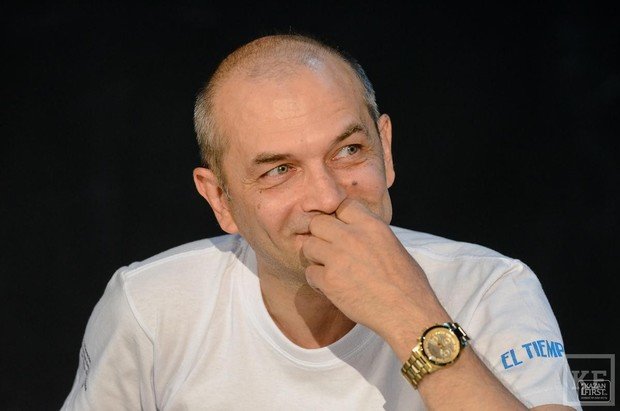 As head director of the Kamal Theatre Farid Bikchantayev explained, the problem is that specialists in national theatres are a rare thing. Photo: kazanfirst.ru

Finally, the third novelty is that there will be an international festival of student plays titled Nowruz School after Nowruz ends. It will be held within a project of the Tatarstan Union of Theatre Workers and is aimed to support theatre education. We can presuppose that the idea to hold a festival among students belongs to Farid Bikchantayev, the chairman of the Tatarstan Union of Theatre Workers, who constantly concerned for the possibility of a younger generation of getting a high-quality education.

A very interesting headliner of the festival is one of the traditions of Nowruz. This year, it's been a theatre from Bucharest with the play Molieri, it's based on Molière's compositions and Mikhail Bulgakov's play about the great French comedian. Russian director Roman Feodori staged the play with the Romanian company. Kazan theatre-goers know his excellent work The Only Bank about the island-city of Sviyazhsk based on Yury Klavdiyev's texts staged in Ugol artistic laboratory.

The Kamal theatre will show Aydar Zabbarov's play Is This Life? at Nowruz. Apart from them, companies from Almetyevsk, Menzelinsk, Atna among Tatarstan theatres will come to the festival, the K. Tinchurin Drama and Comedy Theatre, Kariyev Youер Theatre, puppet theatres from Kazan and Naberezhnye Chelny will also take part.

About 500 participants will gather at Nowruz this year. Among those already mentioned, it's theatres from Kazakhstan, Uzbekistan, Azerbaijan, Turkmenistan, Chuvashia, Altai, Turkey, Kyrgyzstan, Yakutia.

The plays will be on two stages of the Kamal Theatre, the K. Tinchurin Drama and Comedy Theatre, Ekiyat theatre, Kariyev Youth Theatre and in the amphitheatre on the Kaban Lake, which has already become a tradition, too.