The document has been updated under the reforms and Putin's address, adding requirements for the availability of medicine, more housing and support of birth rate

The possible completion of the ''life cycle'' of Kazan Production and Construction Association, the obligations of the republic to provide infrastructure for land plots allocated to large families, and the prospect of overstocking the housing market in the conditions when the poor cannot afford the purchase of square metres were discissed on 14 March by Chairman of the State Council for Economy, Investment and Entrepreneurship Marat Galeev and Deputy Minister of Economy Oleg Pelevin at a press conference on the updating of the Strategy of Socio-Economic Development of the Republic of Tatarstan until 2030. About the adjustments that are planned to be made to the Strategy next Monday — read in the material of Realnoe Vremya.

Strategy without practice is dead

Tatarstan legislators want to amend the Strategy 2030 adopted in 2015 based on today's realities, the changed political-economic context and the entire economy of Russia in the conditions of increasing instability of the entire global economy, as well as the provisions of the May decrees and Messages of the President of the Russian Federation to the Federal Assembly. The law on amendments to the law ''on approval of the Strategy of socio-economic development of the Republic of Tatarstan until 2030'' was considered at the session of the State Council of the Republic of Tatarstan on March 18.

The conversation about the changes Marat Galeev prefaced with a warning that the Strategy should not be expected to be specific in terms of timing and methods of implementation of its provisions:

However, the practice immediately showed that journalists were not ready to talk about the strategy in its pure form — they simply do not see the sense of abstract discussion of the goals and targets outlined in the document. This ''vector'' defined the nature of the dialogue. 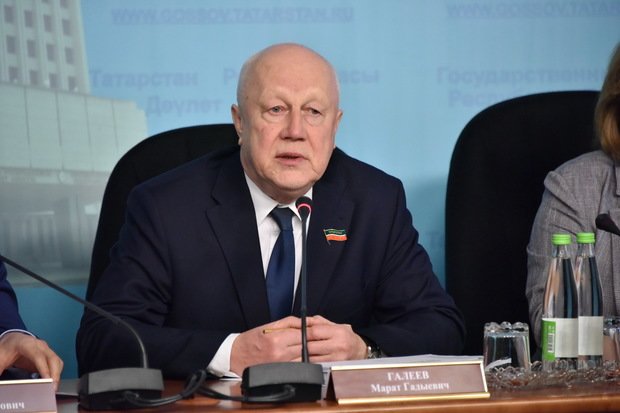 The conversation about the changes Marat Galeev prefaced with a warning that the Strategy should not be expected to be specific in terms of timing and methods of implementation of its provisions. Photo: gossov.tatarstan.ru

At the initiative of the workers

''We have been preparing the bill for the year, the discussion involved a broad spectrum of the population,'' said Oleg Pelevin. ''The website of strategic initiatives was opened especially for the population i.tatarstan2030.ru, here every citizen of the republic could express his personal initiative. More than 3,500 such initiatives were made, and most of them were reflected in the bill.''

The deputy minister of economy of the Republic of Tatarstan noted that with the constant objectives of the Strategy, the draft law introduces ''clarifications'' in most sections, and then summed up the interim results of the implementation of the fundamental document. The goal is to increase the gross regional product to 5 trillion rubles. The main drivers of economic development of the republic, he said, will remain petrochemical complex, forming a third of the Tatarstan economy, engineering (20%), energy (10%) and agriculture (7,5%). 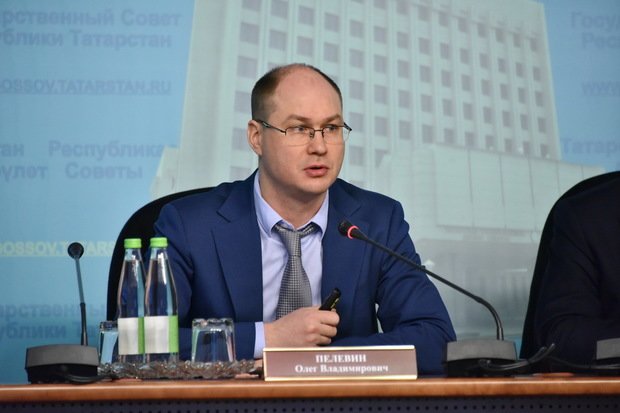 The deputy minister of economy of the Republic of Tatarstan noted that with the constant goals of the Strategy, the bill introduces ''clarifications'' in most sections. Photo: gossov.tatarstan.ru

In the list of measures of social support for large families, legislators finally decided to include the provision of land plots allocated to them with the necessary engineering infrastructure, without which the land for the ''supported'' becomes not a help, but a burden.

Oleg Pelevin cited demographic indicators, which will now be the focus of the Strategy-2030: increasing by 2030 the expected healthy life expectancy to 67 years and life expectancy from the current 74,2 to 80 years, and then he moved to the changes made in this part.

According to the deputy minister of economy, the Strategy 2030, ''taking into account the pension reform'', will be added new provisions for the implementation of programmes of system support and improving the quality of life of older citizens. Taking into account the research carried out by the universities of the republic, it is planned to include in the document also new directions of action, in particular, to reduce differences in the quality of life in cities and rural areas on the basis of synchronization of income and access to services of social organizations and to establish a rational standard of social, economic and transport infrastructure. 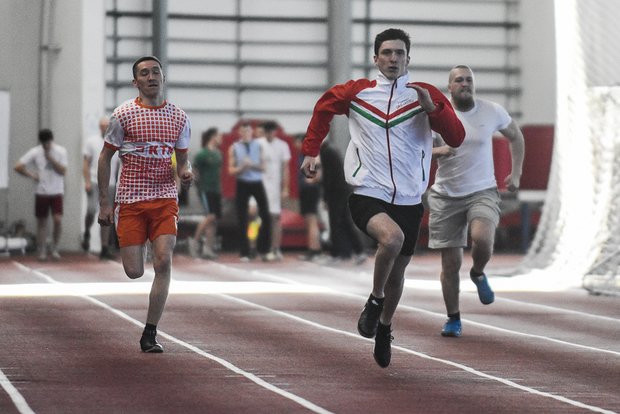 The Strategy includes an additional objective to create conditions for physical education and sports for all categories and groups of the population. Photo: Oleg Tikhonov


''Over the period of implementation of the Strategy more than 9,5 million square metres of housing was introduced, including more than 28,5 thousand families moved in new apartments under social mortgage programme,'' said Pelevin, making it clear that they decided to adhere to this ''vector'' in the future. ''The Strategy includes new activities to increase the volume of housing construction, improve the comfort of the urban environment and increase the proportion of citizens taking part in addressing the development of the urban environment. The Strategy will have a new section on the environment, it is done at the request of citizens. Almost all areas related to the development of the urban environment and improving the quality of life have been added.''

And later, answering journalists' questions, Marat Galeev noted that in 2019 it is planned to hand over housing a little more than in 2018. The result of last year – 2,42 million square metres — he considers satisfactory given the ''demand limit''. Illustrating the situation in the Tatarstan construction market, the cahirperson of the committee on economy, investment and entrepreneurship drew an analogy with China, ''where 70 million square metrers of housing remain unsold.''

As for the comfort, or rather discomfort endured by the townspeople in a newly built houses, in response to the question of Realnoe Vremya concerning submitting to the Strategy provisions, excluding a situation when in the race for a square meter the developers instead to build scarce kindergartens and schools can infinitely condense residential areas, Galeev said that the Strategy doesn't go into such details. And that if the parliament or Cabinet of Ministers begin, contrary to the law, to try to dictate to municipalities what and where specifically to build, executive committees can even file a lawsuit. 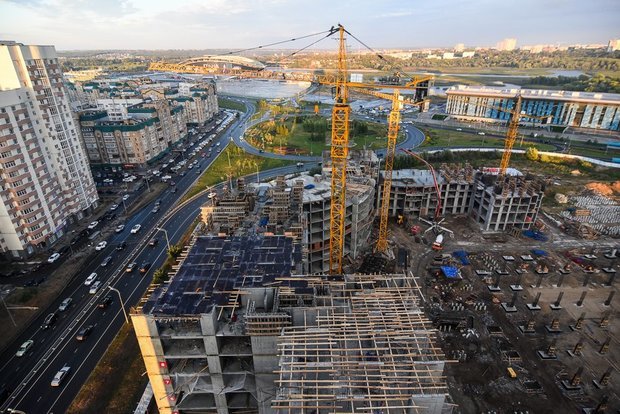 ''Over the period of implementation of the Strategy, more than 9,5 million square meters of housing was introduced, including more than 28,5 thousand families stopped in new apartments under social mortgage programme,'' said Pelevin


A road for the doctor

Since the beginning of the Strategy implementation, more than 900 kilometres of roads have been built and reconstructed, 159 settlements with a population of about 23,000 people have been connected by roads, five sections of the M-7 highway have been commissioned, the construction of the second launch complex of the bridge across the Kama river near the Sorochyi mountains, the construction of two overpasses across the railway in Zelenodolsk and Zainsk has been completed, the design of the HSR for the Nizhny Novgorod-Kazan section has been completed, and the first stage of the reconstruction of the Begishevo airport has been implemented.

''The list of infrastructure projects has been clarified,'' said Oleg Pelevin. ''The Strategy includes such projects as the construction of the Moscow-Nizhny Novgorod-Kazan high-speed road, which is part of the international route Europe-Western China with the crossing of the Volga, and the construction of a bridge across the river IK to connect the road network of Tatarstan and Bashkortostan.''

Later, answering questions of the correspondent of Realneo Vremya about ways of attraction of medical personnel to areas of the Republic for increase of availability of medical care, the Chairman of Committee of the State Council of Tatarstan on Economy, Investments and Entrepreneurship Marat Galeev approached the issue of roads from the unexpected side. He noted that the new roads can make work on the periphery attractive for physicians (now, ''having worked'' for the apartment or received a million for moving to the area, they run to Kazan). 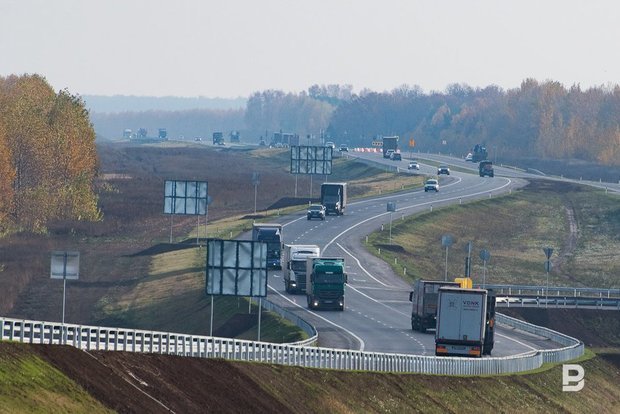 Since the beginning of the Strategy implementation, more than 900 kilometres of roads have been built and reconstructed. Photo: Maksim Platonov


According to Galeev, transport accessibility in relation to the capital and the benefits of civilization always plays an important role in choosing a place of life and work. And something else, according to the interlocutor of Realnoe Vremya, has been done to improve the situation with providing the districts health personnel — the roads that connect the interior with the regional centres are actively built. However, because of the savings we have to make them from materials of reduced strength.

According to Pelevin, the implementation of investment projects by the largest enterprises of the republic — TANECO, TAIF-NK, KAMAZ, Haier, Gorbunov aviation plant — will remain the determining factor in the development of the economy.

Oleg Pelevin noted that the Strategy 2030 did not take into account such a tool as the creation of territories of advanced socio-economic development, and now it is included in it that ''within 10 years of operation of the PSEDA will create more than 17,000 new jobs and attract about 67 billion rubles of investment in the economy of the republic.'' 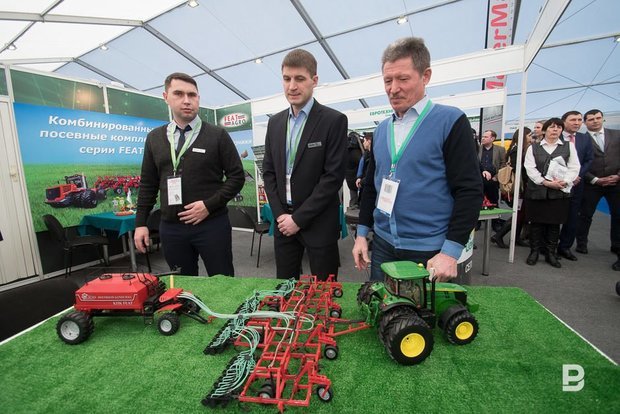 Certain points are included in the Strategy to create conditions for the implementation of the activities of the self-employed, the system of support for farmers and agricultural cooperation and the development of youth entrepreneurship in rural areas. Photo: Maksim Platonov

Certain points are included in the Strategy to create conditions for the implementation of the activities of the self-employed, the system of support for farmers and agricultural cooperation and the development of youth entrepreneurship in rural areas.

For attraction of domestic investment in the economy, said Marat Galeev, the Strategy has yet to include ''additional incentives'', for example, to reduce the tax burden for the real sector of the economy implementing investment projects. The current draft law does not provide for such items.

''Scam'' has not disappeared

Answering journalists' questions about the construction complex, Marat Galeev faced a difficult task — to speak about the exclusion of Kazan Production and Construction Association from the section ''Main participants of the construction cluster'' in the new version of the Strategy 2030, without belittling the merits of the well-known company and its head.

''I can just say that the Strategy does not prescribe the companies,'' the chairman of the state Council Committee on Economy, Investment and Entrepreneurship found a way out. ''Companies can appear, they can die, it's an ordinary life. In the global economy, there are companies that thundered once and ceased to exist. Each has its own cycle of life… sometimes hopeless companies reappeared, received a second wind — General Motors survived the bankruptcy, but did not die. It's a different structure, but it lives. Kazan Production and Construction Association is a special case. If we say so, it's not just management mistakes. Our country still has a transitional economy, the word 'scam' has not disappeared from understanding. They did not receive payment for the work carried out in preparation for the World Cup in a number of cities. Of course, this affects the efficiency of working capital immediately. Perhaps, they had a wide scope, so that working capital was not enough.''