The share of civilian products at defence enterprises in the regions of the Volga Federal District has increased to 24,1% in 2018. This is higher result than planned, but not a reason to rest on our laurels, said Presidential Envoy to the Volga Federal District Igor Komarov at a joint field meeting with the secretary of the Security Council of Russia in Izhevsk. Nikolay Patrushev also said that the defence enterprises in the district are not actively using the opportunities to diversify their production, they do not have enough full-fledged cooperation with federal agencies. Representatives of the industry, in turn, tell about the difficulties in entering the markets with their civilian products. Read more in the material of Realnoe Vremya.

Diversification for the sake of development of defence industry

On March 12, Izhevsk hosted a joint field meeting of Secretary of the Security Council of the Russian Federation Nikolay Patrushev and Plenipotentiary Representative of the President of the Russian Federation in the Volga Federal District Igor Komarov with the participation of heads of all regions of the district, as well as representatives of federal agencies. One of the topics of discussion was the issue of further production diversification of enterprises of the military-industrial complex. At the same time, the choice of the venue for the meeting, held immediately after the meeting of the Council under the plenipotentiary representative for the support of talents, is quite logical. In the Udmurt Republic there operate several companies of the sector, including Kalashnikov Concern, Votkinsk Machine Building Plant, Izhevsk Electromechanical Plant Kupol, and several others.

Nikolay Patrushev began his visit to Udmurtia with a visit to Kalashnikov Concern. Accompanied by Komarov and Head of the Udmurt Republic Alexander Brechalov, he visited the production sites of the enterprise and got acquainted with the strategy of its development.

The topic of conversion and diversification of production of defence enterprises was discussed in detail in September 2018 at the forum of armourers in Izhevsk. This time, reports and discussions between industry representatives and governors remained behind closed doors to the press. However, before this Patrushev stressed that the reduction of the state defence order for Russian enterprises would definitely happen, so that their stable work would largely depend on how successfully the process of developing the production of civil or dual-use products would be for them. He noted that the country is already implementing measures to develop the defence industry as an engine of modernization of industrial production, updating the production base on a new technological basis. Patrushev stressed that the reduction of the state defence order for Russian enterprises will definitely happen, so their stable work will largely depend on how successful the process of developing the production of civil or dual-use products will be for them

''Thanks to these measures, the defence industry currently has a high scientific, technical and production potential,'' said the secretary of the Security Council. ''In the conditions of the forthcoming reduction of the state defence order, it is necessary that this potential be preserved, and the defence industry enterprises themselves look confidently into the future, work without downtime, maintaining financial stability and the labour collective. The corresponding tasks were determined by the president of the Russian Federation basing on the results of the meeting held in 2018 on the diversification of civilian products in the defence industry.''

''This is no reason to rest on our laurels''

According to him, 227 organizations and enterprises of the defence industry are currently operating on the territory of the Volga Federal District. Previously, it was determined that the share of civilian products by 2025 should be increased to 30%, and by 2030 — to 50%.

''According to the ministry of industry and trade, at the end of 2018 this figure in the whole district for the enterprises of the military-industrial complex under the jurisdiction of the ministry amounted to 24,1%, which already exceeds its planned figures for 2020, 17%,'' said Igor Komarov later. ''But you all know very well that this is no reason to rest on our laurels.''

According to Minister of Industry and Trade of Udmurtia Viktor Lashkarev, according to the results of 2018 the share of civilian products in the defence enterprises of the republic exceeded 18%. 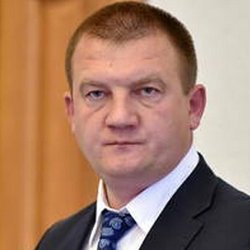 ''Thus, we are going with some advance in the region in general, but there are enterprises where the share of civilian products is 4%, and they need to do a lot of work to increase it to 17%. There are enterprises where this share is more than 60%. In general, last year the volume of civilian production increased by 4%, and our task is to keep this level and approach the growth of 10%. We are also working well with the Industrial Development Fund, looking for partners, representatives of large corporations are coming to us, in particular, we are expecting a visit from Lukoil Engineering. No matter how difficult for the enterprises it is to master the production of civil production, it is an objective reality,'' Lashkarev stated.

At the same time, as Patrushev noted, the state has created mechanisms to support defence enterprises to increase the production of civilian products, including loans, subsidies and benefits. He stressed that as for the Industry Development Fund, the total amount of financing of investment projects of the defence industry enterprises in the Volga Federal District exceeded 6 billion rubles. However, according to him, they do not use these measures of support so actively. In the district, only 14 defence enterprises received loans from the Fund. Currently, 33 investment projects from 10 regions of the district are under consideration by the Fund.

At the same time, according to the secretary of the Security Council, the interaction of industry enterprises in the Volga Federal District with the Russian export centre is not closely built to find entrance to foreign markets, as well as with federal agencies. In the district, only 14 defence enterprises received loans from the Fund. Currently, 33 investment projects from 10 regions of the district are under consideration by the Fund. Photo: Eduard Karipov / udmurt.ru

''The decisions taken should contribute to the resolution of problematic issues faced by defence companies in the development of high-tech manufacturing products for civilian use, primarily it includes the shortage of available working capital, high deterioration of equipment, lack of skilled workers, lack of necessary competence of management and other factors,'' said Komarov.

At the same time, Patrushev and Komarov stressed that the defence industry enterprises can actively participate in the implementation of national projects, supplying high-tech civilian products. In general, the potential demand for civilian products of defence enterprises in Russia is estimated at 6 trillion rubles, and therefore they should work for the country's economy, Patrushev said.

Existing support mechanisms are still not enough, says Director General of the Izhevsk motor plant Aksion-Holding Gennady Kudryavtsev. The company produces equipment for the defence and space industries, as well as medical equipment and household appliances. According to Kudryavtsev, it is extremely difficult for defence enterprises to enter the existing markets with new civilian products. 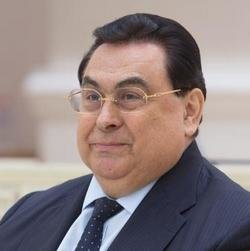 ''It is not so easy for enterprises, which have a sharply falling state order, to master the production of civilian products, if it is already present in the market, which have developed for years. It is not easy to replace the companies that have long occupied certain niches. It needs a good state programme to create the conditions. It is necessary to determine the list of equipment to stop it from being imported from abroad. The company needs to invest a lot of money to start producing a completely new product. It is difficult to compete, and if the products do not find their consumers, the company, spending money, can simply go bankrupt. Here we need support measures to ensure that such enterprises are sustainable. These problems have already been highlighted and discussed, and therefore, their problem is going to be addressed,'' said Kudryavtsev.

He noted that, for example, Chinese companies receive great support from their state to capture Russian markets. At the same time, Russia needs to develop opportunities to actively help domestic enterprises, in particular defence ones, to promote their products. On the other hand, according to Kudryavtsev, and the managers themselves sometimes do not have enough experience and knowledge to develop new directions for the enterprise.