''No matter a website sells spice or pictures of cats, blocking is an intervention''

Peculiarities of national Internet censorship: both Google and 'moms with cakes' are among the 'prisoners' of Roskomnadzor

A new turn in the control of the Internet space has been recorded by representatives of Agora international human rights organization Damir Gaynutdinov and Pavel Chikov. They pointed to a six-fold increase over the year in Internet censorship. At the same time, they have noticed a new trend — realizing that the punishment of individual users is ineffective, the authorities have begun to force global IT platforms to cooperate, which will soon face a dilemma — to suffer losses or to sacrifice reputation. Tatarstan is among the subjects of Russia where users are being under the most serious pressure. However, experts point to inappropriate calculations — human rights activists attributed even 'mothers with cakes' to the victims of Internet censorship.

Agora has calculated nearly 663,000 cases of limitation of Internet freedom

''Absolute figures are eloquent, but tendencies are more important. Since 2011, there is a clear trend towards strengthening control over the Internet space. At first, the authorities tried to control the providers with the Internet blocking, but it quickly became clear that blocking does not work, users learn to bypass them. VPN, proxies are becoming cheaper and even free. The authorities have recognized this and are trying to intimidate those who spread this information. We see this by a growth of criminal cases against users for Internet activity,'' says Damir Gaynutdinov, a co-author of the study and lawyer of Agora.

The next step, according to Gaynutdinov, was real sentences in relation to users, but when it also did not help — attacks on global IT corporations. 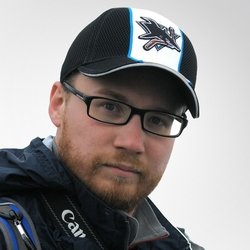 Everyone has become more careful, learned to be encrypted, switched from Vkontakte to Facebook and Telegram. In 2018, we observed a clear turn in the direction of forcing cooperation of global platforms and services. Google's fine of 500,000 rubles is the first sign, a warning. It is clear that 500,000 for Google is not big money, but when they will be imposed a fine of 500 million rubles, they will probably have a dilemma — to pay or to sacrifice their reputation. Since Google positions itself as a supporter of free Internet, then surrendering its users to the Russian authorities will be a serious blow,'' says Gaynutdinov.

''No matter a website sells spice or pictures of cats, blocking is an intervention''

Researchers divided all regions of Russia into zones. Tatarstan was classified as red — this suggests that the Internet users here are under the most serious pressure. In 2018, the experts of Agora revealed 57 facts. However, on closer analysis it turns out that it's not as bad as the right defenders present in the reports.

For example, 38 resources have been blocked at the request of the Prosecutor's office, electric fishing rods and other fishing devices prohibited in Russia were sold through them. One site was closed because it sold… leopards. In 2015, the Prosecutor's office banned150 sites for the sale of spices, and this Agora also regarded as a ban on information.

''We initially made the decision not to give an assessment of legitimacy of intervention. It does not matter whether the site sells spice or pictures of cats, blocking is an intervention. If the blocking activity was transparent, attracted the owners of the resources, the decisions about blocking were taken in courts, it would be possible to argue. But, in this case, these actions are redundant. They blocked these 50 sites selling spice, in a week these sites appeared again,'' Gaynutdinov considers.

''Prisoners'' of Roskomnadzor: from ''mothers with cakes'' to opponents of the incinerator plant

Human rights activists attributed the case of ''mothers with cakes'' from Instagram, on whom the owner of Bakhetle retailing chain Muslima Latypova complained, to prosecuted Internet users. To restricted access — the case of a temporary blocking of the group Zoozabota — the administration of Vkontakte considered money collections on charity needs of the animal welfare activists suspicious. Human rights activists attributed the case of ''mothers with cakes'' from Instagram, on whom the owner of Bakhetle retailing chain Muslima Latypova complained, to prosecuted Internet users. Photo: diets.ru

There was also a case in Yelabuga — the transport prosecutor's office tried to close a resource through which they were selling hot air balloon rides. The supervisory authority considered this service as commercial transportation and demanded a license. To the restriction of Internet freedom, defenders also equated a criminal case against Olga Ziyatdinova for offensive remarks on social media, activist of Artpodgotovka Oleg Detkin and activist of TOTS Rafis Kashapov.

Also, the list included the facts of fines to supporters of Navalny for calls to participate in rallies, opponents of the construction of the waste incineration plant, protocols on the participants of Azatlyk and the attack on a Kazan resident, which filmed on the phone how asphalt was being laid in puddles, the warning of Asgat Safarov to find the authors of Telegram channels ''inciting a climate of intolerance''.

''Tatarstan shows a fairly high level of pressure – there are administrative penalties, as well as real terms, cases for posts in social networks. The authorities want to achieve a 'numbing agent effect', intimidate to make people stop express their opinion on the Internet,'' Gaynutdinov believes.

The lawyer notes that this situation is not only in Russia.

''The most famous study of this kind is conducted by Freedom House, annually they publish a review of 65 countries and also show that the situation with freedom on the Internet is deteriorating around the world from year to year. Somewhere faster, somewhere slower, but the pressure is experienced by all states, except, perhaps, Canada, the Scandinavian countries and Baltic States. The countries of Western Europe, the United States — too, but not as much as in Russia. The global trend is that the government seeks to control the Internet,'' says Damir Gaynutdinov.

The head of Roskomsvoboda project Artem Kozlyuk generally agrees with the conclusions of Agora. He also notes an increase in website blockings, increased control over the Internet space, the trend to force cooperation with Roskomnadzor of global IT corporations. ''There is a noticeable decrease in the number of criminal cases in relation to users. This trend appeared last autumn, that is, somewhat earlier than the president introduced a bill on partial decriminalization. Part of the criminal cases is terminated at the stage of investigation or reclassified to other articles. And this is one of the problems of liberalization, it is supposed to mitigate only one article — the article No. 282, although users can be involved in more than seven articles of the Criminal code for posts on the Internet. In general, it is difficult for such a short period of time to trace — whether a decrease in sentences for publications is associated with decriminalization of the article No. 282 or it's just a temporary phenomenon,'' says Kozlyuk.

The expert doesn't quite agree with the counting methods of Agora.

''One could argue the figures in some aspects. The number of cyberattacks was not quite transparently determined. The study indicated a few dozen, but experts state about more of them. The blockings can also be considered differently — to consider the decisions or the resources that were included along the way, just because there were on the same IP address, as in the case of blocking Telegram? To summarize everything in one table — a non-obvious solution,'' said Artyom Kozlyuk.