The very promising system was put into operation on 28 January. Only the level of technical performance is under question

The Central Bank launched an express payment system (EPS) on Monday. It will allow clients of different banks to instantaneously transfer money to each other with a phone number at any time of the day. Experts and the Central Bank itself, which is performing functions of the operator and accounting centre of the system, think it will provide banks with equal conditions and cheapen transfers for their clients from any point of Russia.

Head of the regulator Elvira Nabiullina claimed at parliamentary hearings in the State Duma on 21 January that all systematically important banks were to compulsorily connect with the EPS till the end of the year. 12 banks are operating in it in test mode at the moment: Gazprombank, VTB, Alfa-Bank, Rosbank, Raffaisenbank, Promsvyazbank, QIWI, Ak Bars Bank, SKB-Bank, Tinkoff, Sovkombank and Payment Centre Accounting Non-Banking Financial Institution, the mass media say.

The banks will tune their internal systems during the month and start to offer their transfer services to their clients in the EPS from 28 February. Firstly, users will be able to transfer money between their accounts and to clients of other banks. In the second half of 2019, it will become possible to pay for goods and services of juridical persons with QR codes, the Central Bank's message said.

Previously, the Bank of Russia set tariffs for banks that will be applied from next 1 January (at the moment the EPS will have zero tariffs). Depending on the sum of a transfer, the Central Bank's fee will total from 50 kopeks to three rubles. It will be charged from both the remitting bank and the receiving bank. This is why the tariff should be doubled. For instance, for transfers up to 1,000 rubles, the tariff is 50 kopeks (1 ruble for both banks), to 3,000 rubles – 1 ruble (2 rubles in total). The biggest sum of one transaction is 600,000 rubles. The fee for the banks for such a transaction will total 6 rubles. It's up to the banks to set the end tariffs for clients.

Tatarstan banks and banks operating in the republic are already involved in the process of connection, some are already testing the system. 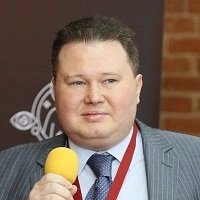 Zenit will offer the new service to clients in the spring, as soon as its test use ends,'' says Director in Retail Business Development of the bank Mikhail Voronko, ''the Russian consumer traditionally understands money transfers, any additional test won't be needed.'' The bank has already allocated money on works to introduce and adapt the system. Voronko is sure the investments will pay back.

Zenit hopes that the EPS transfer tariffs are more profitable for clients than the current P2P transfers with the same speed. ''When announcing the EPS project, it was claimed the operator of the system didn't plan to charge a fee from member banks during the first year. This will enable banks to get the payback of the investments faster.'' The interlocutor says banks' operational costs will remain anyway, which won't allow EPS transfers to be free in the future. Rosbank launched the system among the narrow circle of clients on Monday already. ''We chose loyal clients interested in the active use of the platform's possibilities. We plan to launch it for all the clients after testing the system from 28 February,'' Director of the representative office of Rosbank in the Republic of Tatarstan Ruslan Yulbarisov specified.

Ak Bars Bank put the system into operation in test mode on 28 January. The first clients were connected to the ESP, the service will be available for all clients on 28 February. Head of the Acquiring and E-Commerce Area of the bank Ilnaz Sitdikov says: ''The bank has already invested in the technology, the team of developers, creates a software suite and IT solutions to launch the EPS and is ready to offer the service to all clients.'' This technology will help to cheapen transaction processes many times. And the fee won't be charged at least in the first quarter, the interlocutor adds.

Representatives of Tatarstan banks tell about cheaper and faster processes after switching to the EPS. In addition, according to Sitdikov, users won't need to care about the bank of the recipient of the money because he will be bound to the personal account, not a specific bank. VTB began to test the service in December and will offer the service to all the clients from 28 February, says Vice President and Chairwoman of the bank's board Olga Dergunova. The bank also said they aren't ready to reveal accurate details of tariffs now.

Otkritie bank plans to connect clients in the second quarter of the year. The bank hasn't set tariffs yet, and they will appear by the launch.

Vice Director of the Acquiring Department of Otkritie bank Aleksandr Dynin says it's important that financial institutions accounting for a big share of market transfers connect the system. Otherwise, the goal of the launch won't be achieved, while clients won't be able to use the service to the full. ''Any bank will connect to the system if it sees this makes sense with its clientele,'' expert of the Russian State Duma's Committee on Financial Market Yan Art. ''Small banks will also want to enter there because otherwise their clients will be limited in opportunities compared to big banks' clients.''

Earlier only Sberbank had a similar instantaneous money transfer with a phone number (via Sberbank Online). It offers free transfers between its clients in one region, but a money transfer to another bank's client or to another region of the same Sberbank cost 1% of the transfer.

In banking sector experts' opinion, Sberbank created its own well-oiled system. And if the Central Bank manages to have the same high technical performance level, both clients and banks themselves will win. Though the EPS was invented to create equal conditions for all member banks and challenge the monopoly of Sberbank, the latter is likely to lose a bit. ''The introduction of the EPS is potentially a negative factor precisely for Sberbank with its payment system that probably one in two citizens use,'' says chief analyst at Veles Capital on banking sector and financial market Yury Kravchenko. Nevertheless, the system isn't operating to the full yet, the interlocutor notes that there is a risk that the situation with the National Payment System will repeat. ''In fact, budget workers were transferred to it. But its competition with foreign payment systems is just nominal.'' The penetration level of Sberbank's payment system with its cards is very high, there is nominal competition in the market, he concludes.

Director of the Banking Institute of HSE NRU Vasily Solodkov considers by creating the express payment system the Central Bank is trying to challenge the monopoly of Sberbank. ''There are things that the state should care about, while there are things that businesses should care about. The accounting system refers to businesses, it's not the state's function. As the competition in the payment market led to the monopoly of Sberbank, the Central Bank started to build its own monopoly to fight this monopolist,'' Solodkov says. In the interlocutor's opinion, in the future, the launch of this system can impede the creation of an alternative payment system by banks themselves: ''Banks could have done whatever they wanted, to create a common platform in the end but not entrust this to the Central Bank.'' In this situation of the artificially created oligopoly, the tariffs will certainly be high, the expert continues. Yan Art doesn't agree with Solodkov – the express payment platform under the Bank of Russia with due technical performance can be great support. ''The idea is sound because it correlates with the idea of marketplace, that's to say, a common platform where any citizen of Russia has access to all kinds of online services no matter where he lives, in Moscow or in a remote village.''