Fatikh Sibagatullin: ''The attending physician treated me well, and I presented him a cognac — so what?''

According to Fatikh Sibagatullin, a deputy of the State Duma from Tatarstan and member of United Russia, it is possible to prohibit the doctors and teachers to take gifts if their salary is 100k rubles a month. While their income is 30k, it is not humane to limit the acceptance of material gratitude. The unanimous ''against'' of the people's deputies was not supported by the parents of schoolchildren. They complain that in the run-up to the holidays, the money collection on gifts reach 500 rubles a school student. Read the details in the material of Realnoe Vremya.

Notebooks – to doctors, flowers – to teachers

Deputies have sided with teachers and doctors — the bill prepared by the government within fight against corruption has turned to be a sensation.

In the original version, it was meant to extend the anti-corruption standards, which now apply to officials, to everyone who receives a salary from the budget, and therefore, to doctors and teachers. Currently, according to the article No. 575 of the Civil code, the doctors, educators and teachers without fear of being dubbed as bribe takers can accept gifts related to their work, in the amount of not more than 3,000 rubles. The bill, sent to the State Duma, implies reducing this bar to zero and offers only flowers and stationery products to express gratitude.

It is interesting that the main characters of this ''play'' did not loudly resent the ban. But the bill has confused the deputies and members of the government. So, the authors promised to clarify the interpretation and prescribe that the restrictions on the presents do not apply to teachers and doctors. 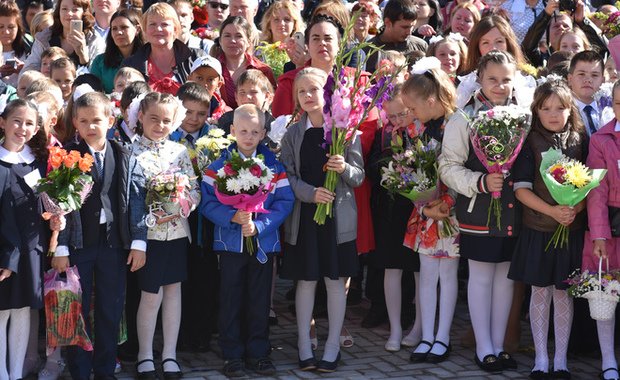 ''What do they mean — only flowers to doctors and teachers?'' Sibagatullin commented. Photo: kzn.ru

Among the deputies of the State Duma from Tatarstan, it was Fatikh Sibagatullin who spoke against the draft bill.

''What do you mean – only flowers to teachers and doctors? First, we have no right to prohibit — it is voluntary, and second – there are 30 pupils in a class. Why would she [the teacher] need 30 bouquets? It is better to present her a perfume!'' Sibagatullin commented on the legislative initiative to Realnoe Vremya.

According to the people's deputy, he and his party colleagues will give a negative feedback on the bill.

''Teachers are already hurt. They used to be respected, they received the biggest salary in the kolkhoz. But today you know – people consider them to be a service. They have a salary of about 30,000, what is more – not even everyone. When they have by today's purchasing power a salary of 100,000 rubles, then we won't give gifts… The attending physician treated me well, I presented him a cognac — so what?'' Fatikh Sibagatullin says.

''The average amount is 500 rubles per person''

Unlike deputies, not all parents are united against the bill. Many are outraged by payments for gifts to educators and teachers, and they would be happy to introduce restrictions. 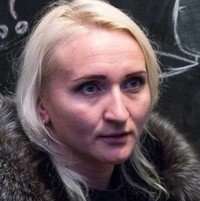 ''Before the New Year, there were many complaints about charges on gifts. The average amount is 500 rubles per person, and parents are outraged that so it is every holiday — March 8 or birthdays,'' says head of the group 'Against extortion in schools and kindergartens' Ekaterina Matveeva.

According to Matveeva, unlike complaints of extortion, the prosecutor's office does not respond very well to complaints about gifts. The chief in Tatarstan fighter against extortion in educational institutions supports the bill.

''There is the problem of extortion by some health workers''

The union of health workers spoke against the draft bill.

''We believe that the fight against corruption should begin not with gifts to doctors, but with the fight against kickbacks in the procurement of medical equipment and overhaul,'' says Andrey Konoval, the co-chairman of the Interregional Trade Union of Health Workers 'Deystvie'.

According to him, gifts are a manifestation of natural gratitude to doctors, thus he doesn't exclude that among doctors there are also bribe takers. 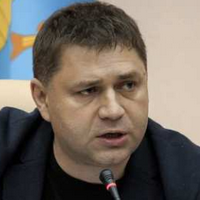 ''No one raises the issue of medical care depending on gifts — flowers, chocolates or a pack of tea. But, of course, the problem of extortion by some health workers exists, but the existing legal framework is enough to deal with it. This problem should be addressed not only through repressive measures. Personnel hunger, severe working conditions and low wages create a situation where people begin to survive as they can. We do not justify the personal choice of people who can take bribes, but if we are talking about public policy, then we need to start the fight against corruption with increasing real access to free medicine,'' says Konoval.

The draft bill has been approved at all stages. The authors promised to take into account the comments left in the relevant committees by the first reading. The date has not yet been determined, but the document is expected to be adopted by mid-2019.