''There will be disparity in tariffs'': FAS wants to equalize cross-subsidisation at all levels of voltage

The Federal Antimonopoly Service of Russia has proposed a new approach for electricity cross-subsidizing. From the point of view of the agency, the cross-subsidisation should be distributed evenly throughout all levels of voltage. The opinions of market experts have divided: some believe that this approach can partially reduce the load on low-voltage consumers and increase it for high-level consumers, while others believe that there may be disparity in tariffs. Read the details in the material of Realnoe Vremya.

The Federal Antimonopoly Service is offering to determine a single rate for cross-subsidization for consumers at all levels of voltage. The relevant notification was posted by the agency on the federal portal of draft regulations. The new principle is planned to be incorporated into the methodology for calculating prices for network services of territorial network organizations (TSOs). ''The basic principle of the distribution of cross-subsidies by voltage levels should be uniform,'' the document says.

Cross-subsidization is a mechanism whereby some consumers pay more for electricity at the expense of a reduced tariff to others. Cross-subsidization is included in the tariffs for electricity transmission services between the population and companies, between the voltage levels, between the subjects of the Russian Federation and so on. This is mainly due to the support of renewable energy sources, regions of the Far East, waste processing enterprises. 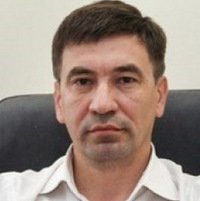 ''Cross-subsidization in the electricity industry is one of the most urgent problems. It is understood as price discrimination: the tariff for electric energy for industrial and commercial consumers is set above the marginal costs, and for households — below, so that the former are forced to overpay and subsidize the latter,'' Bulat Giniyatullin, the head of the energy trading department at TGC-16, said in the interview with Realnoe Vremya.

Anna Mikhailova, an analyst at ACRA group of sovereign ratings and forecasting, also agrees with this assessment.

Industry and businesses pay for the difference

Now the population pays less for electricity than they spend on its production of energy. The difference is paid by industrial consumers and businesses. For example, network organizations are paid by companies powered by distributed TSO networks. 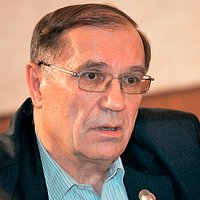 ''The rate of cross-subsidization in the tariff for electric grid services for the industry is usually higher than the rates for medium and small enterprises. Moreover, in some regions the rate for small businesses is negative, that is, the industry, in addition to the population, subsidizes small businesses. The result is that the industry consumes half of all electricity in the distribution networks, but carries two-thirds of the total financial burden for cross-subsidization. This is unfair,'' director of the association Community of Energy Consumers Vasily Kiselev said.

In the regions, the amount of cross-subsidization is determined by local authorities depending on the level of voltage.

''The market is not ready for full liberalization''

Prior to that, the government discussed the proposal to lay cross-subsidies in the tariffs of industrial consumers directly connected to the main networks. Such approach would lead to that tariffs for industry would increase by half within seven years. However, the initiative caused discontent of large consumers. Market players called it a return to the ''last mile'', when the cost of maintaining distribution networks was shifted on the industry, the services of which it does not use. The mechanism implied an increased burden on the largest consumers and was cancelled in most regions in 2017.

''The Russian energy market is not yet ready for full liberalization. At the same time, the search for more optimal and transparent forms of cross-subsidization is undoubtedly a plus for consumers, and it can also reduce the incentives for large businesses to switch to direct connection to the FSK networks or their own generation,'' Anna Mikhailova commented on the FAS proposal.

At the same time, the analyst is sure that a single cross-subsidization rate for consumers of all voltage levels will entail an increase in tariffs for low voltage and a decrease for high voltage, respectively.

''The growth of the burden on small and medium-sized businesses is planned to be smooth with the help of the transition period. The average regional value of the total tariff can be set at about 4,300-4,500 rubles per MWh in 2019,'' Mikhailova predicts. 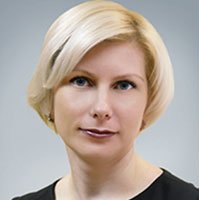 ''For me, cross-subsidization is a kind of mathematical value created artificially,'' says Natalia Nazarova. According to the expert, it is possible to create such a methodology of economically justified tariffs, in which there will be no cross-subsidization at all.

''Over the years, the rules have changed, the accounting of costs has changed. One can set some general rules for distribution of costs and make sure that there will be no cross-subsidization mathematically. Or, at least, it will be reduced. Alternatively, it is possible to set the average rate without breaking down the voltage levels. It also won't contradict anything,'' Nazarova added.

From the point of view of Vasily Kiselev, the transition to a single rate of cross-subsidization will reduce the financial burden on the industry. ''At the same time, the transition will not be burdensome due to the small share of energy costs in the cost of goods and services for small businesses,'' the market expert concludes.

''Honestly, I doubt the FAS would set these rules,'' says Natalya Nazarova. ''The department itself determines the maximum growth of tariffs by voltage levels. When they define the rules, they will have more voltage at one level and less at the other. There is a big disparity in rates,'' she says.

As for the cost of electricity for the population, it will depend on specific averaging mechanisms, experts say.