The relationship between Moscow and Minsk has seen many ups and downs since the collapse of the Soviet Union, often due to energy issues. This time, Russia's intention to halt supplies of subsidised oil products to Belarus has made the Belarusian president claim that Moscow can lose ''its only ally in the Western direction''.

Belarusian President Aleksandr Lukashenko has warned Russia that it can lose its ally if Moscow fails to offer Minsk compensation for higher oil prices, says RFE/RL. ''If the leadership of Russia chooses such a path and the loss of its only ally in the Western direction, it's their choice,'' said the politician on 10 January. He also threatened to route the country's trade in oil and oil products exclusively through Baltic. Oil may be purchased jointly with Baltic countries, refined at the Novopolotsk refinery in Belarus and then exported abroad, Lukashenko proposed.

The rhetoric was caused by Russia's ongoing oil tax overhaul, which means higher prices for oil and oil products supplied to Belarus. Meanwhile, Belarus used to benefit from buying subsidised oil products from Russia and re-exporting them. Minsk has urged Moscow to offer compensation for the change that may result in $11 billion of lost revenues for Belarus over the next six years.

However, Moscow is not likely to compensate for other countries' losses, as it needs to lessen the burden on its own economy. ''I want to remind you once more that, first of all, we have never promised anyone to compensate for other countries' lost profit, even to the ones who are very close to us,'' claimed Russia's Prime Minister Dmitry Medvedev at a government meeting on Saturday, adding that Russia is continuing talks with Belarus in relation to its oil tax reforms. 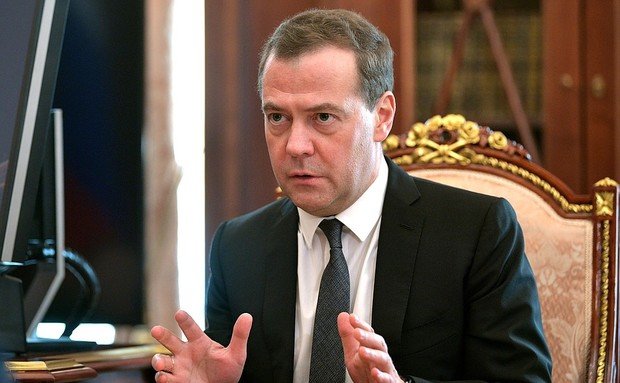 ''We have never promised anyone to compensate for other countries' lost profit, even to the ones who are very close to us,'' claimed Russia's Prime Minister Dmitry Medvedev. Photo: kremlin.ru

Russia and Belarus have a union agreement that envisages close economic, political and military ties. At the end of 2018, the Belarusian president met twice with his Russian counterpart Vladimir Putin, but the energy issues remained unsolved. In 2010, a similar dispute prompted Belarus to import Venezuelan oil via Ukrainian ports.

Earlier, the Kremlin said that compensation might depend on the degree of integration between Russia and Belarus. The Belarusian leader refuted speculations that energy issues might push Minsk into agreeing to integrate into Russia. ''There is no question of uniting the two states,'' said Lukashenko.