Natural persons brought 310bn rubles to the top 5 banks in November. Meanwhile, the regulator decided to cool lending down again

Five most profitable banks provided the one-ninth of the total financial result of the sector in 11 months. The biggest players fully compensated consequences of the previous outflow of retail deposits in November. Meanwhile, the Central Bank is trying to reduce the bankers' appetite for risky lending to the population and remind how important it is to ''stop on time''. Realnoe Vremya's monthly banking review tells about these and other events.

Minus nine in November

The number of operating credit institutions reduced by 9 in 11 months in 2018 – 490. Six banks lost their licences, most of them were in the second-third hundred in assets. It's Pervomaysky bank from Krasnodar, including UM-Bank, Russian Mortgage Bank, Innovations and Development Bank, Moscow and Agrosoyuz from Moscow.

How to cool lending down

The portfolio of bank loans granted to natural persons and non-financial companies increased by almost 410bn rubles in November – to 47,8tr; its year-on-year growth exceeded 13%. But here a traditional proviso needed: the retail segment is still more than twice ahead of corporate. The portfolio of juridical persons increased by less than 10% since 1 December 2017 (to 33,1tr). Meanwhile, the population's debt to banks monthly increased by 1-2% last year, the growth in November only accelerated. In the end, the year-round dynamics in retailing totalled 23%, and the volume of portfolio went over 14,7tr rubles.

It becomes harder to find those who weren't aware of the discussions about prospects of accumulation of ''bad'' debts, which representatives of the Central Bank, analysts and market players themselves often join. By the way, they haven't come to an agreement yet.

Russians got 11,1 trillion rubles of loans since early 2018, by 36% more than in January-November 2017. Lending dynamics in some unfavourable regions several times excels the average Russian one. But the growth of loan volumes isn't so far accompanied by their worse quality. On the contrary, the share of delayed debt in the retail portfolio reduced: in early December it was 5,5% (6,6% in corporate portfolio). The regulator has recently made the next attempt to cool the market down by having raised extra payments to risk coefficients for unsecured loans with a total value of from 10 to 300% from 1 April 2019. It's hard to say how much the previous rise reduced the appetite of bankers to risk. However, according to Irina Nosova, deputy director of ACRA group of bank ratings, growth paces of unsecured lending would have been much higher without these measures.

''Too many loans of the population might lead to considerably worsening quality of credit portfolio in banks specialising in unsecured lending. The regulator doesn't want to permit it. We think the dynamics of consumer lending will be significantly restricted by the Bank of Russia, while coefficients will rise until the regulator achieves the desirable goal of cooling the lending down,'' Nosova says.

Clients continued bringing their savings to banks in November. The population and companies' deposits in the sector, in general, grew by 519,3bn rubles. Particularly deposits of juridical persons rose by 437bn rubles, deposits of natural persons – by 81,8bn.

The biggest market players finally fully compensated consequences of the September outflow (then retail depositors withdrew 187,5bn rubles from the five biggest banks). In November, the volume of the population's deposits in the top 5 banks increased by 309,7bn rubles. Sberbank's growth made up 186,7bn, VTB had 48,6bn, Gazprombank did 19,7bn, Rosselkhozbank – 20,4bn rubles, Alfa-Bank – 34,3bn rubles.

However, the dynamics were positive only in deposits in a foreign currency (+0,9bn a month in the sector, in general); the Russian's deposits in rubles reduced by 51,8bn. 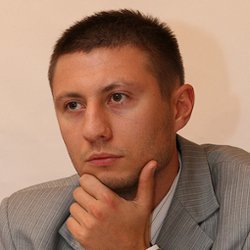 ''I see quite a simple explanation,'' says Managing Director of the National Rating Agency Pavel Samiyev. ''There was a serious outflow of currency deposits in August and September because people were afraid of their conversion into the ruble and ban on correspondent accounts in a foreign currency. But then it became clear there were, in general, no prerequisites for serious problems in the short term. In addition, banks raised rates for dollar deposits.''

90% of profit for five players

The banks' net profit totalled 1,28tr rubles in 11 months, which is 1,5 times more than the results in January-November 2017. But approximately one-ninth of the overall financial results were provided by the five most profitable banks.

The net result of Tatarstan credit institutions (besides non-banks) amounted to 6,4bn rubles in 11 months having increased just 2,7 times. Only two players had a loss – Altynbank (-1,8m rubles) and IK Bank (-120,3m rubles). The biggest growth of profit a year were shown by Ak Bar (3,5 times), Energobank (2,2 times) and Bank of Kazan (2,1 times).

Sberbank in search of new brand

It became known in December the country's biggest bank could change its brand: Sberbank will probably refuse the word 'bank'' in the name of some of its products and subsidiaries. ''We're really discussing it, but it's early to announce it, [but] we're talking on this topic,'' Herman Gref told. According to him, it's not a new name for the bank itself but a brand for the ecosystem, which today includes tens of companies. Now Sberbank is ''much more than a bank'', he added.

In addition, Gref announced optimisation of the chain of branches: Sberbank will close offices with low attendance, apart from offices in the countryside. ''Globally, people will go to the office to get a service less and less. Our chain is likely to stay as consultative points where it's convenient for a person to go in and be consulted,'' the head of Sberbank said to Russia 24 TV channel.

The Central Bank started to promote an idea of ''mortgage holidays'' – it offers to enable citizens to temporarily stop mortgage payments in case of unforeseen circumstances such as job loss or disease, which brings to temporary unemployment.

The Ministry of Finance, in turn, reacted to the Central Bank's proposal modestly. Vice Finance Minister Aleksey Moiseyev called the idea good. ''Another question that always arises is who pays for the party?'' he added. If banks ''forgive one in two debts'', this will increase rates for those borrowers who didn't use the holiday, the functionary claimed. 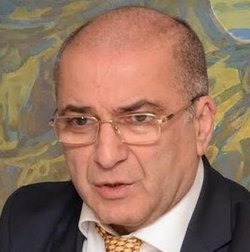 Head of the Association of Russian Banks Garegin Tosunyan said in this case the Central Bank can't dictate anything to the market – it's up to the market if they should provide clients with delayed mortgage payments.

VTB will broadcast and treat

VTB became a participant of other several non-related projects. As Vedomosti said, the state bank and National Media Group bought out STS Media uniting STS, STS Love, Domashny and Che TV channels. Together with AFK Systema, VTB purchased Obolenskoye pharmaceutical company from Alvansa. The new owners hope to create a player that would be in the top 10 Russian pharmaceutical companies.

Why it's important to stop on time

In December, the Central Bank published an analytical note Experience of Two Loan Booms in Russian and Current Mortgage Growth: Why It's Important to Stop on Time. As an epigraph, the Central Bank's Research and Forecasting Department used words from The Big Short film telling about the development of the mortgage crisis in the USA in 2007-2008.

''The result indicates that banks might underestimate lending risks,'' the research's authors claimed. ''This happens including due to the dependence of the decision to grant loans from a perspective of other banks that altogether can influence the dynamics of macroeconomic variables. Such imperfection of the evaluation of lending risks requires the interference of the regulator as timely macroprudential measures.''