May the bubble keep inflating? Talks about Russians’ loan burden are exaggerated

Alfa-Bank analysts think so. According to them, the market of consumer lending ''is just accumulating risks''

Alfa-Bank analysts said Russians' loan burden had grown and found out how justified the fears recently expressed by experts and Central Bank representatives were. By their estimate, the talks about overheated consumer lending look exaggerated – the market ''is just accumulating risks''. Realnoe Vremya tells the details.

2013 record has been broken

This September Russia's population's bank debt crossed 14tr rubles for the first time and reached 14,4tr by 1 November. The portfolio of bank loans granted to the population has increased by 2,2tr rubles, while its year-on-year growth exceeded 22%. Frank Research Group suggests that banks granted Russians 780bn rubles of new loans only in September, which a record high – the previous peak was detected in December 2013 (670bn).

Debt service a year, according to Frank RG, accounts for 10% of house managements' incomes; it's equal to the costs of US borrowers.

''Fast growth of retail loans has recently become a concern. Nevertheless, the fears of overheating in this segment look exaggerated at the moment,'' Alfa-Bank analysts write in one of their recent reviews.

They explain their doubts with several arguments. Firstly, one needs to know the loan portfolio's structure: mortgages account for almost half of its growth (48% by early October) now. Non-mortgage loans are just 4% higher than the 2014 level despite strong dynamics in retailing. Mortgages make up about 6% of Russia's GDP. It's less than in analogous countries, while the share of non-mortgage loans in the economy is comparable with the level in other countries. Photo: Maksim Platonov

At the same time, the mortgage market has also grown by 71% compared to 2014 and has the potential for further growth. Mortgages make up about 6% of Russia's GDP. It's less than in analogous countries, while the share of non-mortgage loans in the economy is comparable with the level in other countries.

The second argument is the ratio of retail loans per capita to an average salary. Though today it's not far from the maximum (230% this October against 240% in 2014), the ratio of non-mortgage loans to salary is still low, the analysts note. It's 130%, while, for instance, it was at the level of 170% in 2013. By global standards, the current level isn't high, consequently, the retail lending market can hardly be called overheated.

No trust in statistics

What's more, the official statistics can raise certain questions. So there was a serious discrepancy between data about salaries and incomes of the population in Russia during previous years. Nowadays income dynamics (includes additional evaluation of grey salaries, the effect of a change in the currency rate and so on) look weaker than average salary dynamics. The analysts suppose that banks have more confidence in the statistics on grown salaries – it's the proof of the level of incomes and illustrated borrowers' solvency to them.

However, Alfa-Bank says we can't say for sure the boom in consumer lending doesn't contain any risks. In the analysts' opinion, potential risks might be linked with the end of the election cycle. Elections were the driver of growth in salaries early this year. The contribution of the electoral period is coming to an end, and salary growth paces will slow down in the short run,'' the fall in dynamics makes itself known. In the analysts' opinion, potential risks might be linked with the end of the election cycle. Elections were the driver of growth in salaries early this year. Photo: Maksim Platonov

''Expected slower growth in salaries and possible weakness of the demand in the labour market are the main risk factors for sustainable growth in retail loans in the next years,'' the analysts write.

For this reason, they conclude the retail lending segment isn't overheated – the market ''is just accumulating risks''. Alfa-Bank considers 17% growth of loan portfolio a year as optimal (that's to say, 5% less than the current growth).

''You will feel good for 10 minutes, then you will start having withdrawal symptoms''

Indeed, enough has been said this year about risks of a bubble in consumer lending, including by Central Bank representatives. In February, Elvira Nabiullina said the revival of demand for loans was good, but lending should grow together with the economy and income of the population, which fell from 2014 to 2017.

To avoid a new crisis of bad debts, the Central Bank has raised risks ratios for consumer lending, not secured loans since September. So the prime cost of such loans for banks has increased. 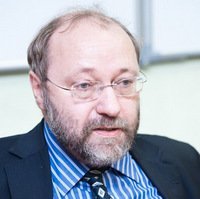 According to HSE NRU Banking Institute Vasily Solodkov, growth in lending in the first half this year was mainly linked with re-financing: rates had been falling, and there was sense in paying off old loans by means of relatively new ones. ''This all ended after the ruble collapsed again and inflation expectations increased. The Central Bank had to raise rates, they went up.''

In general, Solodkov says, lending is good when there is optimism the economy will grow. ''In this case, you take out a loan understanding you will have money to pay with. The current situation doesn't have reasons for optimism: the economic growth and rise in the population's real income are inside the margin of statistical error. In these conditions, growth in lending is like drug: you will feel good for 10 minutes, then you will start having withdrawal symptoms because you don't know how to pay.''

The rise in unsecured lending is an objective reality. When the economy develops slowly and citizens' incomes reduce or stagnate, people go to banks to finance their needs, Aleksandr Proklov said earlier: ''Undoubtedly, it's feasible to rail people off debts they won't be able to pay. Another thing is that consumer lending dynamics will, I think, anyway outstrip the real sector's lending dynamics.''