Continuous growth of jet fuel prices in 2017 and 2018 made Russian commercial airlines suffer substantial losses. As a result, carriers are reducing investment and axing unprofitable routes in order to keep profitability or at least stay afloat.

Russia's major airlines, including Aeroflot and S7 Airlines, have declared that the country's commercial aviation industry is once again on the brink of a large-scale financial crisis, reports Russian Aviation Insider. According to Boris Shokurov, executive director of the Moscow-based Russian Association of Air Transport Operators, Russian air carriers have been operating under the continuous strain of rising jet fuel prices throughout 2017 and 2018. The association estimated that fuel prices' growth amounted to around 20% in 2017 and further 36% in the first 10 months of 2018 compared to the previous corresponding periods.

''The share of fuel in the structure of operator costs has increased by five percentage points, hitting 27,5% of all operational expenses,'' says Shokurov. Meanwhile, Russian airlines' losses in the domestic segment increased sevenfold in the first nine months of 2018 and reached 34,5 billion rubles, although a summer high season normally provides a safety cushion to counterbalance the traditionally low final quarter. For the entire year, the airlines' operational losses are expected to reach 37-39 billion rubles ($0,6 billion). 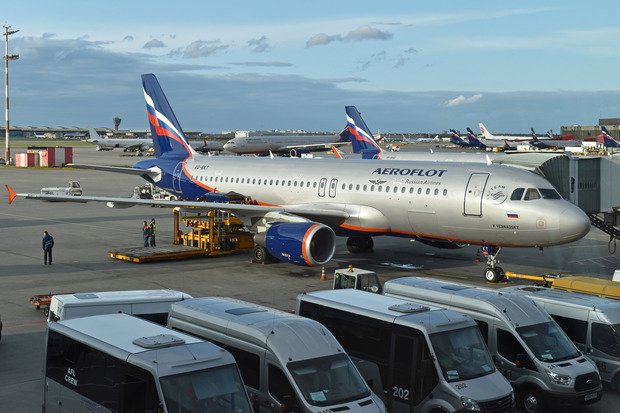 Aeroflot Group managed to keep its yield above the extra costs, partly because of fleet expansion and an increase in fleet utilisation rates. Photo: Alan Wilson

Aeroflot has twice increased its fuel surcharge this year due to ''extreme fuel price growth''. In July and November, the company added between 200 and 400 rubles to its average fares. Aeroflot Group's fuel costs rose by 46,7% to 132 billion rubles in the first nine months of 2018, but the group managed to keep its yield above the extra costs, partly because of fleet expansion and an increase in fleet utilisation rates.

Russia's fourth-largest carrier Ural Airlines also saw profits decrease. The company's spokesperson Vera Gasnikova explained that ''the highest spike began in May 2018, when the airlines had largely sold out their tickets for the summer season and had no way of compensating these expenses''. As a result, the share of fuel expense in the airline's total costs increased to 30% from 25% of the first nine months of 2017. Ural Airlines estimated that the average fuel price in Russia had climbed by 33% by the final quarter of 2018 almost reaching the average European price.

A high-ranking executive at one of the large Russian airlines told Russian Aviation Insider that almost all Russian air carriers were deeply in debt. In addition to the increasing fuel prices, the airlines have faced higher airport fees and the stronger US dollar, while consumer buying power has not kept pace with the costs. ''We've saved everything we could save. The only segment in which we cannot make cuts is in flight safety,'' said the executive.