Over the last years, Moscow has increased spending on arms industry in order to modernise the country's armed forces. As a result, Russian companies have increased their share of the global arms market. Although the investment trend slowed down in 2017, Russia's arms export remains high.

Russia's arms industry has become the second-largest in the world, knocking the UK into third place, says CNN citing a new report by the Stockholm International Peace Research Institute (SIPRI). Russian companies provided 9,5% of total arms sales in 2017, while their British counterparts accounted for 9%. However, both countries were far behind the US, which ranked first with 57% of total arms sales.

''Russian companies have experienced significant growth in their arms sales since 2011,'' commented Siemon Wezeman, a senior researcher at SIPRI, adding that the growth was in line with Russia's increased spending on arms procurement aimed to modernise its armed forces. In recent years, Russia has ramped up investment as part of an effort to update outdated military systems by 2025, but the trend came to a halt in 2017, when Moscow spent 3,9 trillion rubles ($61 billion) on defence. It was a 17% decline from the previous year and the first annual drop since 1998.

Nonetheless, according to Wezeman, Russia's arms export remains high, and several new companies have made it into the SIPRI Top 100, an index of the largest arms-producing and military services companies. Thus, the latest index contains 10 Russian companies. In 2017, the country's arms producers increased sales by a collective 8,5% to $37,7 billion, while total arms sales for the Top 100 rose 2,5% to $398,2 billion compared to the previous year 2016 and by 44% compared to 2002. The figures do not include Chinese producers due to the lack of reliable data. 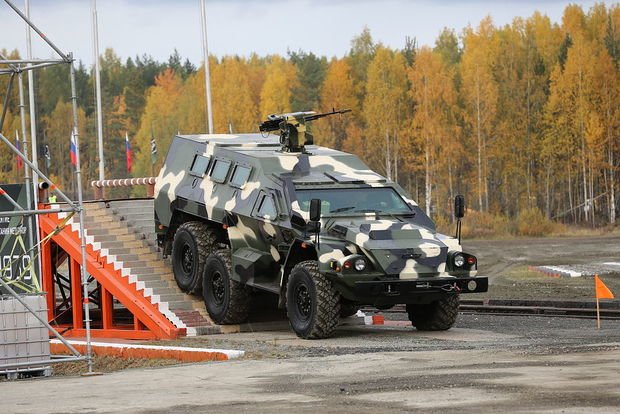 American Lockheed Martin Corporation kept its position as the world's largest arms producer, with sales of $44,9 billion in 2017. Overall, the US' 42 arms companies listed in the Top 100 showed collective sales growth of 2% to $226,6 billion. ''US companies directly benefit from the US Department of Defense's ongoing demand for weapons,'' said Aude Fleurant, the director of SIPRI's Arms Transfers and Military Expenditure Programme.

Turkish companies also showed a remarkable increase of 24% in arms sales in 2017. The surge ''reflects Turkey's ambitions to develop its arms industry to fulfil its growing demand for weapons and become less dependent on foreign suppliers'', reads SIPRI's press release.