Again on the fringes: small businesses of Tatarstan left without tax holidays

Two-year tax holidays for start-up individual entrepreneurs will not be introduced in Tatarstan — the government of the Republic of Tatarstan gave the final verdict during the final 'fight' between the ministry of economy and the ministry of finance of the region. This information has been confirmed to Realnoe Vremya in both departments. Public defenders of SMEs spoke very harshly: the support of small and medium-sized businesses is only in words. However, they are ready to eat humble pie and are not going to rebel.

The first defeat of the young minister of economy

Tatarstan is going to remain one of the few regions of the Russian Federation where individual entrepreneurs will not be exempted from the tax burden at the start. On 30 November, First Deputy Minister of Economy Rustem Sibgatullin confirmed to Realnoe Vremya that the initiative of their department to introduce tax holidays for individual entrepreneurs, which was presented in the parliament for the first time, did not receive support in the government. ''Not adopted,'' he said laconically, refusing to comment.

The ministry of finance of the Republic of Tatarstan, acting as the opponent, confirmed the decision to refuse to provide tax benefits for this category of entrepreneurs. However, the financial department did not respond what arguments formed the basis of the negative decision. At the same time, there was the desire to explain why the idea was thrown out. The press service of the ministry of finance of the Republic of Tatarstan requested an official request from the editorial office and handed it over to the management. However, balancing exercises ended with nothing: no response followed. In short, there is a clear desire to ''hush up'' the topic: both government agencies did not want to comment on the reasons for the rollback. The tentative attempt to launch tax holidays, like in all other regions of Russia, was made by Minister of Economy Farid Abdulganiev when discussing the budget in October this year. Photo: gossov.tatarstan.ru

Combat debut in the parliament

Let us remind that the tentative attempt to launch tax holidays, like in all other regions of Russia, was made by Minister of Economy Farid Abdulganiev when discussing the budget in October this year. At the parliamentary hearings, the head of the State Council Committee on Economy, Marat Galeev, asked the loaded question whether it was possible to create a comfortable climate in Tatarstan.

''The federal legislation makes it possible to give tax holidays for start-up businesses in many areas, many subjects have taken advantage of this, what is your position — maybe at least to introduce a two-year holiday for priority projects?'' he suggested. In response, the young head of the ministry of economy said yes, citing the migration of businesses to other regions as the main argument. ''We are losing part of entrepreneurs who move to neighbouring regions or register there. The reason is that a number of patent prices in Tatarstan is higher, and of course — the provision of tax holidays.''

We are talking about tax benefits, which are provided by the Federal law (No. 477 as of 29.12.2014). Since 1 January 2015, the region has the right to exempt entrepreneurs from tax payments under the simplified (USN) or patent tax system (PSN) for the period of two years. But it applies to start-up individual entrepreneurs engaged in production, scientific and social spheres. The price is low. The ministry of economy estimated a shortfall in revenues at only 100 million rubles. Radik Gayzatullin questioned the migration of entrepreneurs and the effectiveness of the benefits. Photo: Oleg Tikhonov

The day later, the preliminary budget hearings were followed by a rebuke of Minister of Finance Radik Gayzatullin, who, contrary to custom, personally came to the duty reading. He doubted the migration of entrepreneurs and the effectiveness of the benefits, saying that the republic has a system of benefits for businesses operating under the simplified tax system. Then he almost entered into a debate with Deputy of the City Council Roman Mugerman, inviting him to meet tet-tet with the calculations in the ministry of finance.

Left out not for the first time

Although it is impossible to agree in everything here. Two years ago, the proposal to reduce the USN rate from 6% to 3% for a separate category of entrepreneurs, including IT sphere, failed at a business council.

The author of this long-standing initiative, the head of the company X-Y-Z Automation, Nail Khuzyatov, said that they failed to bring it in, although in a third of the regions of the Russian Federation it is still in effect. He was not surprised that that time the individual entrepreneurs were also left out. Public defenders of SMEs spoke very harshly: the support for small and medium-sized businesses is only ''in words''.

Deputy Chairman of the Guild of Small and Medium-sized Businesses of Kazan Yevgeny Iosipov spoke very clearly, ''At the highest level they talk about the support of SMEs, but in practice there is no such. Tatarstan has become famous for the new federal benefits for self-employed, but hardly anyone will come out of the shadows,'' he believes. In spite of the fact that small business once again have been left out, they aren't going to rebel. 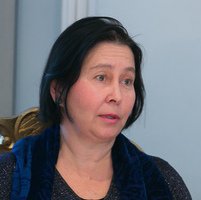 Member of the Chamber of Commerce and Industry Farida Galeeva learned about the decision from the correspondent of Realnoe Vremya. ''It is sad, this measure could help many start-up businessmen to stand on their own feet,'' she said. ''Now it is almost impossible to get a bank loan, and our own funds are not enough in our difficult economic time.'' She noticed that the information about small businesses is classified. ''It is not clear how many entrepreneurs would be affected by these benefits. Every year, all businessmen from small to large submit reports to the ministry of economy, but they are not published. We do not even know what the entrepreneurial army is, whether it is replenished or forces are eliminated from its ranks,'' the expert concluded.