The Russian economy showed good results in October: year-on-year GDP growth increased more than twice compared to the previous month mostly due to a surge in industrial output. At the same time, retail sales and real wages growth turned out to be below expectations fueling doubts among some economists about broader prospects for the country's economy.

Russia's economic growth accelerated in October due to higher output in the agricultural and industrial sectors, reports Reuters adding that other indicators showed that growth remained patchy. The country's GDP expanded by 2,5% last month compared to the previous year. In September, the figure amounted to 1,1%, while the third quarter's result totalled 1,3%. A 3,7% increase in industrial output has contributed to October's economic growth.

''We expect this recovery to be sustained in 2019 and think that GDP growth will be stronger than most anticipate next year,'' commented Liam Carson, an economist at Capital Economics. The company's researchers suggested that GDP growth could have increased to 1,8% at the beginning of the fourth quarter. 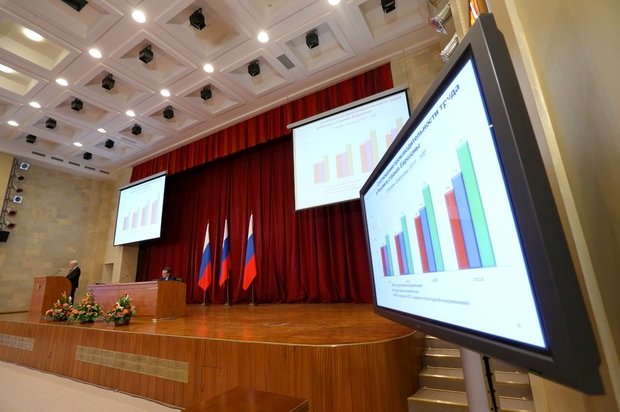 Capital investment growth accelerated to around 5,5% in the third quarter despite an earlier prediction by the Ministry of Economic Development that the indicator would not exceed 2,3%. Photo: government.ru

Nonetheless, many analysts remain sсeptical about broader prospects for Russia's economy. According to the Central Bank's forecasts, the country's GDP will expand only by 2% in 2018. On Tuesday, Rosstat announced that retail sales growth slowed to 1,9% in October from the previous month's result of 2,2%, while real wages rose 4,4% year on year, missing analyst expectations of 6,8% growth. A lack of positive drivers makes some economists doubt whether the country can succeed in joining the list of the world's leading economies in a few years in accordance with President Putin's May Decrees.

Consumers are becoming more cautious, as private sector wage growth is more contained than in the public one, considers Chief Economist at the Russian Direct Investment Fund Dmitry Polevoy. He believes that the Central Bank is unlikely to hike its interest rate from 7,5% given the current situation.