Fateful agreement: will frozen petrol prices lead to a deficit in fuel and black market?

This week Vice Prime Minister of the Russian Federation Dmitry Kozak has announced prices for petrol and diesel fuel will be frozen – they will be conserved till late March. However, not all market players liked the agreement signed between oil companies and the government. Many of them say this won't solve the problem. Petrol stations are already operating at a loss, while independent petrol stations threaten to go on a strike. Realnoe Vremya tells the details.

The conflict between private and vertically integrated petrol stations (that belong to big oil companies) has reached a new level. This week, the government of Russia has announced it will freeze fuel prices, which will be applied till the end of March 2019. The agreement was signed with big oil companies, which might cause discontent among private petrol stations' owners. Now they have the highest profitability level – 4%. At the same time, it's said in the media that the Federal Anti-Monopoly Service will start to carry out inspections of independent petrol stations for monopolist position in the market, which was offered by Rosneft. The inspection has already begun in Moscow Oblast in several independent suppliers. However, today the fuel price seems to have stopped growing. According to Realnoe Vremya's analytic staff, the price for key fuels hasn't changed in Kazan for several months already.

Prices vary a bit in Naberezhnye Chelny. RON92 has remained at about 40,47 rubles since July. But it hasn't been possible to avoid small rises since then, for instance, by four kopeks on 30 July, which recovered a week later. RON95 price is 43,05 today, which hasn't changed since 13 June. Diesel fuel has become expensive since last week, the price has reached 43,23 rubles at the moment. Gas prices are rapidly growing like in Kazan. It cost 21,48 rubles on 25 June, but today the gas price is already 24,30 rubles.

The situation isn't that calm in other regions. RON92 in Yoshkar-Ola has grown by five kopeks and totals 41,02 rubles. RON95 has increased by 18 kopeks since that moment, now it has reached 44,78 rubles. Gas, on the contrary, has cheapened for two weeks by 85 kopeks. Now it costs 24,60 rubles. In Samara, for instance, RON95 has increased by 20 kopeks in the last two weeks, now the price is 43,98 rubles. Diesel fuel has added record 40 kopeks – now it's equal to about 43,43 rubles. It's illustrative that average indicators in Volga Federal District haven't almost changed, which couldn't be said this summer when fuel prices grew by almost a ruble a week. The latest data of Realnoe Vremya's analytic staff suggest that only RON95 has risen in price during the week, the growth has totalled two kopeks, the price is 43,61 rubles, diesel fuel has been expensive by one kopek – to 43,74. Gas price, on the contrary, has reduced by 22 kopeks – to 24,91. After the government announced the decision to freeze petrol prices, there had immediately appeared an opinion that petrol stations already had to face a loss. However, losses didn't appear yesterday.

''We've been working at a loss for a long time, it's not we who dictate rules. Yes, we signed the agreement to freeze prices, but it's not a market decision. We asked other conditions, the government used average data. Frozen prices mean additional losses, almost everybody is working at a loss now. Perhaps, personal payments to population classes are needed, for instance, for pensioners. Anyway, it's a burden to the common budget again. In addition, excises will grow from 1 January. It means everything will be solved at the expense of producers. The market would solve everything on its own, now they will solve everything at the expense of refiners. And petrol stations, factories are huge investments. They should have thought that everything must be fine. How are they freezing the price? They are offering nothing instead. I'd ask Kozak these questions myself. It's not honest, they don't know themselves where they are going,'' Director of the Oil and Oil Products Sale Department at Tatneft PJSC Vladimir Karpov comments for Realnoe Vremya. RusEnergy consulting agency's partner Mikhail Krutikhin urges to be careful and notes that it has been just stated a related agreement between oil companies and the government has been signed.

''It has been just stated that allegedly an agreement has been signed, there has been reached an agreement, which was unilateral, oil companies should keep prices at the previous level. But VAT, excises will increase from 1 January, what will go on in July. 40% of petrol stations belong to small structures in Kazan that purchase fuel from big companies. The latter will compensate their losses at the expense of small organisations, which purchase their fuel. As a result, there might be a deficit of fuel, the black market, primitive factories might start operating – it's all consequences of the decision that was made. They didn't want to make the best decision, they wanted to receive more, while oil companies are one of the major taxpayers,'' Krutikhin thinks.

According to his words, the arising problem might be solved in two ways – to either already reduce the tax burden or wait for a social protest, after which the rise in excises will be cancelled. There already were protests against a rise in petrol prices in some regions this summer.

Experts confirm that fuel prices have really been frozen till the end of March, but they can't call such a measure especially effective.

''As there has been signed such an agreement with oil companies, I don't think they would accept losses, what would be unprofitable for them. As for possible problems in petrol stations, these rumours are spread artificially. It would be profitable for oil companies to work in the domestic fuel market. But freezing prices isn't the best method. Excises rise from 1 January, not a very profitable scheme has been offered. It's a temporary decision, it's necessary to create conditions to attract Russian companies. There must be a set of measures that suit both consumers and oil companies,'' explained Deputy Director of the Analytic Department at Alpari Anna Kokoreva. 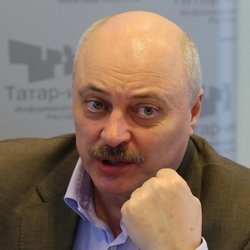 President of the Association of Oil Product Suppliers of Tatarstan Irek Suleymanov agrees the government's measure is wrong, but it's already better than nothing.

''Any restrictions, any manual management with the commodity economy are always bad, it's a forced measure, I hope it's temporary. One can't restrict in one place and don't restrict in another. The situation when wholesale price began to grow started in September. This is why this imbalance caused such a reaction. Now we should have many goods, petrol stations will start earning. It's not profitable now to start exports. I hope the wholesale price will fall. As for protests of independent petrol stations, the situation in Tatarstan doesn't reach such scales, our situation is calm, in general. Now we're hardly covering expenses we have. But there are regions where oil companies sell retail fuel cheaper than wholesale. While purchasing from them, independent petrol stations raise prices, and people don't go there, it's Krasnoyarsk Krai, Transbaikal, Irkutsk Oblast, Far East, Primorye. It's huge territories where there is a big number of independent petrol stations, they are only private. The situation is very tough there,'' Suleymanov puts examples.

He emphasises that the most important thing now is to saturate the Russian market.