''Oil will anyway become expensive for consumer'': what price stabilisation agreement with oil companies will bring to

The government managed to persuade fuel producers to freeze prices, but experts think it will anyway hit taxpayers’ wallet

Dmitry Medvedev didn't have to make threats to impose too high duties on oil a reality: oil workers agreed with the government's requirements to freeze fuel prices at the level of June 2018. The agreement is to be applied till the end of March 2018. However, experts believe restraining prices can be a new burden for taxpayers. Realnoe Vremya tells the details.

The government managed to agree with oil companies on stabilisation in the fuel market. It became known late on 31 October. The agreement includes a clause according to which wholesale prices are to be back to the level in June 2018. So it's planned to save profitability of petrol stations' business. In addition, fuel supplies to the domestic market are to grow at least by 3% compared to the last year. A corresponding agreement was going to be signed within 24 hours. As Vedomosti informs, it is to be applied until 31 March 2019.

It should be reminded that the situation in the fuel market became tense after oil companies stopped restraining prices on petrol stations like they had been doing for the whole summer in agreement with the government. Growth in wholesale prices and a rise in VAT and excise rates for oil products from 2019 and the attractiveness of fuel export were called among the reasons. So Vice Director of the Federal Anti-Monopoly Service of Russia (FAS) Anatoly Golomolzin claimed oil prices recovered growth in October, especially diesel fuel.

''In the market, not statements [of companies] but price dynamics are taken into consideration. Certain price growth recovered in October. It mainly was about diesel fuel – prices grew by about 1%, oil had the least growth – by some 0,25%. This is why we judge not by words but the situation in the market,'' Golomolzin said. Big oil companies, in turn, stated not they but independent petrol stations were guilty of the price growth. So Rosneft published an official statement on its page where it called independent players ''provocateurs''. Moreover, Rosneft emphasised that the company met previous agreements and kept retail prices at the level of 30 May this year.

''Today we're seeing a provocative campaign initiated by a series of petrol stations aimed to aggravate the social and economic situation in regions in order to get additional benefits and gain surplus income from its owners who often don't live in Russia,'' the company's statement says.

Russian Prime Minister Dmitry Medvedev, in turn, threatened oil companies to impose high oil duties. But as the sides managed to come to an agreement, the government won't clearly take such drastic measures.

We asked market players about their attitude to the decision of the Government to keep prices at the level of June 2018. Big Tatarstan companies told they would stick to the decision made by federal authorities. ''Fuel prices at petrol stations have been frozen since 30 May, we haven't raised them at all. Now we're signing an agreement where retail prices will be frozen. We will meet it, of course,'' says Director of Sale of Oil and Oil Products of Tatneft PJSC Vladimir Karpov.

In experts' opinion, artificially restrained fuel prices are unlikely to solve the problem of their growth. Analyst of the oil and gas sector, partner of RusEnergy consulting agency Mikhail Krutikhin is sure the consumer will have to pay for fuel more anyway. Another thing is that the rise can be hidden. ''The government decide to raise excises from 1 January. Oil producers and refiners will have less and less with a constantly low price. The government constantly increases its share in the oil price. Now it's 65%, but it seems that it will be 70% soon. Due to the constant price, oil companies have less. It's either driving independent petrol stations and small companies without export out of the market or the government will compensate it for oil companies by either excise or something else. But they will do with at the expense of the taxpayer. He will pay for oil more but in different forms – 65-70% to the state at the petrol station first and then additionally to the state budget, which will compensate oil companies' losses. Oil will become expensive for the consumer anyway, directly or indirectly,'' Mikhail Krutikhin thinks.

To restrain wholesale prices is a correct decision. But it's hard to predict whether it will work till New Year when VAT and excise rates grow, what will happen next, thinks Director of the Association of Small and Medium-Sized Petrol Stations of Tatarstan Irek Suleymanov.

''Now manual regulation has been applied in the wholesale segment too. It was given an instruction to sell every region at certain prices from its sales. And nobody knows how the exchange will work in this situation until it's time for auctions.''

According to Suleymanov, Vice Prime Minister Dmitry Kozak supported independent petrol stations at the last meeting and stressed that players occupied about 60% of the market. As for Rosneft's statements that independent petrol stations are raising prices but don't pay taxes, Suleymanov categorically disagrees with them and thinks it's a ''provocation of Rosneft''. He notes oil companies froze prices not everywhere. 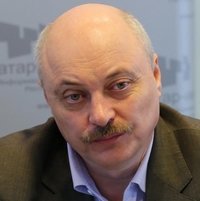 ''Nowadays some oil companies sell oil products in some regions by 2-3 rubles more than the frozen May price, the same Rosneft. And the region doesn't have any vertically integrated company, there is no company – either Rosneft or Tatneft or Lukoil. There are only independent companies. So an independent commercialist purchases at a higher prices and naturally increased the cost and sells more expensive. How should a government behave in this region? What's the guilt of the independent oil consumer?'' Irek Suleymanov says.

Mikhail Krutikhin doesn't agree with Rosneft's accusations against independent petrol stations. He notes that Rosneft has a possibility to redirect tax by export and other ways of money making, while private companies don't have such opportunities.