''Did Cashbery discover a gold, an oil or gas field? No!''

At the moment, the service’s founder (with tens of thousands of people) from London is promising to start making payments to depositors, Kazan jurists are receiving orders from the ''pyramid'' clients

Founder of Cashbery investment service Artur Vardanyan announced its closure on 1 November and explained the decision by intrigues of opponents. At the same time, the company has been in the centre of attention of the Central Bank since October, which even founds signs of a financial pyramid with probable damage to clients at 3bn rubles. Experts surveyed by Realnoe Vremya remember the song about the fool from Adventures of Buratino'film while they listen to how people try to earn easy money again and state the investors who became victims shouldn't trust promises of jurists who have become active to help to get money back and wait for a criminal case to open. Realnoe Vremya tells the details.

On 1 November, clients of Cashbery, which brings investors with clients who want to borrow money together, waited for a platform update but received an announcement of its owner Artur Vardanyan the company's ceased operations.

The entrepreneur recorded a video where he claimed the operation in the previous format was impossible due to the ''declared hunt to drive the company out of the market''. Vardanyan promised to settle with all clients on 2 November. However, he noted the group of companies didn't have enough money at the moment. It was promised to pay debts on the first day of each month on cards of two banks. Moreover, it's possible to ask only 2% or 5% of the sum of the debt or 25% in cryptocurrency.

The businessman himself calls the model of his company successful and accuses enemies ''who hit at the worst possible time'' of the misfortune:

''Cashbery's business had been run for two years until those who disliked it interfered. We were literally made bankrupt using our juridical model's imperfection,'' Vardanyan said. According to him, they couldn't protect their assets because of fast development.

However, he's not going to grieve for long and is already announcing the creation of a new company in 100 days. He says it will operate in tens of countries of the world, while Cashbery clients will be automatically transferred to the new platform. It's planned to attract up to 30m people to it in 2019. The Central Bank promised to oversee the new project of the platform's creator. 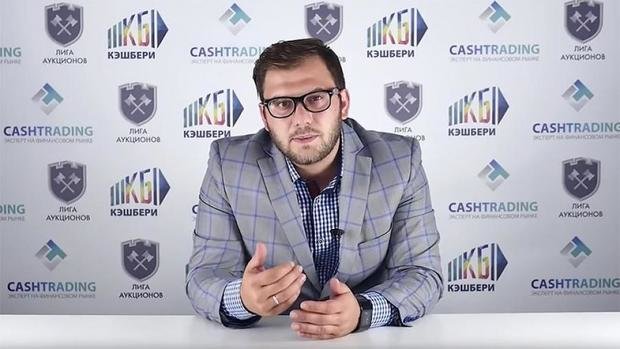 The businessman himself calls the model of his company successful and accuses enemies ''who hit at the worst possible time'' of the misfortune. Photo: youtube.com

The Central Bank's attention preceded Vardanyan's statement. On 26 September, the regulator announced it detected a big financial pyramid; it sent information about it to the Prosecutor General's Office and the Ministry of Internal Affairs. The latter launched an investigation, which can turn out a criminal case. The regulator didn't find signs of real economic activity at Cashbery but detected obvious signs of the classic financial pyramid. The organisation's page promises investors who lend natural persons at up to 600% a year and at 228,5% for loans to enterprises.

After the Central Bank's statement, Cashbery began to delay payments and temporarily stopped its operation. At the same time, social networks are full of screenshots of addresses of clients to technical support where they promise their own payment system to take internal money out will be launched in November.

Several days before the Central Bank's statement, a claim on blocked websites of the company was filled in the regional court of Rostov-on-Don. However, this didn't stop Cashbery's active ads in different places. In late October, the regulator also sent information about the ad to the Federal Anti-Monopoly Service.

Additionally, on 9 October, authorities of Great Britain sent Cashbery Limited, which is a part of Cashbery Group, sent a notification according to which the company would be eliminated from the roster in the next two months from that day and close. By the way, Artur Vardanyan is a resident of Great Britain.

The sum of the damage from the company's actions hasn't been accurately calculated yet. But the Central Bank presupposes it can reach 3bn rubles.

Now both Moscow and Kazan phone number has a voicemail offering to write all questions to technical support. There is no official data on how many offices the company had in Kazan and other Tatarstan cities. Social networks have just numerous communities. The administrator of one of them dedicated to Cashbery's operation in Naberezhnye Chelny abruptly answered Realnoe Vremya's questions ''I don't know''.

The administrator of the community in Nizhnekamsk left the message unanswered, another investor, Ruben Goncharov, who indicated he was an admin in another community confirmed the company had offices in Kazan. But he didn't explain where they are and what had happened to them.

''People are jailed there, while we give a rostrum on TV''

Talking about Cashbery, Director of the Banking Institute of the HSE NRU Vasily Solodkov remembers the Cat and the Fox's song from Adventures of Buratino with their words ''until fools exist in the world''. 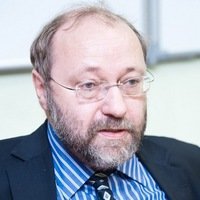 ''As soon as someone promises you profitability that's higher than the one in the market and up to 600% a year were promised there, consequently, it's clear this can be got nowhere but in a financial pyramid. This is why those who were in this business can easily lose their money because it's not a bank, money isn't secured here,'' the newspaper's interlocutor comments.

He notes though the regulator took measures, one should have thought of it earlier. To fight against financial pyramids, the expert offers even not to tighten the Central Bank's control but seriously start teaching the population.

''Control is control. But if a person decided to invest his money in God knows what, he will do it. And no control will help you here. From my point of view, financial education is the most important thing, which must start at school. Not religions should be studied there but what children can really face, threats that can appear when they grow up. And they should explain it to their parents,'' Vasily Solodkov thinks.

Economist Nikita Krichevsky also agrees with the necessity to increase the population's financial literacy. He notes Cashbery, undoubtedly, has signs of a financial pyramid. 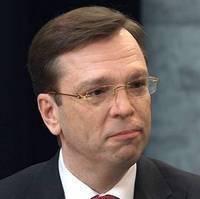 ''Did they discover a gold, an oil or gas field? Did they find the biggest diamond and are dividing it? No. It's impossible to pay 20-30% a month with an average market rate at about 10%, the percentage doesn't matter. Such things happen everywhere – both in America and Europe. People are just jailed there, while we give a rostrum on TV,'' the newspaper's interlocutor says.

Criminal case or bankruptcy ahead?

''There will likely be a criminal case in the end if they don't have the money to give. And I don't think they will. Civil claims will be filled during the probably criminal case,'' the jurist forecasts.

He calls the company's bankruptcy as the second option of how the story will develop. During it, the affected clients can join the roster of creditors. But here the so-called investors will have to prove the fact of transferring money to Cashbery or at least the fact that money was received from this juridical person or under its aegis. Evidence base is important because investors send their money not to Cashbery PLC's current account but to certain natural persons. For this reason, juridical clients don't have proof they gave money to invest in the company.

''Even if it turns out they didn't get the money from a juridical person, the most important thing is to prove that Cashbery or its workers, who were checked, received it,'' Pavel Tubaltsev says.

Amid the news about the closure of the so-called financial pyramid by the Central Bank, ads of juridical services have gone up. At the same time, when the company was frozen, its clients started to be offered juridical help to get money from the platform. One of the Instagram accounts created for this purpose, Realnoe Vremya was said over 20 people had turned to them on 1 November who invested from 30 to 50,000 rubles, while seven of them had already paid for juridical services. Pavel Tubaltsev says it's not as easy to take investors' money as it's promised. 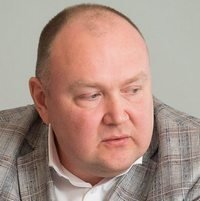 ''I think it's populism. We can't say it's possible to return money in a clear way now because a wave has already begun, and, consequently, there won't be enough money for everyone, it's clear, even if this company's owners will completely support their depositors. I think there will be problems. Jurists can only guarantee that they will do all juridical job aimed to obtain related documents for payments. For instance, if we undertook this job, we could just guarantee that we will sue this money and our clients will have a juridical right to demand it from someone. But, in my opinion, it's a populist statement to guarantee money can be really received,'' the jurist supposes.

When the article was published, the administration of the Ministry of Internal Affairs in Tatarstan didn't answer if it had received complaints from Cashbery victims.