Kazanorgsintez has shown positive dynamics, according to the main financial indicators for 9 months

Kazanorgsintez PJSC achieved high financial performance in the first 9 months of 2018: the company's profit increased by 34,9%, the revenue — by 11,4% compared to the same period in 2017. Experts link the positive indicators of the budget-forming enterprise with positive forecasts for 2018 for the production and consumption of polyethylene. Read the details in the material of Realnoe Vremya.

The cost of goods produced by the core enterprises of the petrochemical complex of Tatarstan for 9 months of 2018 exceeded 980 billion rubles, which is by 38% more than last year. The contributions to the consolidated budget of the republic increased by 30% and amounted to 57 billion rubles. The data were provided at a board meeting of Tatneftekhiminvest-holding JSC by Director General of the holding Rafinat Yarullin. At the same time, major growth of indicators is due to a growth of tax revenues from several companies, including from Kazanorgsintez PJSC. The budget-forming enterprise of the petrochemical sector of the economy for 9 months of 2018 made a profit of 15,874 million rubles, which is by 34,9% more than last year. The revenue of Kazanorgsintez for this period amounted to 60,142 million rubles and increased by 11,4% compared to the three quarters of 2017.

The positive dynamics of financial indicators provided an increase in production volume and favourable market conditions. Kazanorgsintez increased the output of the main products of its plants. The overall growth rate of the production in the first 9 months compared to 2017 amounted to 101,6%.

Prospects for the next 2 years

At the same time, Kazanorgsintez continues to upgrade its production facilities. At the moment, the company operates under the investment programme for 2018-2020. The plans are to increase the production of ethylene to 654,000 tonnes a year with the use of the propane scheme: part of the capacity will be reoriented to the processing of propane raw materials. ''The modernization will make it possible to preserve the possibility of increasing the processing volumes of ethane and to provide technological flexibility of the production in relation to raw materials,'' chief engineer at Kazanorgsintez PJSC Rafael Safarov told earlier in an interview with Realnoe Vremya.

Also, the company intends to modernize the plant of polycarbonates, the capacity of which is to grow to 100,000 tonnes a year. In addition, Kazanorgsintez plans to introduce technologies for the production of cumene using heterogeneous zeolite catalyst on bisphenol. 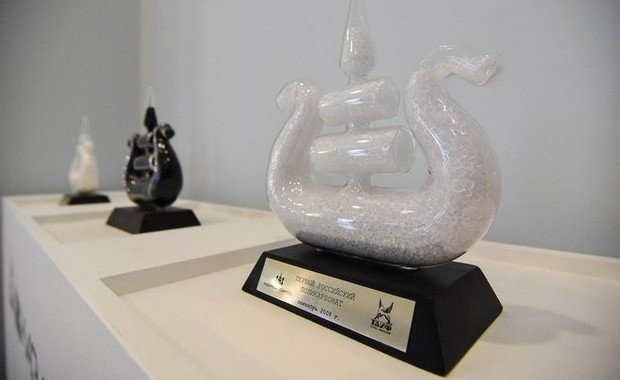 The plans are to increase the production of ethylene to 654,000 tonnes a year with the use of the propane scheme. Photo: Oleg Tikhonov

At the end of this year, Kazanorgsintez is to implement another project: the launch of a new four-chamber Technip oven on E-200 unit. Full completion of the project is planned by 2020. As a result of all the works, the company is to increase the production of its own ethylene.

Experts positively assess the dynamics of development of the Russian market of the production and consumption of polymers.

''In the third quarter of 2018, polymer prices continued to rise and increased by 3% compared to the second quarter. In general, the changes are associated with the weakening of the ruble. Now everything depends on oil prices and ruble exchange rate. I think that both indicators can play against polymer prices in the medium term. But it will not be a catastrophic fall, there will be a correction, because the rise in prices for polymers was very great.

The launch of large production capacity volume for polymers is expected in early 2020. However, even the introduction of additional capacity will not lead to a significant drop in prices, because as long as the market is scarce, the price is determined based on world prices, not on demand in the domestic market. The demand for polymers is growing well. Certainly, it depends on the growth rate of the economy. Our growth rates are low so far, but in terms of the long-term perspective, when additional capacities are introduced, there is a potential for demand growth.''

In general, the share of polymer imports is decreasing. Of course, this is partly due to the growth of the exchange rate, but domestic products are becoming more competitive, so in the future we can expect a further increase in the share of Russian products in the market, especially on the threshold of the launch of large petrochemical complexes, in particular ZapSibNeftekhim. In Russia, there are a number of new projects for the production of polymers and projects to expand capacities, which are at different stages of development. Whether they all will be accomplished is an open question. However, no new capacities in Russia have been brought on stream in the current year. The most promising project at the moment is the same ZapSibNeftekhim, which is to be launched next year.

It can be concluded that polymer manufacturers are one of the most important companies for the development of the Russian polymer market, which has great potential. For comparison, the current level of consumption of polyethylene and polypropylene per capita in Russia is more than two times lower than in Europe. Therefore, the investment attractiveness of shares of such enterprises is already very high and is guaranteed to be more attractive in the future.''

''In 2018, there has been an increase of 14% in the volume of chemical complex product shipments''

''Despite low liquidity, the shares of Kazanorgsintez PJSC have shown a stable growth in recent years, providing investors with good returns. This is facilitated by positive financial reporting.

The market of thermoplastics this year is being on a moderate rise, which resumed after 2 years of price correction. Since the beginning of the year, the average price of standard thermoplastics, according to the portal PLASTINFO, increased by 20,2% (from 92,904 to 111,627 rubles per tonne). Average prices of producers as of mid-September for the polymers in primary forms were following: for propylene — 86,401,5 rubles, for styrene — 94,653,78 rubles, for ethylene — 86,337,98 rubles per tonne. The market of thermoplastics this year is being on a moderate rise. Photo: Oleg Tikhonov

As reported at the 6th Moscow International Chemical Forum, which opened recently, investments in the chemical complex of Russia by the end of 2017 increased by 13%, and over the past 6 years this figure has increased by 2,5 times. Deputy Minister of Industry and Trade of the Russian Federation Viktor Yevtukhov noted at the forum that the strategy for the development of the chemical and petrochemical complex for the period up to 2030 involves investments in the amount of more than 1 trillion rubles and the implementation of about 200 investment projects.

Viktor Yevtukhov did not report on investment forecasts for 2018, but noted that for nine months there was an increase of 14% in the volume of shipment of chemical products — up to 3,1 trillion rubles. Foreign trade increased by 18,2% amounting to 39 billion rubles. The priorities for the industry are to reduce the share of imports from 46% to 28% and to increase the share of exports of Russian deep processing products from 21% to 45%.