Vsevolod Chaplin: ''The president doesn't have to be a theologian. But he has right Christian intuitions''

Nuclear-theological discussion: what lies behind Putin's words about martyrs and Paradise in case of a war?

Christianity considers possible mass death for the preservation of the faith, says the columnist for Realnoe Vremya, Archpriest Vsevolod Chaplin. The words of Russian President Vladimir Putin about a possible nuclear war, Russian martyrs and Paradise have caused heated discussions. The Orthodox clergyman in the author's column written for our online newspaper reflects on the remark of the head of the state and proposed that the Russian authorities ''to go further''.

Perhaps, nothing in recent time has outraged our liberal intelligentsia so much as the recent words of Vladimir Putin about martyrs, Paradise, and enemies, who will die without repentance. Liberal bloggers, whose views the Radio Liberty's website identified with the position of all Russians for some reason, vied with each other to accuse the president of madness and even of what he had drunk before the speech (apparently, for some people it is pleasant to remember the time of Yeltsin's ownerless).

It seems that it is this ''public'', more like a marginal sect, whom Dmitry Peskov began to appease, calling the president's words ''an allegory''. However, it can be called even a random joke, but in fact, he said a very serious and right thing, reflecting the consistently Christian worldview, traditionally hated even (and especially) by those ''enlighteners'' who like to refer to Christ as their ''ally''.

''The question in the air,'' writes Fedor Krasheninnikov, for example, ''what particularly religion says that the mass destruction of people in the course of repelling aggression is not considered a sin and guarantees access to Paradise? What Paradise is that? It is definitely not Orthodoxy and not Christianity at all.'' ''In the end, Christ Himself — the Lamb described in the Apocalypse – authorizes the destruction of one third of the population of the Earth one day.'' Photo: kremlin.ru

Christ himself authorizes the destruction of a third of the population

I will argue not only with Mr. Krasheninnikov, but also with Mr. Putin. From the point of view of true Christianity, not every person who suffered even in a just war will go to the Kingdom of God. This requires true Orthodox faith, good deeds, repentance of sins and receiving forgiveness from God through his Church. A martyr is, by the way, a witness of faith. But the protection of this very faith, as well as the Fatherland and neighbours, is a Christian duty. Its execution will not remain without a great reward from God, even if it will destroy a considerable number of enemies and those, relatively speaking, peaceful people who feed these enemies with their work and political support.

The defence of the faith and fatherland with arms is an urgent call of the Holy Tradition, which is no less important for an Orthodox Christian than the Holy Scripture — the Bible. In the end, Christ Himself — the Lamb described in the Apocalypse – authorizes the destruction of one third of the population of the Earth one day (see Rev., CH. 8-10). So the true Christianity (unlike the pacifist sects) believes it is possible, even the massive loss of life for the sake of true worship.

From the point of view of a consistent Orthodox Christian, Russia today remains one of the last bastions of the intact faith, especially against the background of the anti-canonical retreats of the former Constantinople. Protecting its spiritual freedom from negative external influences is a real religious duty. If Christians are spiritually enslaved by those centuries-old theologians who would like to build modified Orthodoxy into the ''democracy'' by the Western model, the totalitarian ''market'' and other godless structures with their anti-Christian attitudes — the existence of the mortal world will lose its meaning. In this light, another words of Putin, which shocked lovers of peace and comfort, allegedly achieved at any cost, look very logical. ''Why do we need such a world if there is no Russia in it?'' The president is not a theologian, and he does have to be one. But he has the right Christian intuitions. 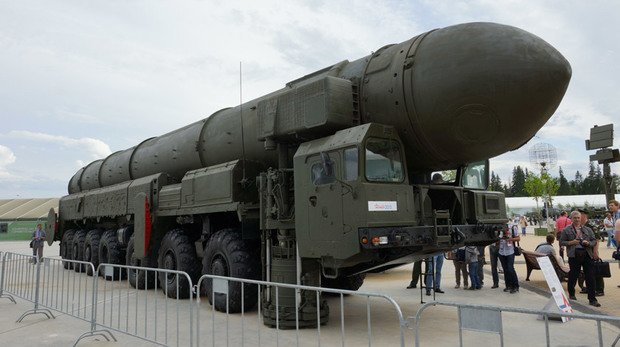 ''Our authorities need to go further — to declare their determination to strike anywhere in the world anyone who dares to implement such threats, to finance them, to provide their political support.'' Photo: dailystorm.ru

It is more terrible than nuclear missiles and tanks

Let me remind you of their own line, written last July in support of the words of Ramzan Kadyrov and also caused hysteria among liberals, ''The encroachment on the existence of Russia — the only truly free Orthodox state — should get the most direct answer. <...> The question of whether to use nuclear weapons is unambiguous here. <...> Russia's transition to Western control will practically make the mortal life of the mankind meaningless. And it is much better to give people half an hour to repent and part with mortal life than to deprive almost all people of eternal life.'' On September 6, your humble servant wrote the following, ''Still afraid of a conflict with the West? He can bluff as much as he wants — but even if he decides to go to a big war, we get eternal life, but they — hell.''

In general, the president, in essence, repeated what has long been clear to believers and what they say — if not afraid of liberal training in social networks. We always try to be a little ahead of the people in power and the time itself. But it, alas, raises new serious questions. The military doctrine of Russia says that it reserves the right to use nuclear weapons <...> in the case of aggression against Russia with conventional weapons, when the very existence of the state is threatened.

The problem, however, is that today the most terrible threats to the existence of Russia, its integrity and independence come from ''hybrid'', ''smart'' wars, carried out including under the scenario of the Euromaidan. It is more terrible than nuclear missiles and tanks. That is why our authorities need to go further — to declare their determination to strike anywhere in the world anyone who dares to implement such threats, to finance them, to provide their political support. No matter on what islands and yachts they are hiding. And, maybe, even nuclear missiles will not be needed — small combat drones will be enough. The Christian justification for the protection of the Fatherland in this case will become even more obvious than in the case of an ''ordinary'' big war.