''Yevkurov did not suppose that people would rebel and ask, 'Why did not you consult us?''

Leader of Chechnya Ramzan Kadyrov and leader of Ingushetia Yunus-bek Yevkurov signed an agreement on fixing the border between the two regions at the end of September. On the day of the signing, demonstrations against the document began in the capital of Ingushetia — from that moment the situation began to heat up more and more. Realnoe Vremya contacted chief editor of the portal Kavpolit Beslan Usmanov, who shared his view on the conflict that broke out because of the agreement on the border between Chechnya and Ingushetia. Besides, our interlocutor told about the reasons of recent collisions in Kabardino-Balkaria and assessed the situation in Dagestan, where hard times have begun for officials.

Beslan, why wasn't the issue of the regional border between Chechnya and Ingushetia formally considered earlier? What prompted the authorities of the republics to attend to this question now?

This is not to say that the problem of defining the border has been addressed only now. Besides, in my opinion, it is too early to say that this issue is resolved. Consultations and debates were held at different times on this issue, in the process there were some mutual insults, attempts were made to draw this border, and then again there were insults because of disagreement with the voiced proposals. One should understand that it is a long-lasting story.

In the USSR, Chechen-Ingushetia was a single republic, but after Dzhokhar Dudayev headed Chechnya (or Ichkeria) and Ruslan Aushev became the president of Ingushetia, the two leaders agreed that on the right side of the Fortanga River, flowing between Chechnya and Ingushetia, there were Chechen lands, and on the left — Ingush lands. It was valid for a long time. After that, in the late '90s, Aslan Maskhadov, as President of Ichkeria, came to another agreement on the border with the same Ruslan Aushev. Yes, some lands were modified, but the principle ''on the left side — you, and on the right — us'' was more or less observed.

Then there were the military events of the second Chechen campaign, a bloody war and a tougher attitude on the part of the military forces of the federal centre, which established what is known as constitutional order there. Naturally, in such circumstances, the border problem was out of the question, but after the situation more or less stabilized, they again began to return to this issue. ''In this situation it is necessary to consider the fact that there are people who are genuinely worried, but for different reasons just do not understand what is happening in those areas. And there are those who take the opportunity to embellish the events in a rather aggressive form.'' Photo: gazetaingush.ru

Why, in your opinion, the new agreement and the exchange of lands have caused such a reaction? They just should have asked people?

I just want to be clear that I no way take someone's side. We are well aware that we should always be for the weak and always be with the people, if it is really their opinion, and not the opinion of certain groups of people.

I follow this story, I worry, I try to keep abreast of it, I communicate with the expert community and representatives of the authorities of both republics. I can say that this story had begun about a month before the signing of the agreement. In social networks and in the media there was different information on this topic, including the Ingush segment of social networks trumpeted that Chechen builders invaded the lands, which are now in question, and conducted some work surrounded by several hundred Chechen security forces. In other words, different conjectures began. In this situation it is necessary to consider the fact that there are people who are genuinely worried, but for different reasons just do not understand what is happening in those areas. And there are those who take the opportunity to embellish the events in a rather aggressive form.

During the month before the signing, both adequate comments and frankly schizoid performances of certain individuals were manipulated. The subject was exaggerated as much as it was possible, and all this time people, in fact, were unaware of everything.

When this topic first heard, I immediately decided to investigate it. I managed to find out that a meeting of the heads of the two republics was planned for the near future, within the framework of which they would try to come to some common denominator on the issue of the border. At the same time, my sources reported that there was no ''Kremlin's hand'' that would direct their actions. The only possible participant — a certain ''witness'' of the reconciliation — at that time was called Envoy of the President of Russia in the Caucasus Alexander Matovnikov. Moreover, both Kadyrov and Yevkurov, as far as I know, have excellent relations with him, because all three of them have a security past — the paths of all of them crossed in one way or another. 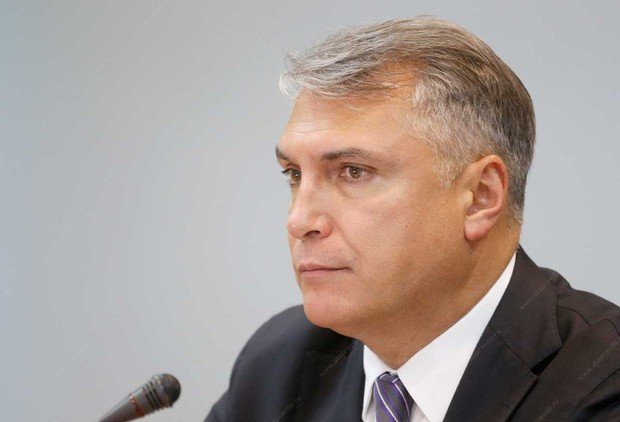 The only possible participant — a certain ''witness'' of the reconciliation — at that time was called Envoy of the President of Russia in the Caucasus Alexander Matovnikov. Photo: Eduard Korniyenko (stapravda.ru)

''For Ingushetia, the land is everything''

During this month, should the authorities have taken some action, in your opinion?

I adhere to the opinion that in a month, while all these comments and conjectures were raging, the power should have behaved adequately — to inform people, talk to the people and try to come to a common position. Yes, we cannot now assume what it would have resulted in, but, in my opinion, it would definitely be no worse than what we are observing today.

A month later, we saw that the heads of the republics found a common language, there was an exchange of several plots of land in order to align the border. As for the stumbling block — the Sunzha district, they simply went according to the agreements that arose after the republics gained their independence.

As for the reaction: both in Chechnya and Ingushetia, and in any republic in general, there are people who say, ''In fact, our territory is much larger than you think. And the land where you live is also ours — my ancestors lived there and were buried there.'' Using this principle, we can move back 100, 200 and 300 years ago, and each time these boundaries will be completely different. There is no common denominator which one could find and say, ''This border has been here for centuries.'' It is like Russia would say, ''Ukraine, Tajikistan and all the others are part of our borders.'' It is necessary to treat adequately what we have.

So why did this story arise? I see it this way: the leaders, in particular the head of Ingushetia, most likely, did not expect that this decision would be taken so sharply.

Why do you think it came as a surprise to them?

Let's start with the fact that recently, on September 9, the parliament of Ingushetia re-elected Yunus-bek Yevkurov for the third term. If we remove all the minuses and all the claims that apply to any Russian official, what do we have? What is Ingushetia today, and what is Ingushetia 10 years ago?

In 2009 (if I am not mistaken) after Yevkurov's accession to the new office, his motorcade was blown up. It took a long time to regain his health, to come to life, and it was not clear at all whether he would survive or not, whether he would be able to live a normal life after that. In the republic at that time there constantly were kidnappings, explosions, acts of terrorism, firefights. There was a very turbulent situation in Chechnya, and it resonated in Ingushetia — at that time, it was a very explosive and unstable region.

It has been 10 years — two presidential terms. Today we see Ingushetia as a completely different republic. Armed riots are in the past, the republic lives its own life, it has economic projects, established contacts with the countries of the Middle East, schools, hospitals, roads, gyms have been built. It is also worth noting that Yevkurov is not the head who ''closed'' the republic from everyone and any negative news from is not heard from there. No. The Ingush society is quite democratic, at the same time, it still lives by the principle ''yes, you are the leader, but first of all you are an Ingush, and if something is wrong, then we will ask you''. And Yevkurov lives with it. At the same time, he has repeatedly publicly stated the following, ''If I have created comfortable conditions, including for some democratic processes, it does not mean that you can behave as you want and do whatever you want.'' Thus he addressed not only to ordinary residents, but also to all sorts of provocateurs. The Ingush society is quite democratic, at the same time, it still lives by the principle ''yes, you are the leader, but first of all you are an Ingush, and if something is wrong, then we will ask you''. Photo: Roman Khasaev

In my opinion, Yevkurov thought, due to the established credibility, that people would respect the fact that the authorities decided to mark the frontier, returning to the old agreements, in order to finally fix it by law. Especially as this border not with America or Mexico, but with our brothers Chechens with whom we together endured many burdens, including deportation of the '40s. Probably, Yevkurov hoped that the people would treat it with understanding. It is unlikely he supposed that people rebel and say, ''Why you did not consult us?''.

But there is also another point. Six months before his re-election, an active struggle began in the elites, the media and social networks in the hope that Yevkurov's powers would not be extended. A normal in our realities work before the termination of the office of a governor. But all this did not happen — he was still reassigned. And then there the land issue has arisen.

Why is the land issue so important for the residents of Ingushetia?


I have always treated with great respect the opinion of the people who sincerely worries about any processes that occur in their region, especially for the boundary delimitation. Ingushetia today is the smallest region of our country. For Ingushetia, the land is everything (after religion, it is like mother), but then there appears the information that a fat piece of the land is allegedly torn off and given to another subject.