Nothing to spend. Russians again tightening their belts before growth of prices

The period of consumer sentiments recovery has been replaced by a rollback. According to Romir sociologists, real daily expenses of Russians in September have been the lowest since 2012, in most macroregions they have even declined. Rosstat also states a cooling, while VTsIOM experts note that the confidence of the population in fundamental economic stability has slightly shaken. Read more in the material of Realnoe Vremya.

According to a Romir research holding study, daily spending of Russians increased by 1,3% in September compared to August. It is significantly higher than the official monthly inflation rate, which was 0,2%. But in the longer period, the situation looked very different: in annual terms, the growth of expenditures was almost twice lower than inflation – 1,9% against 3,4%. Thus, Romir notes that the September expenditures cleared of inflation have been the lowest for all previous years of observations, except for 2012.

Three federal districts — Central, North-Western and Siberian — were the drivers of the overall growth of daily expenses in September; in other macro-regions the expenses went down (in the Urals and in the south of Russia it amounted to 5,6-5,7%, in the Volga district – 2,9%).

In the centre and north-west of the country, the level of spending was supported mainly by residents of Moscow and St. Petersburg. At the same time, spending in other million-plus cities has decreased by 1,4% month on month. However, they fell even more in the cities with a population from 500,000 to 1 million people — by 0,8% per month and 5,6% over the past 12 months. In the 100-, 500-thousand cities, there was recorded some growth in spending, which, however, was almost completely levelled by inflation.

Besides, the study has shown that the dynamics was uneven in different economic groups. Russians with high and middle income spent in September more than before, while in the low-income group spending fell. In annual terms, the growth of expenses (by 2%) occurred only in the most affluent group, in other categories spending stagnated. 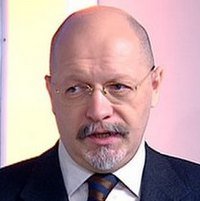 In recent times, the situation has been leaning towards what is they call pro-deflationary consensus – ''do not spend, keep money with youself'', says head of the monitoring research department at VTsIOM Oleg Chernozub. This model of behaviour began to dominate in 2015. In the last year, it has weakened, consumer sentiments gradually recovered, but now there has been a rollback. It is not yet clear whether this indicates a trend change or it is a one-time deviation.

According to Chernozub, the reduction in spending is not caused by a decrease in income — it is occurring against the background of general transformations in the economic and political sphere, which push households to more conservative behaviour; for the economy, this behaviour is not too positive.

''I will tell very carefully: there have appeared some signs that confidence in fundamental economic stability has shaken. For the first time in two and a half years, the population has agreed that the ruble fundamentally costs not 65 rubles [per dollar], in what they were absolutely sure in the spring of 2016,'' says Chernozub. 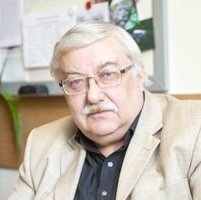 If we focus not on sociology, but on official statistics, we can say that there have been no fundamental changes. Retail trade turnover is growing (both in the food and non-food segment), which means that consumer activity has not decreased, says Georgy Ostapkovich, the director of the HSE Institute for Statistical Studies and Economics of Knowledge. ''On the other hand, the consumer confidence index calculated by Rosstat, which was growing for nine consecutive quarters, fell in the third quarter of this year. This is actually a negative trend,'' he says.

Russians are unable to counteract a rise in prices

Official inflation in September has been the highest in the last 14 months. Inflation expectations have also risen sharply since May. In September, Russians expected prices to rise by 10,1% in the coming year (median estimate of all responses).

Expectations of higher prices have been spurred by several factors. In the middle of the second quarter, there was a jump in gasoline prices. As the Central Bank notes, the impression of it has not disappeared until today: fuel has ceased to rise in price in June, but in September 36% of respondents continued to believe that gasoline prices would grow the most.

Then the August weakening of the ruble began to affect the expectations, although its real contribution to inflation is considered insignificant by the authorities. Meanwhile, the main factor is the upcoming increase in VAT. It has had little effect on the sentiments of the citizens so far, but at the end of the year the reaction may intensify. At the same time, the Central Bank recognizes that ''the scale and duration of the increase in inflation expectations are difficult to assess''. Only non-food products rose in price in September. For food products, on the contrary, it was observed a deflation (0,1% compared to the previous month). However, this is a seasonal factor associated with low prices for fruits and vegetables. According to Romir, in October it will probably come to naught. Thus, without taking into account fruits and vegetables, food prices have already begun to grow (eggs, meat, poultry, sugar and bread are becoming more expensive).

This has affected the average purchase size — in September it grew by as much as 4,8%. Sociologists believe that such change in the purchase size against the background of a modest increase in total expenditures suggests that ''the Russians have already felt a rise in prices and are unable counteract it.''