What's in a name: Kazan Airport will be named in honour of a great compatriot

Kazan Airport will soon get a new name — it turned out to be among 45 Russian ''nameless'' airports that the Public Chamber of the Russian Federation selected to participate in the project ''Great Names of Russia''. According to the plan of the initiators of the project, the names of outstanding representatives of these regions should be immortalized in the new names of air harbours, and a popular vote is to decide whose name will be assigned to the airport. About how the vote will be held in Kazan, what famous Tatarstan citizens are proposed to include in the list and what local aviators think about the initiative of the Public Chamber of the Russian Federation — read in the material of Realnoe Vremya.

Strangers are not allowed to vote, disputable politicians are not considered

Today Russia also has something to oppose the airports of Kennedy and Charles de Gaulle: the airport in Saratov is named after Yury Gagarin, in Ulyanovsk — Nikolai Karamzin, in Kemerovo — Alexey Leonov, in Rostov-on-Don — Matvey Platov, in Barnaul — Gherman Titov. The idea to continue the tradition to call air harbours in honour of famous representatives of the regions, as explained by First Deputy Chairman of the Commission for the Development of the Information Community, Media and Mass Communications of the Public Chamber of the Russian Federation Alexander Malkevich to Realnoe Vremya, was associated with the desire to awaken in air passengers (and not only them) the interest to the history of their homeland:

''In Russia, there are a number of airports that do not have any names, there is a practice to give airports the names of great citizens of the country abroad, and most importantly — this is the easiest and most convenient form to encourage in people of all ages interest in the history of their country. You arrive at an airport, you see a sign and you start to wonder whose name it is. They google, read the signs in the waiting room — and learn something new… So we do not turn into Johns who do not remember the history!''

Alexander Malkevich said that the main principle of the project will be the will of the citizens — residents of the region. According to the results of surveys through the websites of regional public chambers, through special groups of the Public Chamber of the Russian Federation in social networks and live, with the help of volunteers at airports, it is supposed to form long lists – the lists of names that are proposed to assign to airports. Then they will conduct an online voting, as a result of which each region will receive a shortlist, and at the second stage of voting they will determine the winner.

''Technically, it is planned to provide the opportunity to vote in each region only for inhabitants of the region, to exclude cheating of voices,'' Malkevich emphasized. 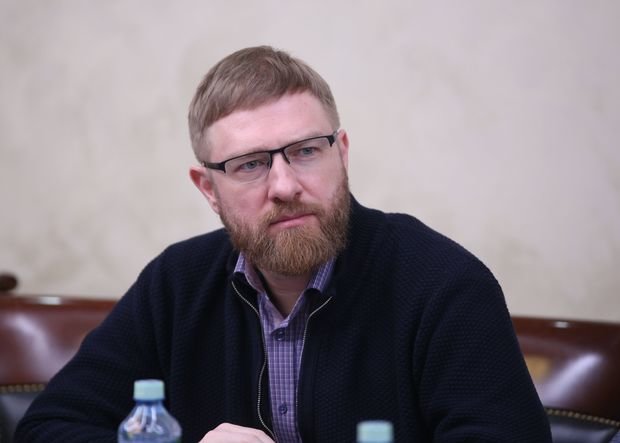 Alexander Malkevich said that the main principle of the project will be the will of the citizens — residents of the regions. Photo: oprf.ru

Another pre-announced condition of the competition is not to propose political figures of the 20th century as candidates because ''it can provoke a split in the society''. This is a reasonable alarm: the figures of Lenin, Stalin — really great, but it is for certain reasons can be warmly accepted in one place, and totally differently in other places…

''I always give the example of Omsk, where they fought both for and against the perpetuation of the memory of Kolchak. It would be great if you arrive and announce Kolchak Airport, but what polarization would it cause!'' reminded Malkevich.


Tatiana Zabegina, a member of the Public Chamber of the Russian Federation from Tatarstan, only from the correspondent of Realnoe Vremya learned that Kazan Airport is participating in the project ''Great Names of Russia''. This is not surprising: Zabegina in the chamber is a specialist for interethnic and interreligious relations. However, she willingly agreed to discuss who deserves to be immortalized in the name of the air gate of her native republic:

''The first thing I associate with Kazan, although this name is now unpopular — Lenin. Sounds nice, and the older generation associate Kazan with him, although Lenin still bore the name Ulyanov here… One more real candidate — pilot-hero Mikhail Devyatayev. This personality is bright, and he lived in Kazan for many years. Maybe they will offer another hero — Musa Dzhalil, this would also be a right decision. I personally love Tuqay — sounds good and sincere, in my opinion. After all, this poet so much and sincerely praised the unity of the Tatar and Russian peoples!''

But the representative of the pilots — the most seemingly interested in the name of the airport part of Tatarstan — Director General of Kazan Aviation Enterprise JSC Magomed Zakaryaev criticized the idea to pieces:

''They in the Public Chamber have no other work but to do this? Nonsense! Such initiatives should not come from above, but from below, from the regions, from the population. In Makhachkala — here the airport was given the name of twice Hero of the Soviet Union Amet-Khan Sultan, I believe it justified.'' 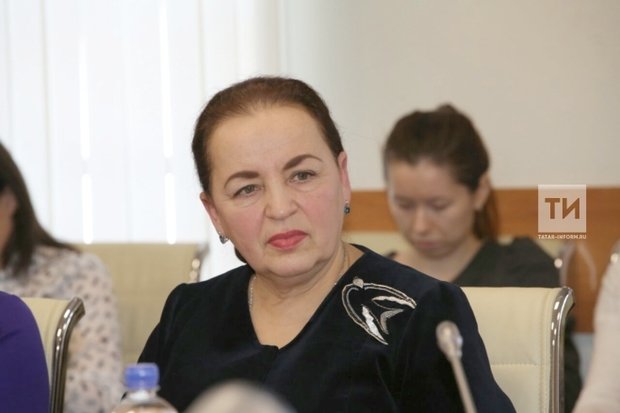 Tatyana Zabegina found out that the airport of Kazan is participating in the project ''Great Names of Russia'' only from the correspondent of Realnoe Vremya. Photo: tatar-inform.ru

As it turned out, Zakarzhaev is the opponent to give personal names not only to airports but also to aircrafts, he is not attracted to the prospect of flying on board with a famous name, even if it is the name, for a moment, Sikorsky. Names are suitable to give to sea and river passenger ships, he argues. After all, they are now, in fact, turned into comfortable hotels, but planes — just transport, though ultra-modern.

But since the competition for a new name for the airport will still be announced, Zakarzhaev have a suggestion:

''Devyataev is a worthy candidate, but, unfortunately, not so many people know him… Although he was a wonderful pilot, he did not lose his professional passion even at the age of 80. If we talk about Petlyakov — the younger generation knows little about him too. Besides, as a designer he was controversial, his PE-2 was greedily praised by ones and criticized by others. But in any case, in the number of candidates for the vote, in my opinion, it is necessary to include the deceased last year first director of the Kazan airport — Vladimir Nikolaevich Khusainov. He made this airport, created it from scratch!''

The first candidate — the fist president

Whatever they say, Lenin has little chances to become the airport man. But first President of Tatarstan Mintimer Shaimiev does have it, but all the respondents of Realnoe Vremya doubt that it will come to this.

''Perhaps, everyone will offer give the name of Shaimiev,'' suggested Tatiana Zabegina. ''It is clear: the first president of the republic, a very bright figure, worthy, but I would not risk to predict that they will choose him.''

''Logically, if we draw an analogy with the United States and France, in Tatarstan the airport should be the airport named after Shaimiev,'' said Magomed Zakarzhaev.

''Mr. Shaimiev is a very respected person, but it seems to me that he himself in the first place who does not need this,'' Alexander Malkevich believes.