''They have already killed trust by freezing contributory pension, now the question is how much worse they will do''

Russia is planning to change the formula for calculating non-contributory pensions, the system of points may be abandoned

The Russian government is considering to change the formula for calculating pensions, the points system may be abandoned, which was introduced just recently — in 2015. Since its launch, suggestions that this option doesn't work have repeatedly been given, besides it is very difficult to perceive and calculate. The majority of experts positively evaluate the possible cancellation of the contributory pension in points. Read the details in the material of Realnoe Vremya.

''90% of pensioners do not understand the system of points''

The Russian government is considering to change the formula for calculating non-contributory pensions and, perhaps, even abandon the system of points, Vedomosti reports. This conclusion was made in the publication, having studied the document ''Main activities of the government'' (ONDP). In addition, the information was confirmed by two federal officials and an expert who participated in the discussion of the issue. Another two sources said that it is only about changing the calculation of payments. However, even in the summer, a cancellation of the system of points was predicted by Russian Deputy Prime Minister Tatyana Golikova: ''It is a very difficult decision, but we will have to make it,'' she said.

Now the retirement pension is paid in two types: contributory and non-contributory. The individual pension coefficient (point) was introduced to calculate the second type, it is calculated each year of work (1 point is 81,49 rubles).

On September 28, shortly after reports about a possible cancellation of the system of points, the Russian Ministry of Labour Protection said that the government is not to considering to cancel the formula for calculating non-contributory pensions. The ministry added that the ONDP refers to a new order of indexation of pensions since 2019, and the new introductions are necessary in connection with the adopted amendments to the legislation. The information was also confirmed in the Secretariat of Deputy Prime Minister Tatyana Golikova.

However, experts assess positively the possible abolition of the system of points and believe that it is in any case doomed to failure:

''There are many complaints to the system of points. It is one-size-fits-all policy. If canceled, nothing bad will happen. But we need not separate changes, but radical reforms. It is necessary to develop a contributory system so that people understand what they pay for, so that the pension is commensurate with their income, which the point system does not actually provide,'' said former minister of economy of the Russian Federation Andrey Nechaev. As for the fall in confidence in the pension system due to the possible abolition of the system, of points, then, in his opinion, one should not fear this: ''90% of pensioners do not understand the system of points, so that in the case of its abolition the trust of the population will not fall,'' Nechayev suggests. ''It is necessary to develop a contributory system so that people understand what they pay for, so that the pension is commensurate with their income, which the point system does not actually provide,'' Andrey Nechaev believes. Photo: rtvi.com

Andrey Movchan, a financial expert, director of the economic program at the Moscow Carnegie Center, believes that the system of points in any case doomed and offers his own solution to the problem:

''From the point of view of the economy, the answer is simple — any system, except for the generally accepted, is unsuccessful. There is only one global and universal — money. The contributory pension system was good. But everything that is associated with points, ratings, results and penalties — the system needs a lot of resources to work, and it is pointless to compare them, all this is artificial. It would be necessary to create three types of pension: low, medium and high, which would accurately reflect the contribution of a person during his work,'' said Movchan.

''They will make it worse one way or another''

Points — it is an opportunity to conduct double calculations, so without them, according to experts, it will be at least more honest.

''I have a positive attitude to the cancellation of the system of points. Despite the fact that it turns out very interesting, those who in 2015 said that the system of pints would save us, the same people from the government then say that this system is ruining us. I do not even mention the fact that we spent 1-2 billion rubles on the infrastructure, introduction, maintenance of the system of points, which actually disappeared. The calculation of pension in points is an average indicator, as a result, it turned into a poverty relief,'' says the expert on pension issues, director for the development at the Agency network of the criminal code Solid Management Sergey Zvenigorodsky.

He does not foresee improvements in the pension system in the near future: ''One way or another they will make it worse. They have already killed trust by freezing contributory pensions, now the question is how much worse they will do. After 2040, the situation will begin to improve,'' Zvenigorodsky predicts.

And this is primarily due to the fact that the generation of the 1960s will be very small in number. In the meantime, at the moment we have to deal with the fact that we find ourselves in a growing demographic hole, because of which the number of pensioners every year will be more and more. Rapid and rapid deterioration is expected since 2023. Therefore, the possible abolition of the point system is just the straw that the government can try to spread. 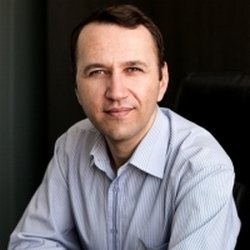 Zvenigorodsky has a lot of comments on the pension reform in general.

''World experience shows that the raising the retirement age does not lead to a decrease in the budget deficit, for which everything is being done. It can still work in the first three years, but then definitely not. I am sure this is not the last reform. Everything leads to that pensions that existed in the 20th century, in the 21st century will die. Pensions will be available for incapacity to work. Already today, pensions are similar to that everyone is paid the minimum amount. Ideally, what we need to strive for — a contributory pension, which the person himself puzzled throughout his life. And when he can no longer work by his own feelings, he writes a statement and begins to receive his savings. Today the pension is the minimum that allows you not to go begging near garbage cans. You should yourself think about the question of its formation,'' Sergey Zvenigorodsky commented on the situation to Realnoe Vremya.

At the same time, in the system with points, he sees another significant drawback — they can always ''cheat'' in the calculations, again, the value of the point varies from year to year, they need to make serious calculations. ''Without points it will be more honest,'' Zvenigorodsky believes.

Associate Professor of Project management, Economics and Entrepreneurship at the Ufa State Oil Technical University Rustem Shayakhmetov stressed how important it is to understand the goals and objectives of such changes:


''It is necessary to understand reasonably, it will be worse or better. We already see a sharp decline in the support for the authorities in Primorye, but the government, apparently, wants to continue to adhere to the chosen paradigm. They have pressed for the raising the retirement age, but what then? Pensions won't increase from it, then was it really necessary? While a different system is not mastered, it is not necessary to change. The system of points is not the best. But I'm not a supporter of dramatic changes. If you give it up, you first need to ask what we get in return. There should be a single pension system. We will face the consequences of the pension reform a little later. We have chosen the worst, the most rigid way,'' Shayakhmetov answered.