How Chelny accumulators and feedstock for composites melted Manturov’s heart

On 24 September, the Russian Ministry of Industry and Trade announced the results of a competitive selection of industrial clusters that claim 50% federal subsidy of import substitution projects in regions. Two Tatarstan projects were recognised winners for the first time – Bars Technology producing rechargeable batteries and Rosatom's interregional cluster uniting Tatarstan, Moscow and Saratov Oblast in the creation of polyacrylonitrile precursors. They were given the approval to receive 748,5m rubles of subsidies for 5 years. It's expected that next year Tatarstan will try to prepare other several projects from a reserve of six Tatarstan clusters. Realnoe Vremya tells the details.

This year Tatarstan has won the final stage of the competition for receiving federal financing for import substation projects of industrial clusters, which have been subsidised since 2014. The programme launched in accordance with the Russian Government's Decree No. 41 as from 28.01.2016. But applications of Tatarstan clusters were always thrown overboard of the federal programme. But two candidates have managed to be on it this year, they managed to secure 748,5m rubles from approved 4bn rubles of budget subsidies. A project of Bars Technology from Chelny producing rechargeable batteries in the mechanical engineering cluster and Rosatom's interregional composite manufacturing cluster, which has production capacities in the republic and in two adjacent regions, became one of the winners. Acting Minister of Industry and Trade Sergey Tsyb signed a respective decree on the winner-projects.

Budget investments to pay back in 5 years

This year 24 joint projects with a total need for subsidies equal to 6,8bn rubles have submitted their application for the competition. And the projects themselves were evaluated by a very strong pool of experts. As it's said in the final message, representatives of federal power bodies, development institutes, banks, public organisations were among the commission. The Association of Clusters and Technology Parks of Russia in the commission was represented by its director Andrey Shpilenko. They checked not only the compliance with formal criteria but also assessed the budget and commercial effectiveness of projects in detail. 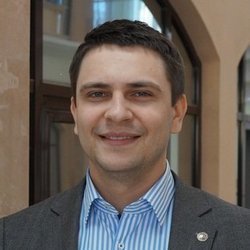 Firstly, the candidates for the subsidies needed to provide the project with at least 30% of their own extra-budget money, while founders of Bars Technology's project will invest more than 497,5m rubles or 70% of the project's value. Secondly, tax payments in 5 years must be equal to budget injections in a ratio of three to one, that's to say, almost completely go back to the budget. Though this money is targeted and non-refundable on paper. ''In our case, the yield was better: 1,5 times more per every ruble,'' Gaifullin noted. Thirdly, new jobs must have a higher salary than in the market on average. Four years later, Bars Technology plans to offer over 200 job opportunities (75 jobs during the first year). According to the programme's conditions, the budget investments aren't paid immediately, it's targeted tranches as every stage is fulfilled.

Rosatom to drive Chinese import out

So the commission under the Russian Ministry of Industry and Trade approved 17 joint projects with a planned volume of subsidised at 4,7bn rubles until the end of 2022. ''At the same time, the total volume of extra-budget investments in the projects will be almost three times higher than the volume of subsidies and total 13,8bn rubles. There will be created over 3,500 highly profitable job opportunities. Products of some projects also have export potential of over 1bn rubles to near and far abroad countries every year,'' it's said in the message of the Association of Clusters and Technology Parks of Russia. Bars Technology will open a factory manufacturing rechargeable based on EFB technology. The goal of the project is to reach production of 3 million accumulators for cars and 1 million industrial rechargeable batteries a year. According to Albert Gaifullin, the project of Bars Technology will enable it to become the leader of Russian production by 2020. This project was approved to receive 247,5m rubles of subsidy with a total value of almost 800m rubles. The project is already financed: 78m rubles have already been spent.

Rosatom's interregional cluster will be able to get twice more – 497m rubles. It's preparing to launch production of the raw material for composites – polyacrylonitrile fibre, which is to drive supplies from China out. ''The interregional industrial cluster Composites Without Borders created on the initiative of UMATEXGroup, a division of composite materials of Rosatom GC, got the support of the project to manufacture polyacrylonitrile precursors – the raw material to make the carbon fibre,'' says the association in the message. ''The project is of strategic importance to the Russian composite manufacturing sector and will enable to create a full polymer composite material production cycle in Russia by completely substituting imports of polyacrylonitrile fibre from China.'' Its capacity is 5,000 tonnes a year. According to Albert Gaifullin, the republic's officials vouched for each of these projects, while its fulfilment will be controlled by regional authorities. The interregional industrial cluster Composites Without Borders got the support of the project to manufacture polyacrylonitrile precursors. Photo: kazan2013.ru

It's expected next year Tatarstan will try to prepare several projects from a reserve of six Tatarstan clusters for the competition, said supervisor of cluster projects, Director General of PharmMedPolis Albert Gaifullin. According to him, the biggest number of clusters is registered in Tatarstan, the protection mechanism is well oiled, this is why there are chances of winning again. But the state import substitution support programme is to end in 2020, in fact. But he hopes it's likely to be expanded.