Russians asked not to panic because of the ruble collapse

The Russian stock market has reacted to the message of the US State Department on new sanctions against our country by a sharp collapse of the ruble. The dollar has risen by 2 rubles, the trading on August 9 on the Moscow Exchange was also opened with a significant decline in the exchange rate of the domestic currency. However, after noon, it was adjusted. More information about the situation — in the comments and forecasts of Realnoe Vremya experts.

The ruble falls to a record level

The ruble fell sharply amid reports of new sanctions against Russia. On August 8, the US State Department announced new strict restrictions against our country, linking them to the case of poisoning former GRU Colonel Sergei Skripal and his daughter Yulia in British Salisbury. The first package of sanctions is expected on August 22.

Almost immediately, the news caused the fall of the Russian currency: the dollar rose by 2 rubles to 65,55 rubles/$, the euro rose by almost 2,5 rubles to 75,5 rubles/€ on August 8. Next morning, the trading on the Moscow exchange opened with a new sharp decline in the ruble. The dollar surpassed the mark of 66 rubles/$ for the first time since November 2016. The euro at the beginning of trading rose above 77 rubles/€ for the first time since April 2018, however, then fell.

'Guys, most of you already missed the moment to withdraw from the ruble assets' 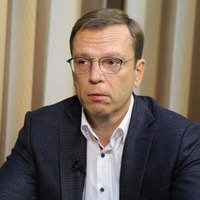 Doctor of Economics, Professor Nikita Krichevsky complained that ''the know-it-alls usually advice for such cases to withdraw from the ruble assets. But where? To pre-sanction dollars? To misty-looking euros? To falling stocks, for example, #Aeroflot, which has recently dropped 8%? Where? No, guys, most of you missed the moment to withdraw from the ruble assets last week.'' Commenting on the situation in the stock market to Realnoe Vremya, the expert continued his idea that it makes no point to take any action at the moment:

''I see no collapse, I see panic. Of course, it is too late to save ruble assets. I recommend only one thing — to stay put, otherwise you will be a herd, run to the exchangers and will be those on whom the stock and currency markets hinge. Gentlemen, decide what you want: to earn on the fall or to keep the money. You live in rubles, earn in rubles, pay in rubles, prices do not grow until at least apartments and cars are in rubles. If you want to keep your assets, then quietly go and open a deposit and put rubles there. If you want to make money, you will be pressed because a herd in the period of panic — it is the mechanism that allows those who are smart to make money. Better sit quietly, watch how things will develop. The August 22 will introduce not the most terrible sanctions for the financial market,'' says Nikita Krichevsky.

''Given the general weakness of Russian economy and the lack of reasonable reforms, the ruble should fall''

Economist, Professor at the European University, Member of the Committee of Civil Initiatives Dmitry Travin assesses the situation in a similar way: 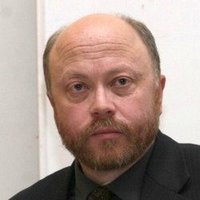 ''The ruble has already fallen so many times in my memory in Russia, this month marks the 20th anniversary of the biggest fall of the ruble. In principle, nothing new is happening now. Of course, given the general weakness of the Russian economy and the lack of reasonable reforms, the ruble should fall from time to time compared to the currencies of really strong countries. So there is nothing surprising. I think that the US sanctions are a direct impetus, and here I agree with the assessments that mainly dominate.''

In terms of recommendations, the interlocutor also believes that the time of active actions is lost: ''I have been answering this question for many years with a standard phrase, because I am asked when the ruble is already falling: you should have think about this earlier! Because at the time of the fall it is impossible to tell something for sure. There were many cases when this fall increased, but not less cases when after a panic everything bounced back. So how the situation will develop this time: whether the ruble will collapse even more or will bounce back — we do not know. If the Americans no longer take serious sanctions, and oil during this time grows, the ruble can bounce back.''

Doctor of Political Science, Professor at Ranepa and expert on geopolitics Vladimir Shtol believes that the approach to addressing the issue of sanctions and so-called retaliatory measures is counterproductive and can lead to no good cause: 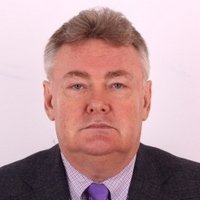 ''From the point of view of this 'fighting' of the two economies, it is certainly difficcult for us with the West. We should understand that sanctions and counter-sanctions cause damage to both sides, no one benefits from this, and therefore getting involved in sanctions against us — it will not bring us any benefit, and there is absolutely no sense in this. The West is trying to use sanctions against us, they are absolutely illegal from the point of view of international law because such sanctions can be imposed only by the decision of the UN Security Council, which did not happen, do not, and most importantly, will not happen, because Russia has the right to veto the blocking of any decision of the UN Security Council. Naturally, we are not masochists and will not allow ourselves to impose any sanctions, so this issue is a dead end from the point of view of existing international law. Therefore, what is happening against us is an ordinary trade war,'' Vladimir Shtol said.