Russia becoming poor. Moscow and Tatarstan give the impression of income growth in regions

A growth in real disposable income (RDI) of the population, which began in early 2018, was perceived by many as a sign of final victory over the crisis. But it was not so simple: the main source of positive statistics was pre-election payments to public employees, and only a few regions became drivers of overall growth. At the same time, the crisis has not finished in most of the country. Read more details in the material of Realnoe Vremya.

The January 2018 was a kind of boundary — the month when the decline in real incomes of Russians finally stopped: they did not grow, but almost for the first time in several years they did not decrease even by a tenth of a percent. In the following months, Rosstat began to record revenue growth, as a result in the first half of the year they increased by 2,6% in annual terms. However, taking into account 5,000 rubles, which were paid to all pensioners in January last year, the growth was slightly weaker — 1,6%.

Since November 2014, real incomes of the population have been falling for 26 consecutive months, and in general this trend maintained for 38 months (except for two exceptions in 2017: in January the RDI increased by 8,1%, in June the dynamics was zero). Therefore, for someone the January turning point of the income situation seemed to be a marker of the fact that the most difficult social consequences of the crisis were overcome. 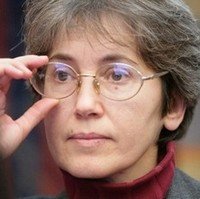 However, Natalya Zubarevich from the Institute of Social Analysis and Forecasting at Ranepa claims that everything is not so simple. According to her, ''for a large part of the country's population, the crisis decline in income has not ended yet.'' In the latest issue of Monitoring the Economic Situation, Zubarevich writes that the source of positive income statistics was additional payments to state employees before the presidential elections, thanks to which real wages in the first quarter increased by 9,5%, as well as the indexation of pensions at the beginning of the year. Shortly after the elections, the dynamics of wages slowed, and the growth of RDI almost stopped (+0,3% in May and +0,2% in June compared to the same last year).

Besides, Russian real income growth was mainly driven by several regions — Moscow, St. Petersburg, Tatarstan and Tyumen Oblast — while citizens' incomes continued to decline in most of the country. 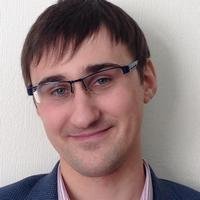 Complex economic indicators show that the situation in the regions is slowly but still reviving — according to many indicators, the decline began to stop in 2016, says Stepan Zemtsov from the Institute of Applied Economic Research. As for real incomes, they have been declining in most regions for several years, and there are no significant changes yet. Growth, if it happens, is due to the large budget sector or one-time allowances to pensions — and in the next quarter we see a reverse rebound.

''I personally do not see any objective prerequisites for a long-term growth of incomes. Due to what can they grow? Economic growth is still very weak, the economy structure has not changed, and we are still heavily dependent on energy prices,'' says Zemtsov. ''And if you think on a global scale, we are entering a cycle of changing technological structures. As you know, at this stage the cost of natural resources is reduced.''

The state of regional budgets improved since last year, and this process continued in 2018. At the end of the first 5 months in only one region — rich Sakhalin Oblast — consolidated budget revenues decreased due to the redistribution of a significant part of the income tax in favour of the federal centre. In general, budget revenues increased by 10% by January-May 2017, and this is the highest rate since 2011, the monitoring states.

Sevastopol was doing best, as its revenues increased by 44% at once due to an increase in federal transfers by 2,2 times. The revenues of the budgets of Khanty-Mansi Autonomous Okrug, Yakutia and Tyumen Oblast increased by 29-38% — but this is the effect of the low base last year.

Due to additional payments of salaries in order to implement the May Decree, income tax revenues have increased by 13% — such dynamics have not been observed since 2008. 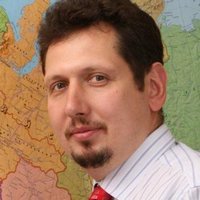 Perhaps, the main reason for the growth of budget revenues was the need to raise wages in the budget sector — the increase just was at the beginning of the year, says economist and regional expert Vladimir Klimanov. This has played a major role, as budgets are heavily dependent on personal income tax. The growth of income tax revenues could also support the budgets against the background of high oil prices and some revival in the commercial sector.

At the same time, expenses increased by 9% compared to the same period last year. Before the elections, the regions always increase social spending, which has occurred this time as well, explains Zubarevich. Spending on culture (19%) and health care (14%) grew the fastest, spending on education and social policy increased by 9%.