Maksim Chudov: ''It was complicated to show a result at the Olympics in Pyeongchang amid such an imbalance in the country''

This year Maksim Chudov has a sad anniversary. It's been five years since the ''Ufa rocket'' announced the end of his career. But Mr Chudov doesn't have the time to be sad. It's been personally proved there was life after elite sport. In an exclusive interview with Realnoe Vremya, the three-time world champion in biathlon and 2010 Olympic medallist in Vancouver told about reality, biathlon and football.

''World Cup in Bashkiria? It's colossal costs. Everything turns on the republic's possibilities and desire''

How is Bashkir biathlon doing today?

I've been a bit far from it since 2013. But I help children, athletes, everyone as much as I can: I bring and hold sports events for young athletes. At the moment, there are athletes who go on doing sport. Bashkiria has two biathletes who are in the first team – Anton Babikov and Eduard Latypov, there is also a growing generation. There is growth, the coaching staff works. Of course, there are complicated moments too – in financing, providing full-fledged training camps. But optimisation is held across the country, the complications are linked with it. In general, parents and children are interested in both skiing and biathlon.

Is it real to hold a World Cup stage in Ufa?

It's necessary to obtain a certificate for the stadium to hold the World Cup, our Biathlon has certificates to hold IBU Cups and the European Championship. The World Cup is a bit different story. It's another level and requires additional costs to slightly modify the facility of the competition – to widen the trail, for instance, change illumination, direction, terrain. It's colossal costs. But if our republic is interested in this very important competition, in fact, we have chances. Moreover, our region is snowy, Europe has had problems with snow in recent time. 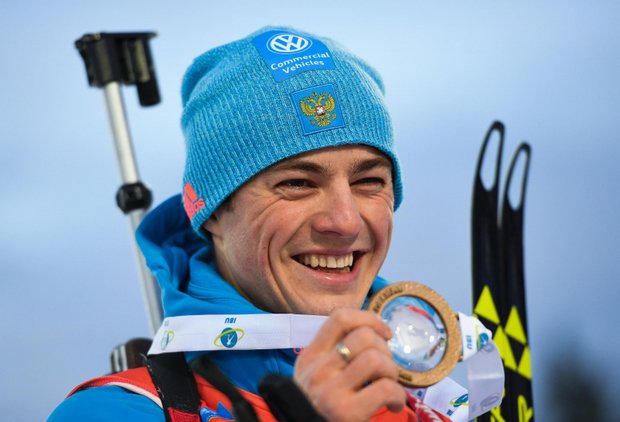 ''Babikov will have everything as time goes by, it's a young biathlete. He has an aspiration, a desire, and, most importantly, huge possibilities.'' Photo: skisport.ru

What does Anton Babikov lack for stability?

Actually, he will have everything as time goes by, it's a young biathlete. He has an aspiration, a desire, and, most importantly, huge possibilities. When we started to do sport, we didn't have such conditions. While here you are, everything is for you, there is everything, including support. In addition, possibilities increase when preparing in the national team, of course. This is why this needs to be used to the max, and one shouldn't be distracted by unnecessary things but work to get a result with great concentration. We can only judge by what we see on TV. Again, we don't know the training process. When I did sport and competed, I completely trusted the coaches, the federation and thoroughly dedicated myself to the training process. What are we seeing now? The national team's members haven't had due contact with the coaching staff in the last years. Again, I don't know why. But, in my opinion, this is incorrect. There must be contact, development – athletes need to share their opinion, inform about their physical state, share their requirements within reason with the coaching staff and officials of the federation. One can achieve big results only this way. Mutual understanding and support of the family and friends are also very important factors.

Can we hope new Olga Vilukhina will appear in Bashkir biathlon?

Conditions need to be created for this purpose. It's necessary to develop biathlon, it's already simply died in some cities. We used to have five-six biathlon centres in the republic, including in Ishimbay, Beloretsk, Mezhgorye, Abzakovo, that's to say, good athletes came from there anyway. The conditions were amazing. It's necessary to simply made it public, raise for discussion if this sport is important in our region, choose priorities. And, of course, we have many good athletes, including girls. But many people go to other regions, perhaps not accidentally. It's necessary to support not only those who have achieved something but also those who just start to do sport. Parents should see their kid is protected, provided with necessary equipment. I'm not talking about multimillion contracts now. Support can be different – in studies, education, medical service. Not everyone from an ordinary family can afford some things. This needs to be communicated to the federation, which, in turn, must be heard by the republic's government, that's to say, this all is intertwined, in general, we need to have one big business. Another thing is that it's not expressed, and this is sad.

The coaching staff in the national team is changing again. What can we expect from it?

In any case, there will be changes, there will be another work. It's evident all people wait for the best performances after a long break. The time will show how it will look actually. Changes are needed, of course, new coaches are needed, new blood is needed to achieve good results.

What were you talking about with Bjørndalen when he covered the distance wrongly?

It's an old story. I don't see any sense in raising this all. We heard each other, and we agreed to differ – I will say in general terms not to stir the public up. ''The guys simply failed psychologically, and I understand them in this respect. We shouldn't tell off, accuse them of not having medals. It's no use crying over spilt milk, we need to let it go and move forward.'' Photo: gazeta.ru

Why did our athletes perform so badly at the last Olympics?

There was huge pressing. We saw the guys who could maybe have shown off went there. But it was actually complicated amid such an imbalance in the team and the country. Someone handled it, someone didn't. It's a good lesson again, strong motivation to recover and show the highest results in the future. The guys simply failed psychologically, and I understand them in this respect. We shouldn't tell them off, accuse them of not having medals. It's no use crying over spilt milk, we need to let it go and move forward. It's a world problem, Russian problem. I think now everything will be fine, there will be a mutual understanding, and everyone will come to an agreement.

Why does biathlon have a higher transmission rating among all ski sports?

It happened when the first furore of this kind took place in 2007, you know, we won the relay race for the first time in 15 years. This gave an impetus, we began to perform better and better. Positive emotions, comments came from here, more attention started to be paid to biathlon. We appeared – such key figures who were open to the press, who were shown, journalists told about us, the athletes who told about their achievements. The same careful attention is paid now, but the results are the worst in comparison with those achievements. A change must be painless, gradual, while we don't have it. Everything is painful in Russia: someone left the sport, there is a failure, move on. Foreigners go through it smoother.

What are the advantages of winter and summer biathlon?

Availability is the advantage of summer biathlon, first of all, in the countries that don't have snow, or it falls late. The interest in this sport is colossal. In general, special conditions aren't needed, roller skiing competitions can be held right here, around the White House (Editor's Note: the House of Government of the Republic of Bashkortostan), while one can shoot with an air gun, it's so cool! One just needs to do it. While winter biathlon is winter, other colour, another presentation. Competitions energise the people to warm up, the emotions are a bit different. ''Availability is the advantage of summer biathlon, first of all, in the countries that don't have snow, or it falls late. The interest in this sport is colossal.'' Photo: biathlonrus.com

''I have a task to fill Dynamo stadium to the max''

What is it more interesting: to be a mayor of the Olympic Village or director of Dynamo?

Both things have their pros and cons. When I was the mayor of the Olympic Village, it was complicated to understand that you have a completely different role after skiing on the trail. But it was pleasant to be among the athletes who are close to you. As for Dynamo, I've been the first deputy chairman of the regional public organisation of the Republic of Bashkortostan on 25 July. It's pleasant there is such trust. Like in sport, one needs to start from scratch, with complicated moments. I've already had in sport, and I will do it here together with the team. We will at least try.

What changes will take place at Dynamo stadium?

Superficial repairs are done now. As for sports part, I have a task to fill the stadium to the max, so that Dynamo will remain a popular place uniting different federations of the organisation, Dynamo's movement will live and develop. We plan to create a site for beach volleyball here, near the football pitch, because this sport is very popular now.

We'll see how big the site should be. Why not? ''I have a task to fill the stadium to the max, so that Dynamo will remain a popular place uniting different federations of the organisation, Dynamo's movement will live and develop.'' Photo: rb7.ru

What's the most valuable medal in your career?

In any case, it's an Olympic medal for any athlete. It's not an exception for me. And, of course, the first medal in 2003 when I won a silver in the world junior championships is valuable for me, it was my first international award.

The son hasn't already followed in his father's footsteps. He is 7 now, he goes ballroom dancing, he has a bit different constitution. He likes music, dance, art more. I can't make the kid do what he's not interested in. He gets a buzz out of his classes, and I only support him in it.

During one of the direct lines, you said you liked cars. Have your dream of purchasing the desirable model come true? Or do you still dream of having a cool car?

I have another dream. But in the past, when I purchased an Audi 7, it was a cool car, I enjoyed driving it.

To be honest, France's victory in the final was the last thing I wanted because their rivals had never reached a decisive match. And if they had won, it would have been a furore! But the strongest team wins, and we saw the Frenchmen were much stronger than the other teams.

What about the national team of Russia?

The national team of Russia did a great job, anyway. We saw them go and fight, we saw their eyes burn.

What are your impressions of this cup?

The World Cup is a colossal event for our country, with huge costs. But, in any case, everything remains here, nothing goes away. A very important, key moment is that the stadiums built for this cup must be smartly used in the future.