'We just love to dance': a new scandal in Kazan because of twerking in front of Kol Sharif Mosque

A 20-year-old blogger who danced in the Millennium Square ‘’did not want to offend anyone’’, but received ‘’the red card’’ from the Muslim community

Anastasia Malysheva, a 20-year-old fitness coach, dance teacher and blogger made a dance video in front of a Kazan attraction – the mosque Kol Sharif. However, the Muslim community did not appreciate the gesture, accusing the girl of insulting the feelings of believers. The Muslim Spiritual Board of the Republic of Tatarstan is preparing an official statement, and the heroine herself says that she did not want to offend anyone, she just loves to dance. Read the details of another scandalous story in the material of Realnoe Vremya.

'We just love to dance'

Blogger from Moscow, fitness coach and dance teacher Anastasia Malysheva has recently passed along the beaten path. If at the time the public censure was caused by a video of Tatar singer Rezeda Ganiullina, who starred in sexually explicit outfits in front of the White Mosque in Bolgar, now the believers attacked a 20-year-old girl who made a video with a dance with elements of twerking in front of Kol Sharif Mosque. The video has nearly 900k hits (with 1,3 million subscribers), and the number of comments exceeds 3,5k. While some began to condemn the girl for insulting the feelings of believers, others actively began to defend her, seeing nothing wrong with her dancing in shorts in front of the Kazan attraction. However, the insulted Muslims have already told her in the comments that they have sent complaining letters to the MSB RT and the Council of Muftis of Russia.

Anastasia Malysheva did not expect such reaction. She sees nothing reprehensible in the video and explained that she did not intend to offend anyone.

''When we were making the video, I did not think that it would be such a sensation. First, we are not even dancing on the mosque territory. Second, the Kremlin is the most beautiful attraction in Kazan, and I was in Kazan for the second time, so we decided to make a video on its background. Third, I always dance in public places, for example, on Red Square in Moscow, but there were almost no dissatisfied commentators, it's amazing, in fact. I respect all religions, we did not want to offend anyone, we just love to dance, peace to everyone,'' the girl replied, adding a smiling smiley at the end of the comment.

Rector of the Bolgarian Islamic Academy, Deputy Chairman of the MSB RT Rafik Mukhametshin gave a comment to our publication. 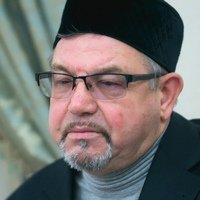 ''Our society is democratic, but also multi-confessional. Therefore, of course, there is the sense of faith, some treat it with trepidation, so many people perceive such things as an insult. They should be treated with caution. Many believers think that such people do not understand that they live in a multi-confessional society, that they emphasize with their behaviour that for them the sense of faith is something secondary. Therefore, of course, such things should not take place,'' Mukhametshin expressed his personal opinion.

Muslim blogger and columnist for Realnoe Vremya Rasul Tavdiryakov notes that most likely the guys did not have bad intentions, but nevertheless they hit a sore point.

''Young people want hype. They did it without any second thoughts, I do not think that the guys specifically provoked and escalated the situation. But it just so coincided that the situation between Tatarstan and the federal centre is going through hard times, and it contributed to the complicated relations. When the situation is tense, people are a bit angry,'' says the source.

He sees the main problem of young people in the lack of education that she was not explained what is good and what is bad. 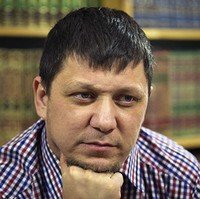 ''The work with young people is not carried out — they are lost and do not know where the moral frameworks are: where you can go and where not. So for them it's no big deal: well, they danced in front of the symbol of Kazan, hyped, got hundreds of thousands of likes. But thereby they may provoke a scandal and awaken in others the angry feelings, of course, they were not thinking about it,'' said Rasul Tavdiryakov.

In his opinion, these guys need to be punished — so that others understoond what to expect from this kind of hype: either a lot of likes, or punishment of administrative or even criminal nature.

The participants of the dance performance in front of Kol Sharif Mosque should be punished with a fine, the Muslim blogger believes. 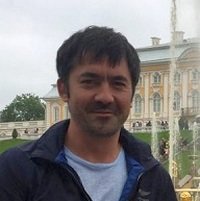 ''First of all, I think she just decided advertise herself and now all the hype and the fact that you publish it plays into her hands, she just wanted thus to promote herself. I think that a normal, sensible person will simply not pay attention to this, especially since she does not dance in the mosque itself, but in the square. Inside, she wouldn't risk it because she could anger the believers. In this case, such inadequate tourists and people can be many, there is not enough forces to write about all of them,'' the interlocutor of the edition considers.

The MSB RT in response to the request of Realnoe Vremya prepares an official comment on the situation. It was not received at the time of the publication.