Head of Bashkortostan Rustem Khamitov has recently proposed to launch a new production of soda ash. Thus he decided to put an end to the dispute with the Bashkir Soda Company around the mount Toratau, in defence of which many public figures speak. Gumerovskoe deposit is being considered as an alternative to the shihans (and the Soda) as a source of raw materials. At the same time, its development can be given to people with a dubious reputation. The correspondent of Realnoe Vremya investigated the situation.

Head of Bashkiria Rustem Khamitov entered the active phase of confrontation with the Bashkir Soda Company (BSC), behind which there is former presidential envoy to the Volga Federal District Grigory Rapota. The raw material mined by the BSC for the production of soda ash from the former shihan Shakhtau goes out. Now the Soda is going to develop the mountain Toratau (Tratau), which the concerned local residents have taken up to protect. Rustem Khamitov also supported the activists. There is a dilemma: on the one hand, the preservation of the natural monument, a kind of sacred place for the Bashkirs, on the other hand, the salvation of the industrial giant, almost the only soda producer in the country, plus thousands of jobs. Not only well-known political experts, but also federal ministers have joined the conflict. In the conditions of considerable political and information pressure on the head of the region, rumours about his resignation appeared again. In order to steer the situation, Mr Khamitov again proposed to develop Gumerovskoe deposit. Tau-Neftekhim company, which partnerships with Tatarstan elites, should become a lifesaver in this case. 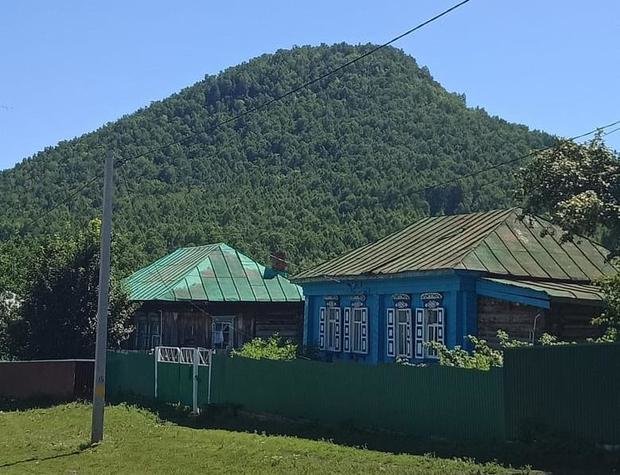 From hand to hand

Forty-five kilometres away from the Bashkir city of Sterlitamak, there is a wonderful place — Gumerovskoe ravine. However, recently it is called the Gumerovskoe deposit of limestone and, as a baton, it is passed from hand to hand.

Studies of limestone reserves at Gumerovskoe deposit began in 2012. Then the company Ishimbay Limestone was established, which was founded by two individuals. It obtained the rights for exploration and development of Gumerovskoe deposit. In 2015, Bashkiravtodor joined the membership, and then it was replaced by Regional Fund — the largest operator of state-owned Bashkir enterprises. All this happened during the period of active ''sale'' of Gumerskoe deposit of the Bashkir Soda Company as a raw material alternative — instead of shikhans.

In November-December 2015, active works were carried out in the ravine: glades were cut down, samples of limestone were taken, which were sent to Rosnedra. In July 2017, experts of Rosnedra made a conclusion – Gumerovskoe limestone is not suitable for the Bashkir Soda Company by its chemical properties, but it can be used for the production of soda ash at other technological capacities. The reserves of pure limestone at Gumerovskoe area was estimated at 4,58 million tonnes, but the ''dirty'' one of C2 category, turned out to be much more — 52 million tonnes. After this conclusion, the Regional Fund lost interest in the deposit and withdrew from the project. The majority stake of Ishimbay Limestone from the end of 2017 passed to the company Nedvizhimost PLC of Joseph Rutman, an entrepreneur from Sterlitamak.

The company has already stated that Gumerovskoe limestone will serve as raw material for the new soda production. Bashkiria used this statement as a lifeline: it is not necessary to develop shihans and, at the same time, it is possible to avoid accusations of closing the strategic production, because instead of the BSC there will be another one.

The sphere of interests of Joseph Rutman is extensive: from petrochemistry to trade, but the main asset — the company Tau Neftekhim. It manages two large chemical plants in Sterlitamak – the petrochemical plant (SNKZ) and Sintez-Kauchuk. The entrepreneur from Sterlitamak owns Tau-Neftekhim in equal shares with Damir Muginov, a businessman from Ufa. By the way, at the end of May Tau-Neftekhim concluded a deal with Tatarstan Ak Bars Bank for a loan of 1 billion rubles. In 2017, the company's turnover amounted to more than 20 billion rubles.

Criminal cases against businessman Joseph Rutman arose because of the opposition around a major shopping centre in Sterlitamak — City Mall. Rutman's company Nedvizhimost also claimed the plot of land of 7 hectares, on which the shopping complex was built, but it lost the auction. At the same time, the winner — V-Trust PLC — was accused of illegally receiving the land plot and failed to fulfil the investment obligations for the laying of the heating main worth 360 million rubles.

The losing side linked V-Trust with the Bashkir Soda Company, as one of the former managers of the company appeared among its founders. Two years of court proceedings followed, in which the rights to the land remained with the V-Trust. Then in January 2017, several people from the environment of the head of the security service of TAU group Eduard Vasilyev rebought V-Trust from its director. 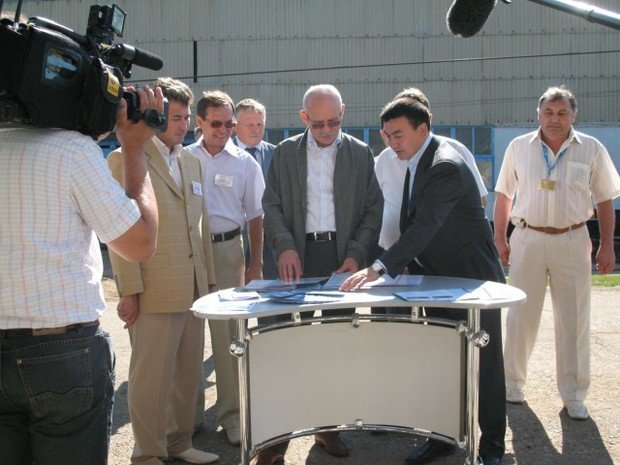 The suspicious transaction drew the attention of lawyers involved in the liquidation of the company, and appealed to the police. Representatives of the Ministry of Internal Affairs in Sterlitamak initiated a criminal case of fraud, and it is unlikely that it would have resulted in something serious if not the attempt to bribe one of the leaders of the Bashkir Prosecutor's Office. The investigators considered that the bribe had been prepared for the termination of the case of fraud with V-Trust.

The suspects were planted a person who conducted video — and audio records. He provided the information that Joseph Rutman could be involved in these cases. Attempts to interrogate the businessman didn't resulted in anything — he disappeared outside Russia. In September 2017, the businessman was put on the federal wanted list. By the way, starting from that time the interest of the agencies associated with him to Gumerovskoe deposit appeared.

As for the other members of the group, including Eduard Vasilyev, their cases are now being considered in the Sterlitamak city court.

The criminal prosecution of second owner of Tau-Neftekhim — Damir Muginov — began in July 2018. On the night from 7 to 8 July, the department for combating economic crimes and corruption of the Ministry of Internal Affairs of Tatarstan conducted searches in the offices of Tau-Neftekhim. They seized accounting documents for 2015-2018. According to Kommersant newspaper, in total of 171 bags of documents were seized. Representatives of the chemical giant protested against this, considering that the police exceeded their authority.

At first, a new search in the company was perceived as a continuation of the confrontation with the BSC, but it turned out that the wind was blowing from the other side. A week after the searches in Sterlitamak, the police came to the management company Arkada, owned by Muginov, as well as to the hotel Tan in Ufa, and the searches followed again. The reason is the investigation of the circumstances of the transaction with the land plot in Ufa on Zorge Street. In 2013-2014, about 9,000 square metres of land were alienated from the municipal property. The agencies of Damir Muginov bought the land for 15 million rubles, and then resold it for 140 million rubles to the company Gorod. The sphere of interests of Joseph Rutman is extensive: from petrochemistry to trade, but the main asset — the company Tau Neftekhim

The investigation of this transaction is ongoing. The official who signed documents on land cession — Deputy Head of the Department of Land and Property Relations at the Administration of Ufa Eduard Sardarov — was placed under house arrest for 40 days.

In the conditions of all these criminal intricacies, the theme of Gumerovsky deposit and the new soda production have not remained forgotten. On June 6, Rustem Khamitov said that he would go to the Russian government with a request to support the construction of the new plant in the Ishimbay district of the republic. In mid-July, the Chinese company TCC Group developed a feasibility study for the investment company Taurus, associated with TAU, for the construction of the new enterprise.

Another party in interest — Bashkir Soda Company — did not comment on the events, stating that the issue with Gumerovskoe deposit is closed for them after the conclusion of Rosnedra. A person close to the company said that there is no fear of competition in Russia.

''The cost of one tonne of soda ash produced in Sterlitamak from the raw material of Shakhtau is $70. After its transportation to consumers, it increases to $90-$100. The cost of American soda, which is produced by surface mining and initially cheaper than ours, in the port of St. Petersburg costs $110. Turkish soda, imported to the country, costs about the same. All new projects will be significantly more expensive and the market will be lost. The only way to preserve the production in Russia is to continue to develop shihans. The company is not interested in Gumerovskoe deposit either chemically or for economic characteristics, the project never pays off. The reserves of raw materials in it in the C1 category are estimated at 4,58 million tonnes, that is, a ''million'' plant will be able to work on this limestone only for a few years. Statements about the construction of a new soda plant should be taken simply as statements,'' a source close to the leadership of the BSC told Realnoe Vremya. 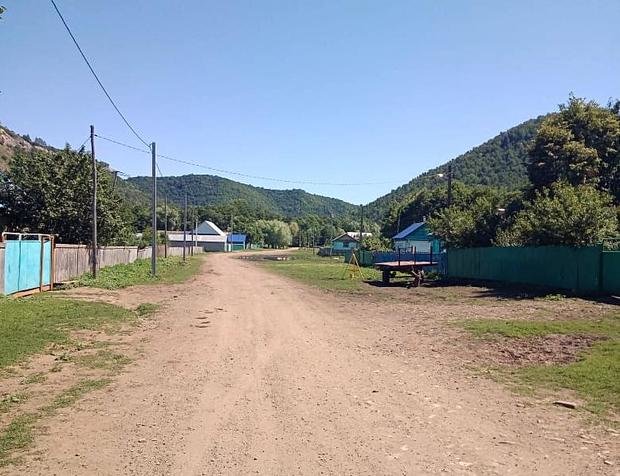 The fate of Gumerovskoe deposit seems to be sealed

However, the fate of Gumerovskoe deposit seems to be sealed. It will not be left alone, sooner or later it will turn either into soda or road rubble. Therefore, those who want to enjoy its virgin beauty have very little time.